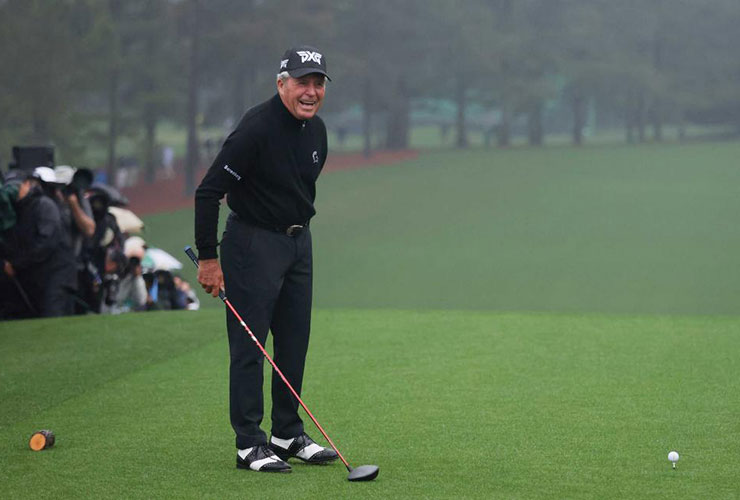 By Dave Shedloski
Memorabilia belonging to Gary Player has been put up for auction without his permission for the second time in three years. And the nine-time major champion isn’t too happy about it.

The 86-year-old World Golf Hall of Famer from South Africa took to Twitter and Instagram to issue a statement that his son, Marc, who managed his business affairs for more than 20 years, had put a number of items, including some of his trophies, up for auction without his consent.

“I would like to draw the public’s attention to the fact that several trophies and other pieces of memorabilia that form part of my legacy have been put up for auction by my son and ex-manager, Marc,” the statement read. “These items belong to me and I have taken action to recover them. I have placed no items for sale — whether by auction or otherwise.”

A statement on the unauthorized sale of Gary Player trophies & memorabilia. pic.twitter.com/2tilBplJOL

Marc Player, contacted via direct message on Twitter, wrote that he was traveling and would not be available for comment until Tuesday.

James Throssell, brand and legal counsel for Gary Player and his grandson, responded to a Golf Digest inquiry via email, writing: “The auction house has taken the trophies down from the online auction and is holding them pending resolution of the dispute.” Throssell added that he was not at liberty to identify the auction house and that Gary Player is enforcing a confidential settlement agreement with Marc Player entered into last year.

Among the items, Throssell wrote, are “goods that Mr Player either won tournaments with, was given [to him] by sponsors [tournament bags etc.] as well as trophies won by Mr Player during his career”.

Throssell wrote that Marc Player was entrusted with the items during his tenure as his father’s manager “with the belief they would be taken care of with Mr Player’s best interest at heart”.

In December 2020, eight of Player’s trophies, including replicas of four of his major championship trophies, were auctioned by Golden Age Golf Auctions. The four major trophies raised a combined $578,843. At the time, Golden Age Auctions said the trophies “were previously sold to a private collector to raise money for charitable causes”.

“These trophies have been put up for auction without my permission,” Player, one of five men to win the career grand slam, said in a statement at the time of that sale.

Gary Player’s eldest son Wayne was at the centre of controversy at the 2021 Masters that resulted in his removal from the grounds of Augusta National Golf Club and subsequently being banned from the tournament. During the honorary starter ceremony, Wayne Player, serving as his father’s caddie, conspicuously displayed a sleeve of OnCore golf balls as Lee Elder, who broke the tournament’s colour barrier in 1975, was being introduced on the first tee. His actions were perceived as a marketing ploy. He later apologised to Elder, who died in November 2021 at age 87.