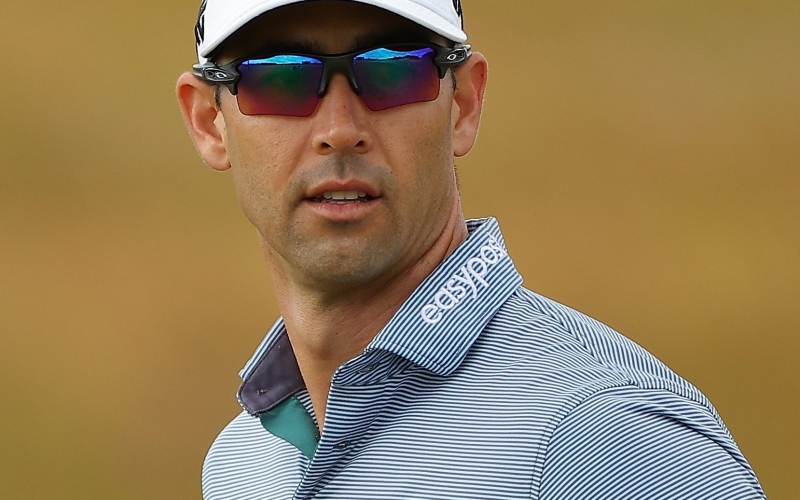 By E Michael Johnson
Looking at the PGA Tour’s career money list to determine the relative success of a player’s career is mostly a futile endeavour. Sure, Tiger Woods at No. 1 with $120-plus million makes sense, but Jack Nicklaus with $5,734,031 — which ranks him a mere 326th all time — does not.

The clearest evidence at how skewed prize money has become in the modern era is this simple statistic: There are 12 golfers who have earned $10 million of more in their PGA Tour careers without ever winning a tour event. To put that in perspective, Ben Crenshaw (19 wins, two majors) earned a little more than $3 million in his career. Lee Trevino (29 wins, six majors) about $6.5 million. Johnny Miller (25 wins, two majors) around $7 million.

Still, banking $10 million without winning means you’ve had some longevity and some skill. You’re not getting to that level by missing cuts and finishing T-48 every week. Here’s a tip of the cap to these nine men who’ve made a killing by being slightly above crushingly mediocre. 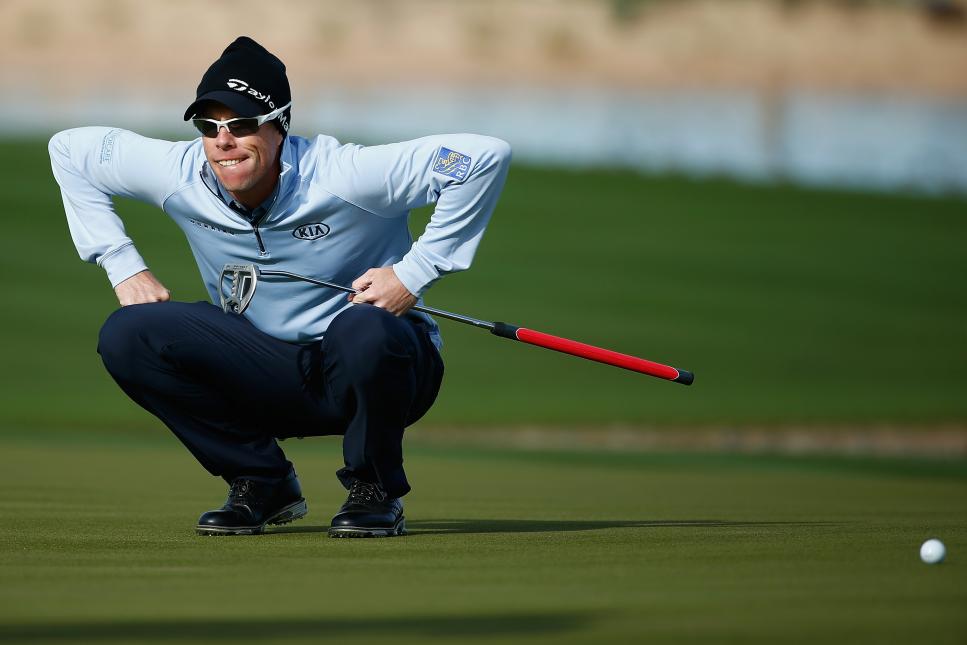 David Hearn ($10,070,854)
How he got to $10 million: Hearn started the 2021-22 season on a minor medical extension, his last start coming in the 3M Open in July. His T-58 finish earned him $14,718, which just inched him over the $10 million mark to join the list. For five straight years, 2012-16, the Canadian banked more than $1M.
Close calls: Hearn has twice lost in a playoff when trying to get his first PGA Tour win: at the 2013 John Deere Classic, where Jordan Spieth shot a closing 65 and then took home his maiden victory; and at the 2015 Greenbrier Classic, where Danny Lee was the victor in a four-way showdown with Hearn, Robert Streb and Kevin Kisner. 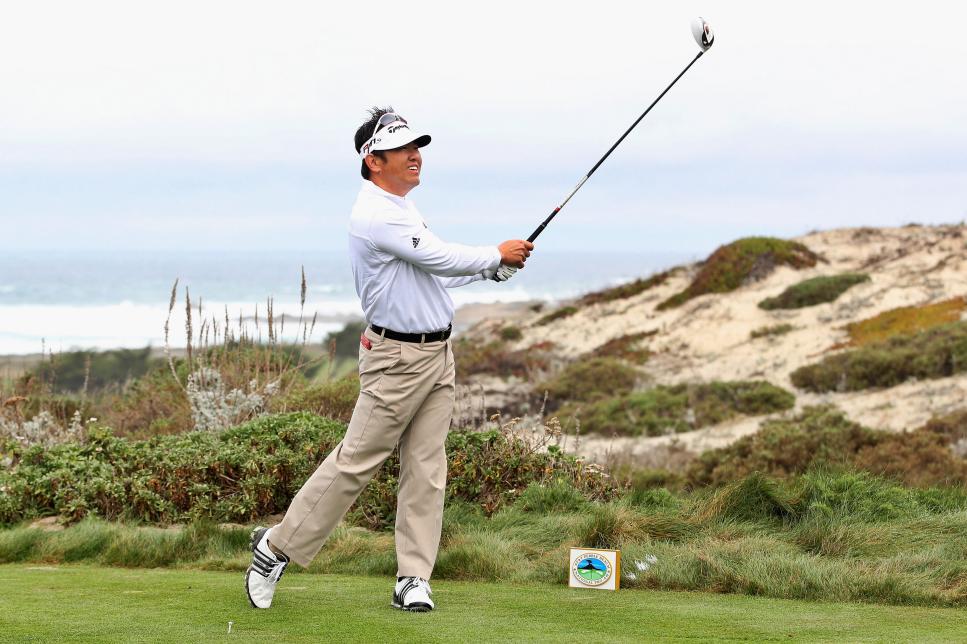 Charlie Wi ($10,079,659)
How he got to $10 million: Wi finished in the top 25 in more than 20 percent of his PGA Tour starts (58 out of 262), including five runner-up finishes.
Close calls: Wi lost by one to David Toms at the 2011 Crowne Plaza Invitational at Colonial after holding a one-shot lead through 54 holes, but it’s the 2012 AT&T Pebble Beach Pro-Am that hurt. Wi had a three-shot lead after three rounds but finished two behind Phil Mickelson, shooting 72 in the final round to Lefty’s 64. Sorry, Charlie. 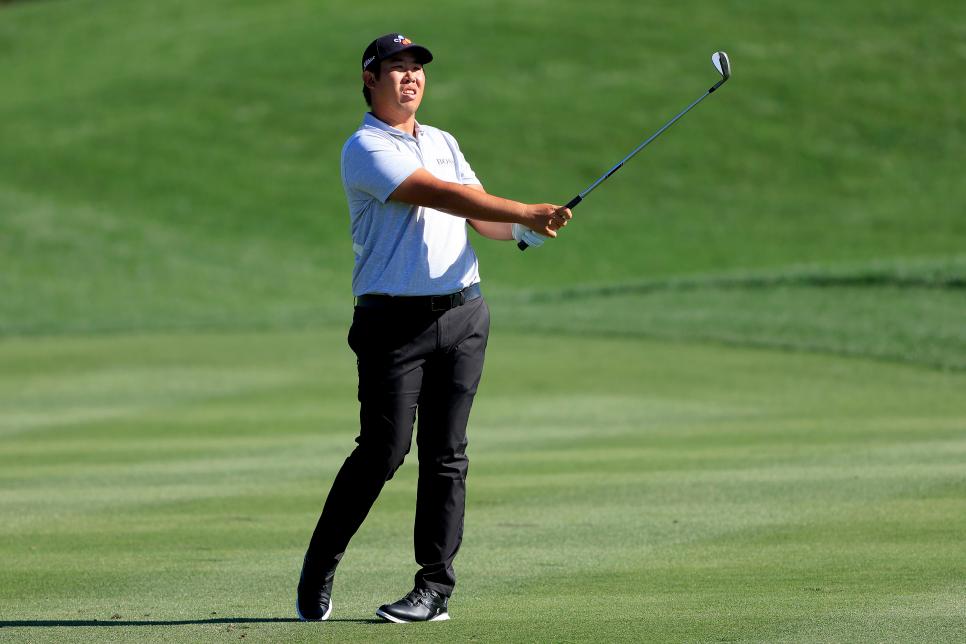 Byeong Hun An ($10,139,942)
How he got to $10 million: An, the youngest US Amateur winner in history after taking the title at Southern Hills as a 17-year-old in 2009, became the latest member of this ignominious club at the first PGA Tour stop of the 2022-23 season. Back on tour after losing his card in 2021, An posted a T-4 finish at the Fortinet Championship in Napa, California, that pushed him past the $10 million mark.
Close calls: An has three runner-up finishes in 149 career starts prior to returning to tour in the fall of 2022. They included a loss in a three-man playoff at the 2019 Memorial (Bryson DeChambeau pulled out the title over An and Kyle Stanley). A few weeks later, An shared the lead entering the final round of the RBC Canadian Open, but a closing 69 wasn’t good enough to hold off Dustin Johnson. An does have a notable win on the DP World Tour, having claimed the title in the Old World circuit’s flagship event, the BMW PGA Championship, in 2015. 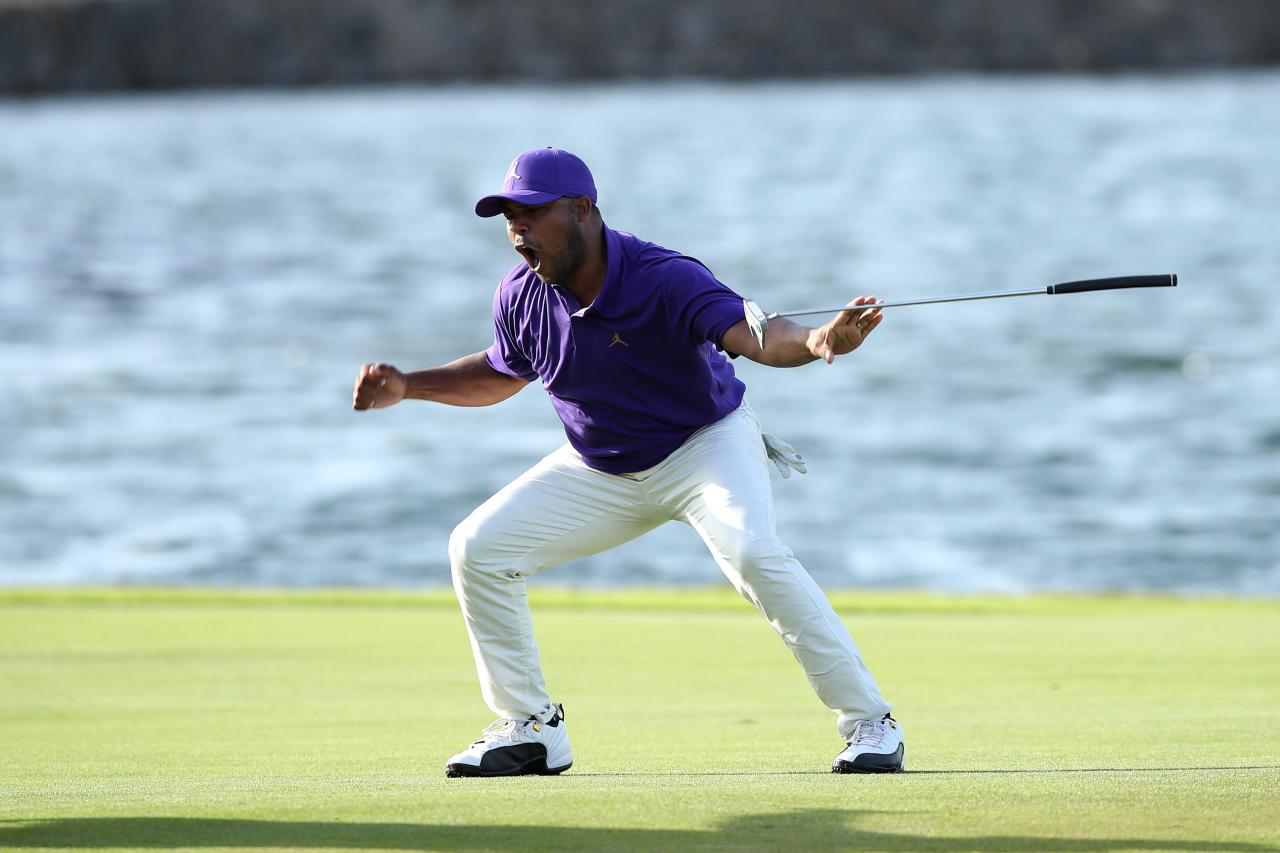 Harold Varner III ($10,403,266)
How he got to $10 million: Varner became the 11th player to join this group with his T-48 finish at the PGA Championship at Southern Hills in May 2022, which tipped him over the $10 million mark. But it was some standout play at the Players Championship (T-6), RBC Heritage (T-3) and Zurich Classic (T-4 with Bubba Watson) that helped him climb the money list that year.
Close calls: Before moving to LIV Golf in August, and subsequently being suspended by the PGA Tour, Varner had frequently put his name on leaderboards in the early rounds only to play inconsistently on the weekends. Twice he was out front entering the final round, most recently at Harbour Town in April 2022, but he wound up tied for third, one of two career third-place finishes. Hilton Head Island, coincidentally, was the scene for his best finish on tour, a T-2 in 2021. 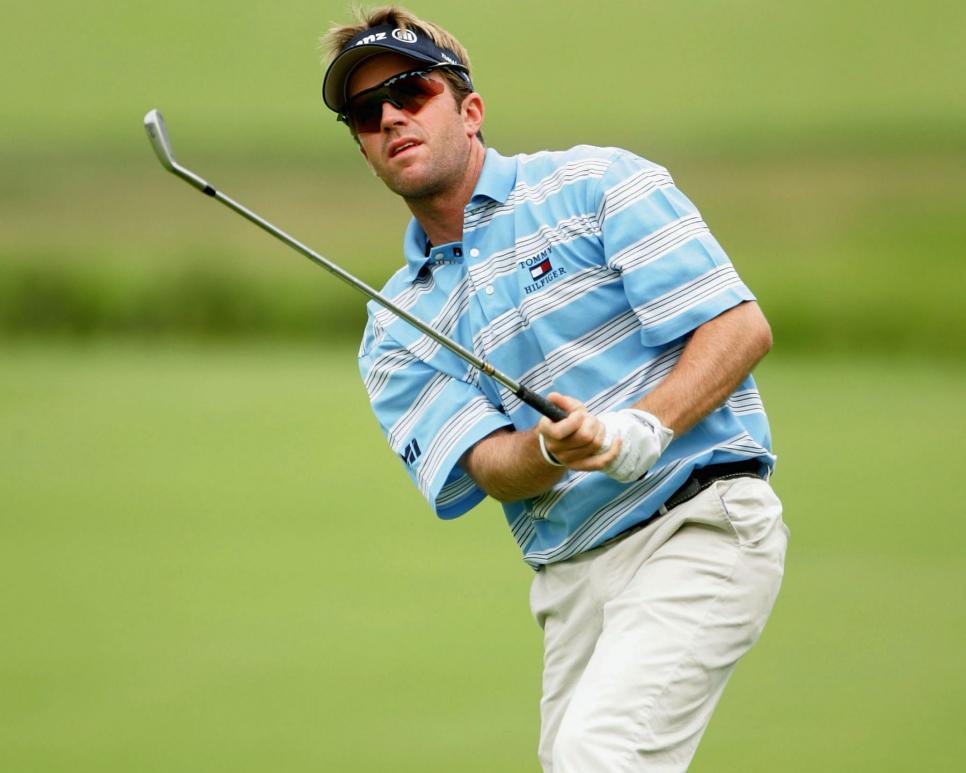 Brett Quigley ($11,058,693)
How he got to $10 million: Ten top-10 finishes in 2006 landed him 20th in earnings that year. Quigley finished with five career runners-up, including three in 2009.
Close calls: Shot 67 to come up one shot short of Michael Bradley at the 2009 Puerto Rico Open and fell by the same margin to Retief Goosen at the Transitions Championship a week later. In 2004, he was tied for the 54-hole lead at the U.S. Bank Championship in Milwaukee but lost by two to Carlos Franco. Quigley never really kicked one away as he shot no worse than 69 in his five runner-up finishes. Meanwhile, in February, four months after turning 50, Quigley won on the PGA Tour Champions. 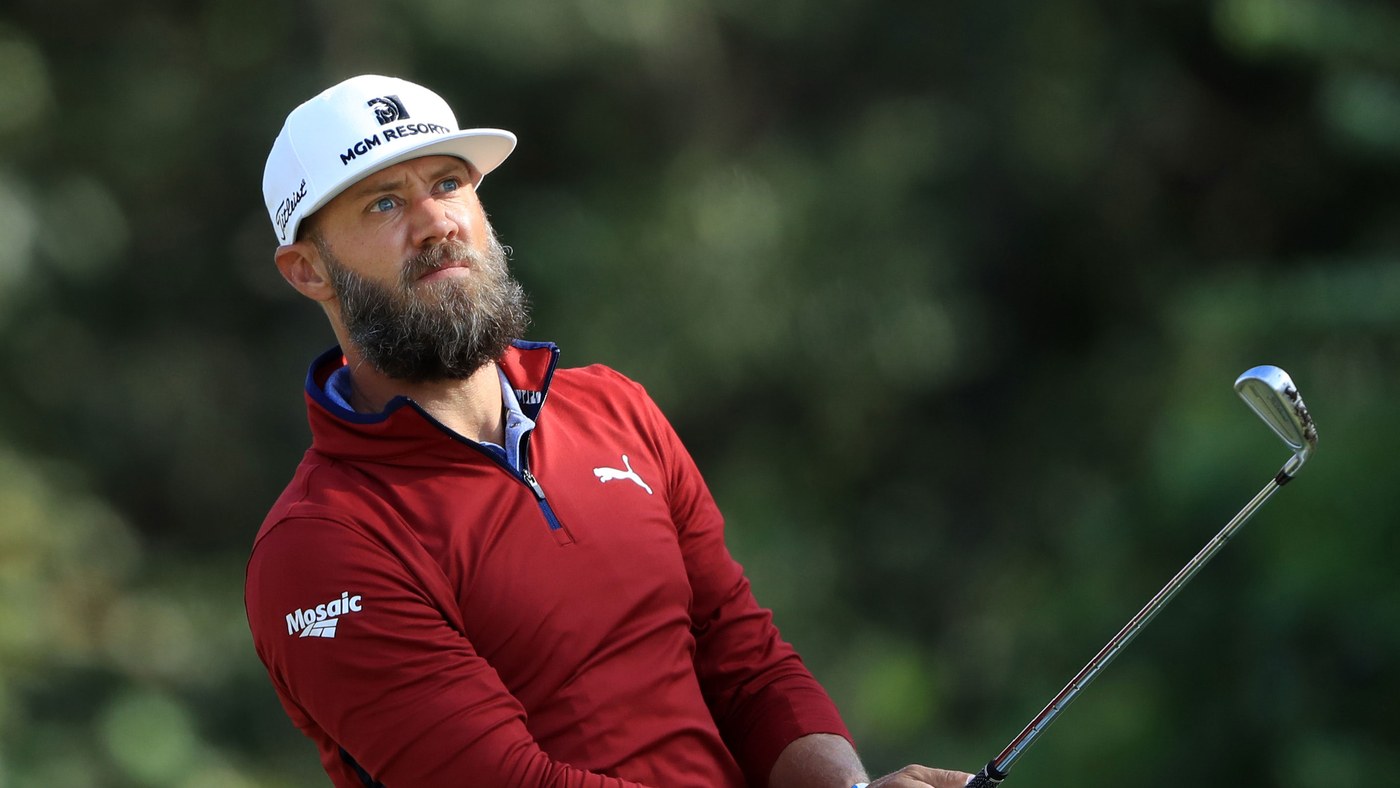 Graham DeLaet ($11,265,285)
How he got to $10 million: Made close to 50 percent of his career earnings in 2013 and 2014 when he had all three of his runner-up finishes and had 14 top-10s finishes.
Close calls: A final-round 65 at The Barclays at Liberty National fell just shy of catching Adam Scott. The Canadian also had back-to-back T-2s in 2014 at the Farmers Insurance Open and Waste Management Phoenix Open, finishing a shot back of Scott Stallings in the former and the same margin to Kevin Stadler in the former. Three single-shot runners-up? Ouch. 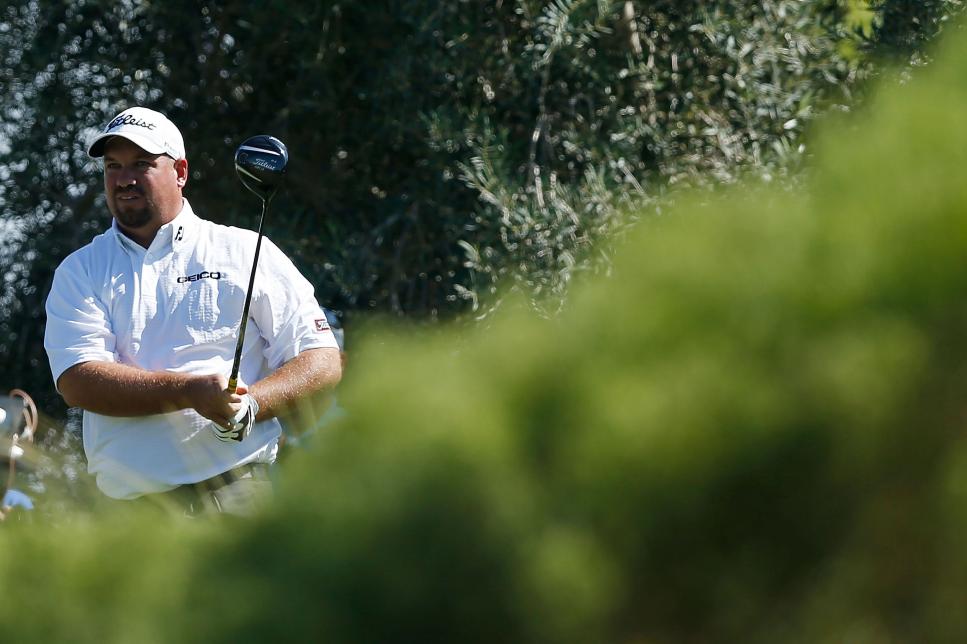 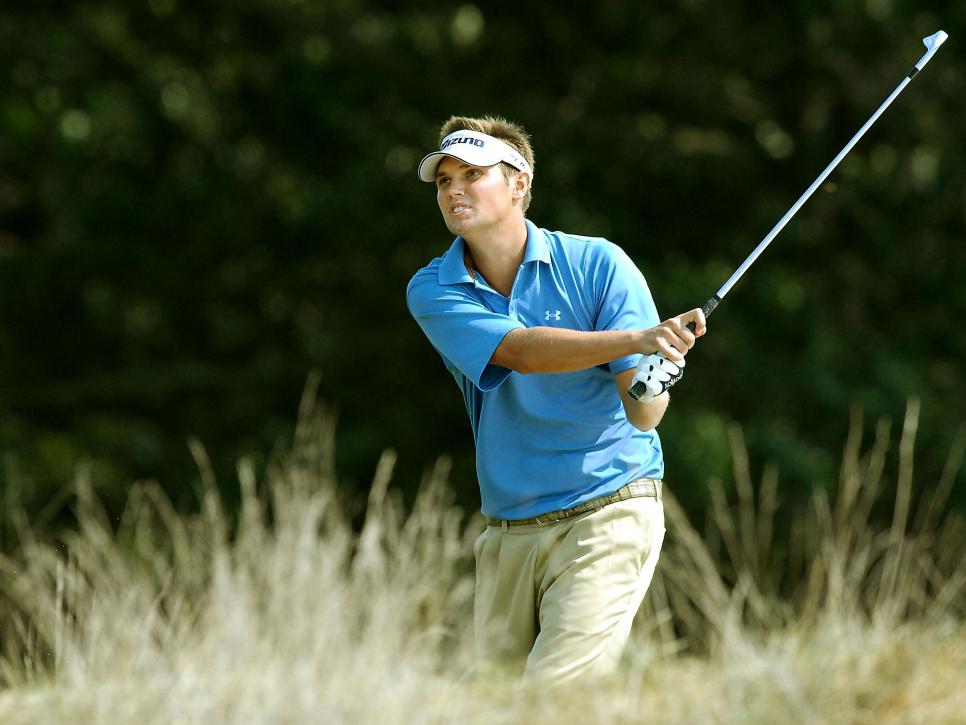 Jeff Overton ($12,790,635)
How he got to $10 million: Although he had a runner-up in 2007, Overton’s career was made with his 2010 season in which he had three runner-up finishes and a pair of thirds, leading to nearly $3.5 million in
earnings.
Close calls: Overton is probably kicking himself for a final-round 70 in the 2007 Wyndham Championship as only one other player in the top 20 shot in the 70s. He came up two short of Brandt Snedeker. In 2010, a final-round 71 left him two in arrears to Jason Day. 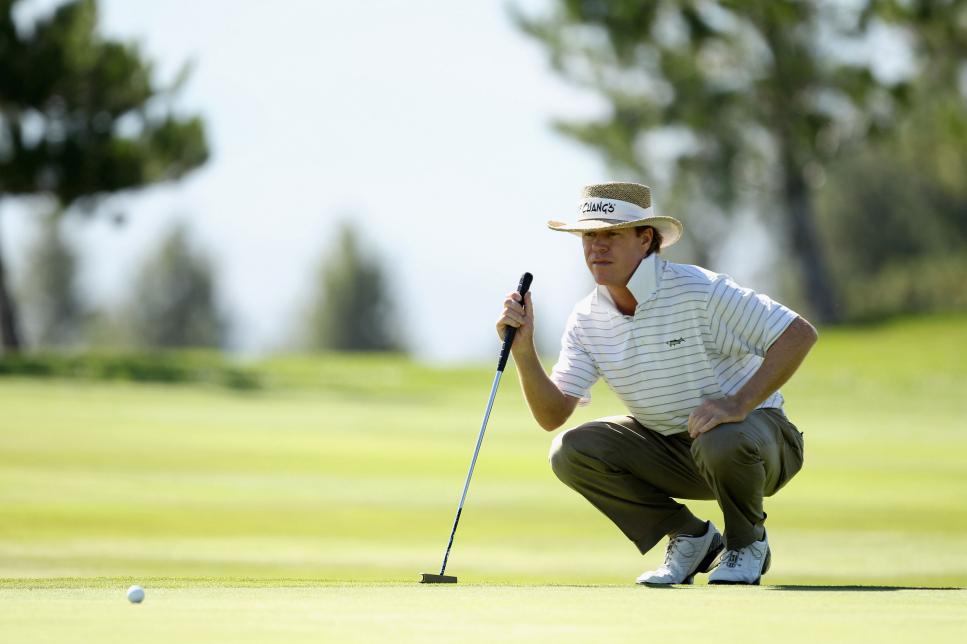 Briny Baird ($13,251,178)
How he got to $10 million: In a 15-year career, Baird teed it up 379 times on the PGA Tour, making 243 cuts with 31 top-10s and six second-place finishes, including one in his last season of 2014 before injury ended his career.
Close calls: The cat in the funky hat with the funkier putting stroke had six runner-up finishes, but none as dramatic as the 2011 Frys.com Open where he went six extra holes in a playoff with Bryce Molder before Molder ended it with a short birdie putt. Still, Baird — who at the time owned the distinction of being the player with the most money with no wins — kept things in perspective, telling CNN: “I would rather be the guy who has won the most money without a victory than the guy who has won the least money! A stat is only as bad as you want it to be.” 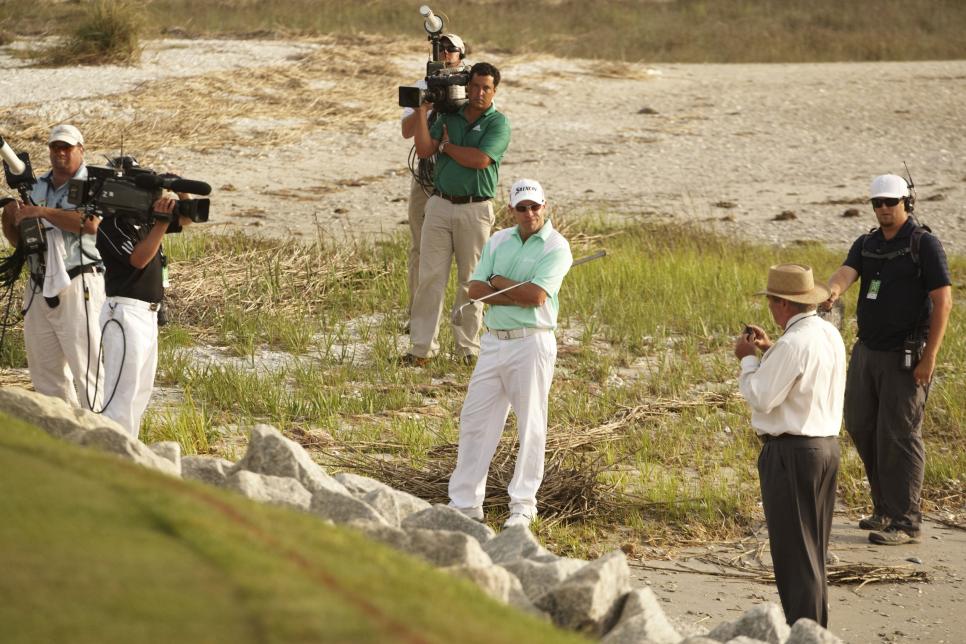 Brian Davis ($13,382,405)
How he got to $10 million: From 2006 through 2015, Davis averaged 30 starts, including an impressive 34 in 2008. He earned five seconds, all coming from 2007 through to 2010. Never made $2 million in any single season.
Close calls: Davis only had one of his runner-up finishes be somewhat close, but it was a memorable one at the 2010 Verizon Heritage. After dropping an 18-foot putt for birdie on the final hole of regulation to tie Jim Furyk, the two returned to Harbour Town’s famed 18th hole for the playoff. Davis went left of the green with his second shot and settled among the reeds. On his backswing, Davis hit one of the reeds — a violation of the rules at the time — and called in an official for a ruling and readily agreed it was a two-shot penalty for moving a loose impediment in a hazard. Davis was lauded for his class — but owns the dubious distinction of being the player with the most earnings without a PGA Tour win because of it. 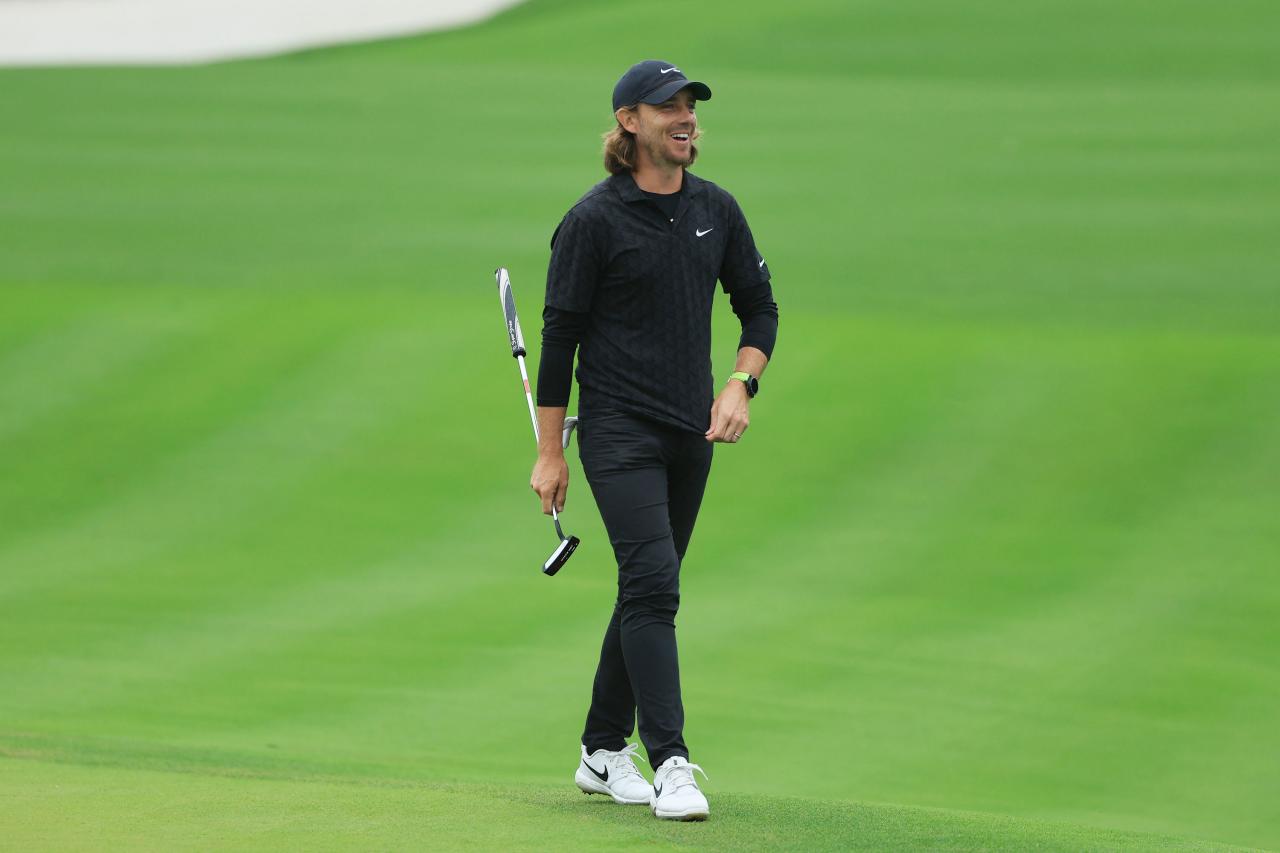 Tommy Fleetwood ($13,814,632)
How he got to $10 million: A five-time winner on the European Tour, Fleetwood has had success since also joining the PGA Tour in 2017. In 105 starts through the end of the 2021-22 season, the Englishman has 24 top-10 finishes, yielding an impressive 22.8 per-cent rate. Two of his four runner-up finishes have been in majors. He’s also only missed 18 cuts in those 105 starts.
Close calls: Made a crazy charge with a Sunday 63 at the 2018 US Open at Shinnecock Hill but Brooks Koepka beat him by one shot with a closing 68. More infamously, Fleetwood took a one-shot lead into the final round of the 2020 Honda Classic but struggled down the stretch, leading to NBC analyst Paul Azinger to caustically note: “There’s a lot of pressure you know, you’re trying to prove to everybody you’ve got what it takes and these guys know you can win all you want on that European Tour, the international game and all that, but you have to win on the PGA Tour.” Fleetwood would shoot a one-over 71 to finish third, two back of Sungjae Im. 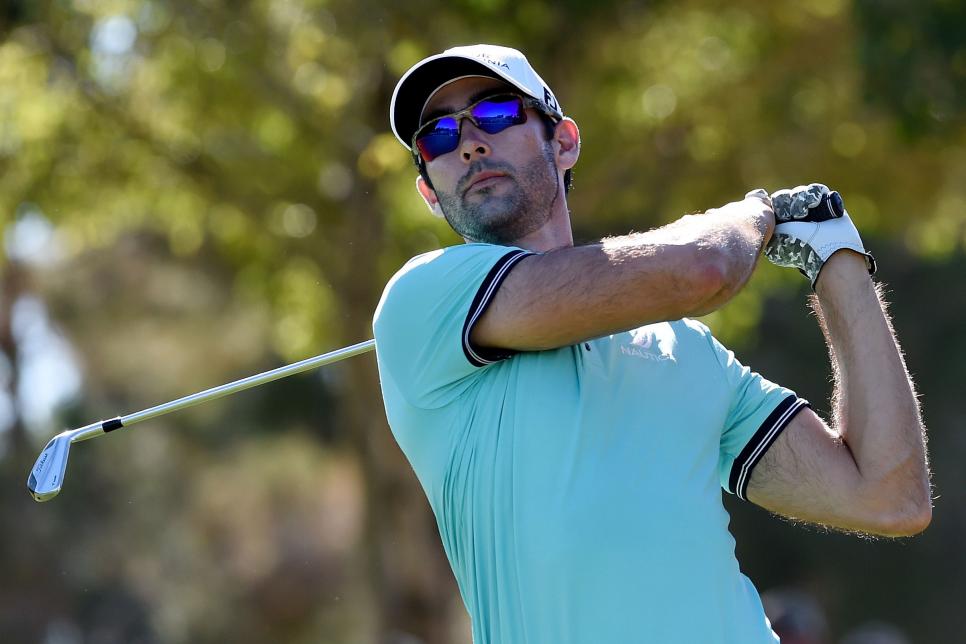 Cameron Tringale ($17,310,004)
How he got to $10 million: Tringale became the all-time money leader without a PGA Tour win in May 2021. In his 12 years on the PGA Tour, he averaged 25.9 starts a season, making 338 career starts before deciding to join LIV Golf in August 2022 and give up the chance to finally grab PGA Tour win No. 1. He had a career-best earnings campaign in his final season on tour, 2021-22, bringing in $3.05 million, the third time he topped $2 million in earnings in a single season.
Close calls: A final-round 65 wasn’t enough to reach Justin Rose at the 2015 Zurich Classic of New Orleans but the killer was the 2016 Shriners Hospitals for Children Open, where Smylie Kaufman’s final-round 61 nipped Tringale (and five others) by a stroke. Had two top-three finishes in 2020-21 and four top-10s. Came into the final round of 2021 Sanderson Farms Championship and the 2021 Zozo Championshp one stroke off the lead, only to shoot a closing one-under 71 and closing one-under 69 to finish T-11 and T-2, respectively.