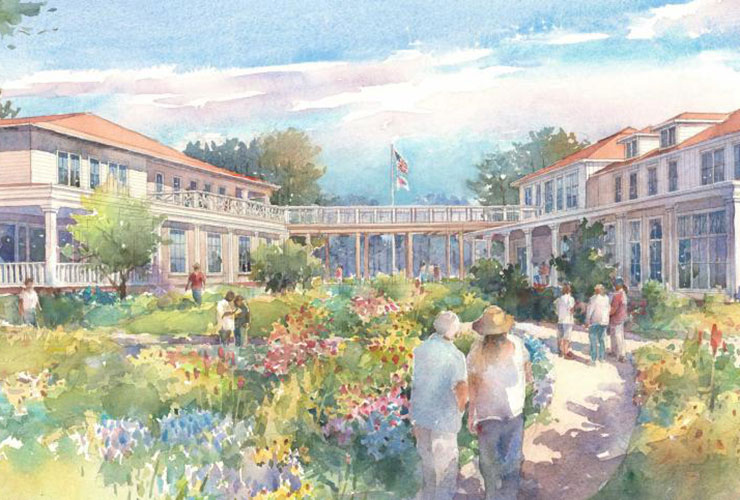 By Tod Leonard
North Carolina State Senator Tom McInnis stood at the podium on Wednesday at the Pinehurst Resort’s famed Carolina Hotel and, with voice booming, sounded like a pastor at the pulpit. He was dramatically heaping praise on the announcement made just a few minutes before that the World Golf Hall of Fame was returning to its birthplace.

“There was great sorrow, tears in my eyes, when I first learned the Golf Hall of Fame was leaving the cradle of American golf,” said McInnis, a Pinehurst member, of the hall’s 1998 move from North Carolina to Florida. “I don’t know why it happened. … And the Good Lord always tells us everything happens for a reason. When one door closes, another opens. Today, our doors open.”

Hyberbole aside, it was a milestone day for golf in Carolina’s sandhills region. North Carolina Governor Roy Cooper, State Representative Jamie Boles and McInnis were on hand, joining USGA CEO Mike Whan and World Golf Foundation CEO Greg McLaughlin, for the official announcement that the World Golf Hall of Fame will move from St Augustine, Florida, to Pinehurst and open in 2024. The scaled-down version of the hall will occupy the second floor of the new seven-acre campus the USGA is building to complement its headquarters in Liberty Corner, New Jersey 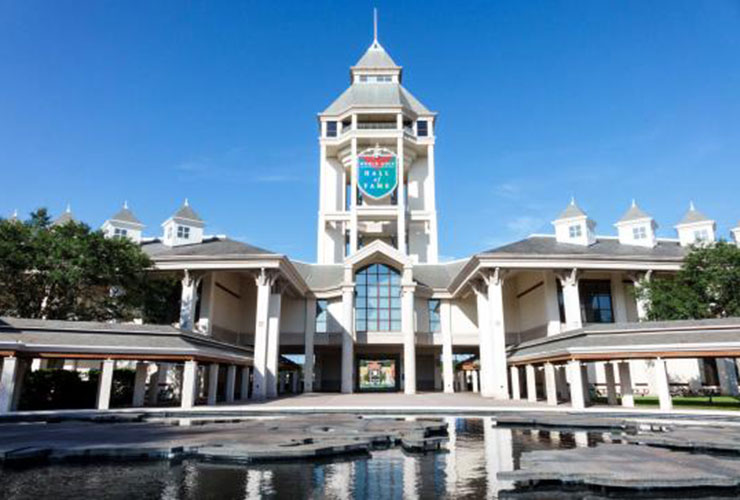 World Golf Hall of Fame moved to St Augustine in 1998. That will close with the move back to Pinehurst in 2024. Jeff Greenberg

The new hall will be independently operated by the WGF, but the collaboration with the USGA is seen as a way to benefit both agencies. The hall will be buoyed by the one million golfers who visit the Pinehurst area each year, as well as the influx of fans from the numerous USGA championships that will be contested over the next 25 years at a venue the USGA has identified as an anchor site. Not coincidentally, the next Hall of Fame induction will be held in 2024 on the Tuesday of US Open week at Pinehurst No. 2.

“The World Golf Hall of Fame started here 50 years ago, and like a lot of people from the East Coast, it spent a little time in Florida, got some time in the sun and enjoyed it, and now is returning home,” Whan said with a smile.

It was an ambitious, and some would say audacious, idea by the owners of the Pinehurst Resort to open up a World Golf Hall of Fame in 1974. Though Pinehurst had hosted USGA championships since 1962 and was something of a destination for golfers from around the world, it was still a small, forested spot, many miles from a major airport.

The PGA of America, which had its own hall since the 1940s, merged with and took over the operation of the Pinehurst hall in 1983 but it ultimately couldn’t make it work financially, and after the non-profit World Golf Foundation was formed in 1994, plans were made to build a new hall that opened in 1998 in St Augustine.

The World Golf Hall of Fame has been there since, but there’s been a growing sense that the location and hall itself had become dated and needed a boost.

Discussions between Whan and McLaughlin about a return to Pinehurst began last summer, and they became more substantive when it became clear that the government in North Carolina was willing to pitch in significant dollars. Nearly two years ago, the Moore County Commission unanimously approved a deal in which the USGA received an $18 million grant and 90-per cent property tax break. At the time, it was reported that local incentives could cost the county an estimated $25 million. The North Carolina General Assembly also recently awarded the USGA $7 million toward the hall project.

McLaughlin said the plan is for the smaller hall to be more interactive and digitally driven for a younger audience. One popular feature that will remain are the ‘locker’ areas of the hall members.