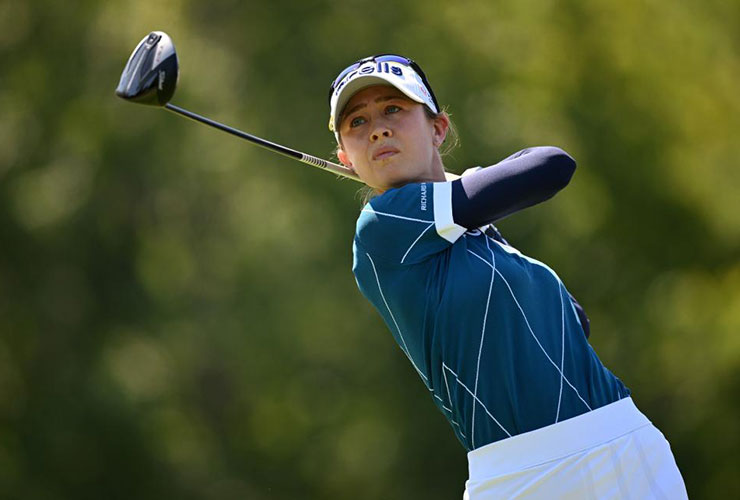 By Keely Levins
It was a hot one at the Evian Resort Golf Club in France, with temperatures hitting 33C during the first round of the Amundi Evian Championship. Nelly Korda found an unorthodox way to cool down: by hopping into a water hazard.

No pictures on the scorecard.@NellyKorda would go on to save par from here. 👀 pic.twitter.com/msW9SvI7hm

You can see Korda left her shoes and socks off to the side and got into the hazard barefoot. Though we don’t have a good look at the lie, getting the ball elevated from a pond is always a win. Getting it on to the green and into position for a par save is why Korda is the No. 3 player in the world.

The save came on the 18th hole, Korda’s ninth of the day as she started her round on the 10th tee. Korda was going for the green in two on the par 5 when her second shot found the water. After splashing out to the green, she two-putted for her 5. She went on to shoot a bogey-free seven-under 64, leaving her tied with Brooke Henderson and one shot behind first-round leader Ayaka Furue.