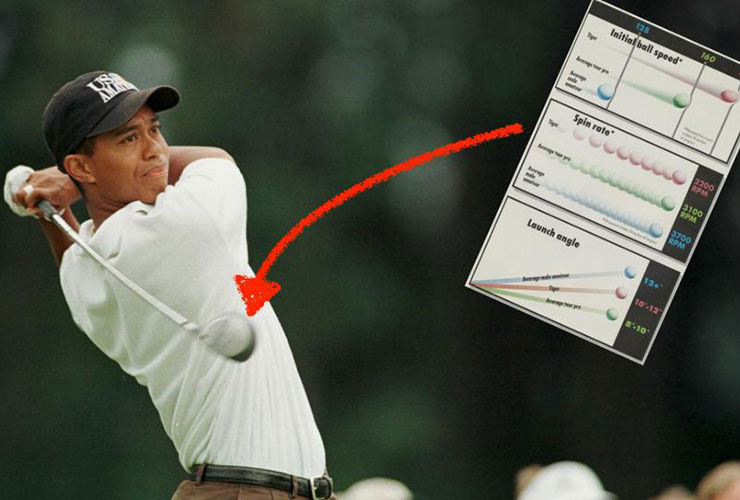 By Luke Kerr-Dineen
When a player like Tiger Woods comes along and dominates their chosen sport so thoroughly and comprehensively, it’s not by accident. It’s because through some combination of supreme talent and supreme skill, they’ve figured out a specific, systematic advantage before everybody else. They figured out how to break the game and leave everybody else rushing to catch up.

For young Tiger, his game-breaking tactic came off the tee. During an era where many players prized technique and accuracy, Tiger’s distance was unfathomable. He was hitting wedges into Augusta National’s par 5s when others were playing them as three-shot holes. And unlike the tour’s distance leader of the time, John Daly, Tiger hit an astonishing 69 per cent of his fairways.

As I tweeted about below, that mind-blowing combination of distance and accuracy launched an era of Tiger-proofing golf courses, as the game itself was forever changed.

An underrated fact about peak Tiger Woods was his driving ACCURACY.

Hitting that many fairways, with such mind-blowing power, was an unbeatable combination🤯🐐 pic.twitter.com/15TqJKBWdW

But the funny thing about Tiger doing all this more than 20 years ago is that we only have tiny snippets of the kind of data that we’ve become accustomed to nowadays. Tiger’s clubhead and ball speeds weren’t clocked for every swing like they are now. For the early part of his career, that kind of data wasn’t hardly known at all.

That’s because the other day, my colleague Will Irwin and I stumbled upon a fantastic article from the 1998 issue of Golf Digest which highlights Tiger Woods’ launch, spin and ball speed as measured by Titleist in 1996.

The data itself can be found below, but a few things stand out to me:

Anyway, you can check out the images for yourself below. 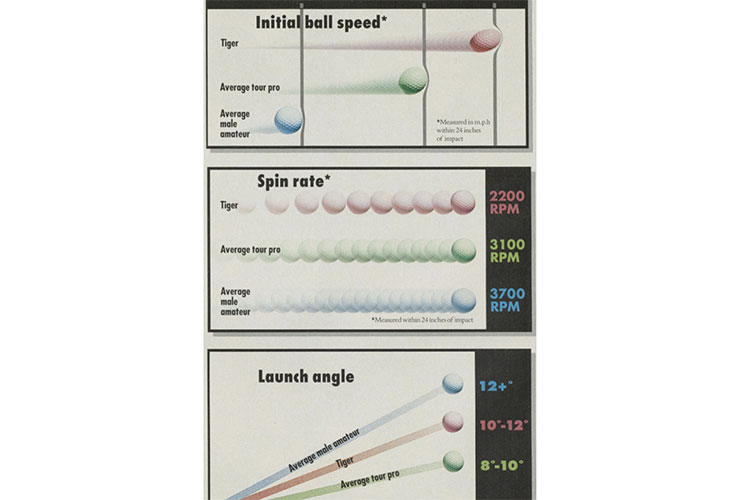 Tiger Woods: Why I would ‘never’ take a cart on the PGA Tour