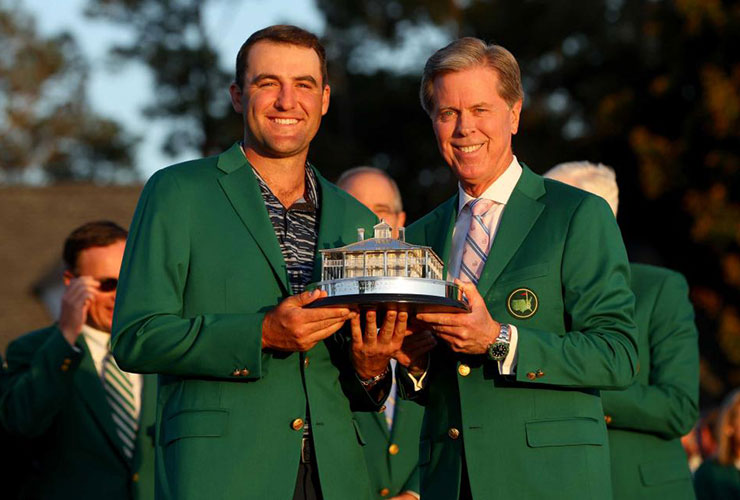 By Ryan Herrington
For many golf fans, the void created by the end of the PGA Tour’s autumn season brings about an involuntary response:
So, how many days until the Masters, again?

Die-hards will know it’s 136 until Thursday’s opening round, and here’s hoping Tom Watson can make it back as an honorary starter after his go-kart accident last week. Meanwhile, the prospect of a new tee box being used on the par-5 13th at Augusta National already has fans anxious for April to get here ASAP.

Greetings from Augusta, GA, The Garden City of the South 💚⛳️#TheMasters #Masters2023

In thinking about the Masters, the natural instinct is also to think about who is playing in the Masters. That question is a bit more tenuous heading into 2023 with LIV Golf potentially altering the usual invitation list.

Masters officials have not said whether players banned by the PGA Tour for competing on the LIV Golf circuit might also be restricted from competing at Augusta National. The club has not formally released qualifying categories for 2023, either, although don’t read too much into that. They typically aren’t posted on the tournament website until late December or early January, around when the club begins to send out invitations to players who have qualified.

So while nothing is official yet, let’s presume for a moment that the traditional qualifying criteria does carry over into 2023 and that LIV golfers who earn spots through qualifying will indeed be welcomed to drive down Magnolia Lane. If that’s the case, by our estimation 80 golfers are currently in the field, including all living past champions. Winnowing out those who won a Green Jacket but no longer play in the tournament, the list of likely competitors is around 65, depending on whether the likes of Trevor Immelman might compete again or if Sandy Lyle might call it a career.

Below then are the players who we believe have earned invitations if the 2022 criteria is carried over for 2023. Mind you, there are still more additions likely to come to this list. Presuming again the 2022 qualifying categories carry over, the top 50 in the final Official World Golf Ranking who aren’t already in the field will qualify, as well winners of PGA Tour events from January through April that give out a full allocation of FedEx Cup points. Additionally, the winner of the Latin America Amateur Championship in January is expected to be given a spot.