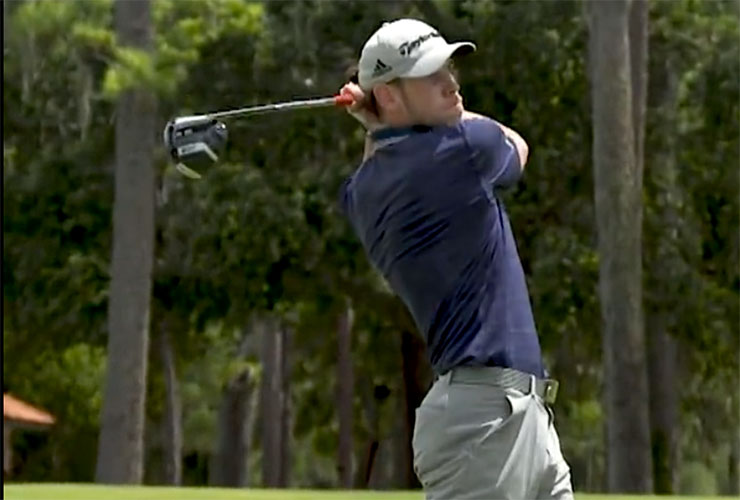 By Coleman Bentley
A week or two back, it was revealed that Gareth Bale — the Wales football star and certified golf addict — had been expressly banned from playing golf while representing the Welsh national team at the World Cup in Qatar. “There’s no golf. We’re out there to do a job,” said manager Rob Page. “We won’t have enough time. Every four days there is a game. It’s relentless.”

That was the end of Bale’s winter golf sabbatical … or so we thought. According to the Daily Express, Bale has found a loophole, installing a golf simulator at the team hotel so he and the boys can still get a couple hacks in without needing to commit to a full afternoon round. Genius. Pure diabolical genius.

The island green on 17 is special ⛳️

Welsh footballer @GarethBale11 is no stranger to the nerves, but they hit a little different @TPCSawgrass.

His next challenge will be today's opening round versus #USMNT at the #FIFAWorldCup pic.twitter.com/Oz87Gi40NG

“We’ve just been in the swimming pool, playing table tennis, pool and golf,” Cardiff striker Mark Harris told the Express. “Team spirit is great anyway but games like that help you. Gareth’s very good at the golf. I think most of us have had a swing and we had a go after training as we had some spare time.”

Hopefully the simulator downtime will help Bale’s Wales stay loose as they try to qualify for the knockout round in their first World Cup appearance since 1958 — the began with a 1-1 draw against the US. As the old saying going, all work and no play makes Jack, sorry, Gareth a dull boy.

You may also like:
Legends of the fall: Rory and DJ among the big winners this autumn
Take a look at the players who have qualified for the 2023 Masters — as it stands
Dubai Duty Free Golf World Cup returns
LOOK: Rare Tiger Woods shirt up for auction
DP World Tour ‘Race to Dubai’ to return from 2023
LOOK: Prize money payouts at DP World Tour Championship
Rory deserves to brag after DP World Tour triumph
Rahm raises the bar with third DPWTC
How Lydia Ko returned to LPGA glory
Get your FREE November issue of Golf Digest Middle East here
All set for showdown at JGE
How Bryson dropped 20 pounds with new diet
Look DPWTC Day 3 tee times
Fitzpatrick holds upperhand as Rory roars
PGA Tour to lose long-time and loyal sponsor
How South Australia landed the LIV gig
Who needs to do what to win DP World Tour Rankings race?
Rahm slates ‘laughable’ OWGR, open to LIV Golf players earning ranking points