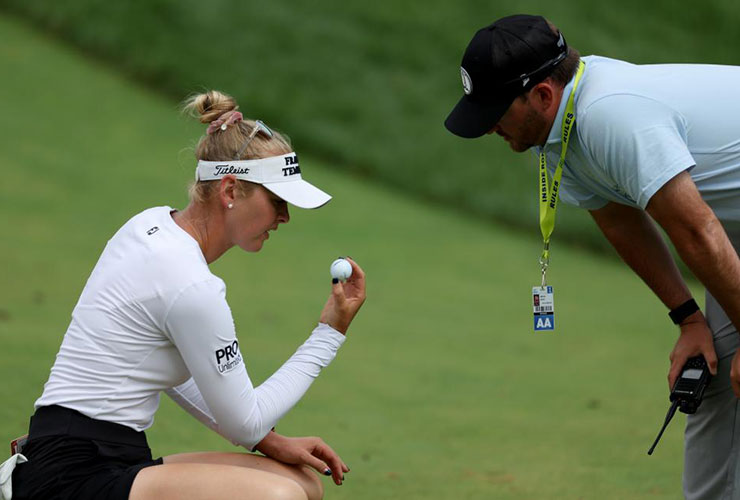 If simplicity and clarity were the buzzwords associated with the sweeping changes the USGA and R&A brought when modernising the Rules of Golf in 2019, then inclusion and sustainability highlight the updates coming in 2023.

Officials with the two organisations have revealed the revisions that await when the latest edition of the Rules of Golf go into effect on January 1, reinstituting the four-year cycle of regular updates. While far from the overhaul made last time, a handful of notable modifications are on their way. Among them are relaxing the rule for replacing damaged clubs, an intuitive exception for playing a ball that moves due to natural forces and an option for tournaments not to disqualify players who forget to sign a scorecard. Also notable is the fact that there will no longer be printed rules books (more on that later).

Most significantly, on the heels of the USGA holding the inaugural US Adaptive Open in July, the governing bodies are now fully incorporating the modified rules for players with disabilities into the playing rules with the addition of Rule 25. This does away with the need for committees to adopt a local rule for disabled golfers.

“To move Rule 25 into the book, to make [it] always in effect, that’s significant not only for that individual but more so for awareness,” said Craig Winter, senior director, Rules of Golf and Amateur Status for the USGA. “A golf professional in a shop that sees these are there, they may see that for the very first time starting in 2023. For that reason, it’s a really big step for us, and we think it’s going to do a whole lot for the game of golf to open up avenues for individuals to play.”

As for rules that have been updated, arguably the biggest change comes in the area of equipment. Come the new year, players will be allowed to replace a club damaged during a round for any reason except in anger or abuse. This takes the next step from 2019, when the USGA and R&A approved some allowances for replacing a damaged club due to outside influences.

Now if players scrapes a clubhead by hitting a ball off a cart path or bend a shaft when hitting a shot near a tree, the club can be fixed and put back in the bag or taken out of play and replaced. “It just means there are no traps,” says Winter, noting the complexity of the old rule as to whether a club could be replaced. “Golfers can’t get it wrong.”

If avoiding confusion explained the change regarding damaged club replacement, common sense fuels a new exception to the rule regarding a ball moved by natural forces. Perhaps you recall the 2019 Waste Management Phoenix Open, where Rickie Fowler hit a shot into the penalty area on the 11th hole at TPC Scottsdale. He took his drop, but moments later the ball moved again into the penalty area, and Fowler had to take another penalty stroke on his scorecard. Fowler still won despite making a triple-bogey on the hole, but the rules took a beating from the public for what appeared to be their unfairness regarding this matter.

Moving forward, if golfers have taken relief from a penalty area and the ball subsequently moves again to another area of the course, they can replace the ball to the spot it was first dropped with no additional penalty.

“We don’t think this is going to happen much. It hasn’t happened very much even in the last 20 years that we’re aware of, but when it does happen, it’s pretty significant,” Winter said. “So as uncommon as it is, we feel like this is something that we go back to what we were trying to do in 2019, what is the player intuitively thinking what they should do? It’s kind of like ‘this can’t be right.’ My ball just rolled back in and I just took relief, I’m just going to put another one down and play it. That’s the direction we’re going in 2023.” 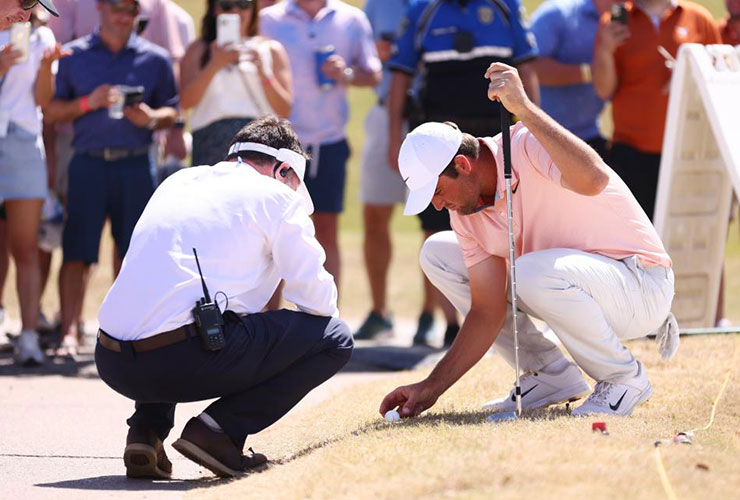 Another change likely to have more of an impact on pro golf than the recreational game is a change to the back-on-the-line relief procedure used for penalty areas and unplayable ball relief. In this instance, the USGA and R&A are returning to how the procedure worked prior to 2019, letting players drop their ball directly on the line that extends from the hole and their ball. So long as the ball stays with one club length of the drop in any direction (it had been two club lengths prior to 2019), the dropped ball is in play.

Winter acknowledged the governing bodies had buyer’s remorse in changing the back-on-the-line relief four years ago, thinking it was smart to have it correspond with other instances of taking relief by creating a relief area to drop the ball, but not appreciating the unintended consequences. Because of the unusual nature of drops using the back-on-the-line option, and the fact recreational golfers hadn’t really changed their old habits, the return to the pre-2019 standard made sense.

Additionally, the governing bodies have tried to make things easier on recreational golfers in another subtle way by no longer penalising them for failing to put their handicap on their scorecard in stroke-play competitions. Instead, the committee will be responsible for including each player’s handicap and ensuring its accuracy.

Fairness and equity are behind the decision to reduce penalties applied for certain rules infractions from two strokes (the general penalty) to one, most notably with regard to what happens when incorrectly switching a golf ball.

That’s also why Model Local Rule L-1 is being introduced, which reduces the penalty for failing to sign a scorecard at the end of a round from disqualification to two strokes accessed on the last hole. It is expected that most pro tours will adopt this for their competitions — they must opt in for the rule to be in effect.

Winter says that the governing bodies will see what happens in the next four years regarding whether to incorporate the Model Local Rule into the rules permanently.

All the updates will be available in the new Rules of Golf released on January 1. But the rules ‘book’will only be available digitally or via the USGA and R&A Rules of Golf app. The governing bodies will print a few hard copies for rules officials, but in the interest of sustainability, they will end their practice of encouraging players to carry the book in their bags. By doing this, the USGA alone with eliminate printing 2 million books, or almost half-a-billion pages of paper.

“We have a really good rules app that has a really powerful search function,” Winter said. “There’s a lot of engagement opportunities for individuals to learn the rules or to find their answers. So we’re going to rely on that.”