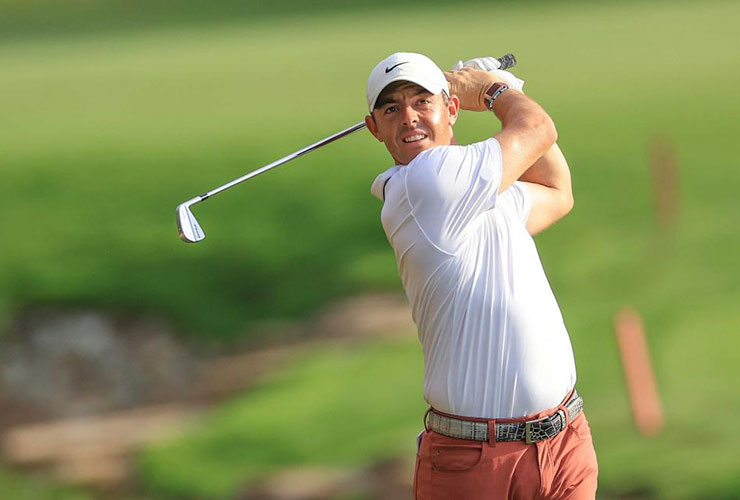 By Joel Beall
It seems blasphemous to say 2022 was Rory McIlroy’s best year on the golf course. Yes, he captured both the PGA Tour and DP World Tour’s season-long points titles, won three tournaments and returned to No. 1 in the World Ranking. However, none of those victories came in the four men’s majors, leaving his career total still stuck on four for an eighth straight season. And when it comes to Player of the Year discussions, McIlroy still seems a distant third to Scottie Scheffler and Cam Smith.

Yet, statistically speaking, the case can be made that 2022 was McIlroy at his peak — and we’re not counting his performances behind the podium as the lead defender for the two tours in their ongoing battle with LIV Golf.

According to DataGolf, McIlroy’s true strokes gained for 2022 was 2.61, with Scheffler a distant second at 2.23. (Even more remarkably, McIlroy’s number does not factor in his win at the CJ Cup in October.) For context, that number is better than McIlroy’s 2014 — a season in which he won two majors and a WGC — which was 2.51. It was also a whopping stroke better than his output from last year (1.56). McIlroy also led the PGA Tour in strokes gained with a 2.12 mark; Matt Fitzpatrick was second at 1.79.

While true strokes gained is a more precise barometer of a player’s output than some of the historical stats, McIlroy proved himself in the latter categories as well. The Ulsterman became just the third player in tour history to have a scoring average lower than 68.7 (68.670, to be exact). The only other players to accomplish this are Vijay Singh (2003) and Tiger Woods (uh, eight times).

There were a number of personal bests for McIlroy sprinkled into 2022. Though he did not win a major, it was his first time finishing in the top 10 in all four in the same calendar year. He missed just one cut versus 12 top-five finishes; the only other year he missed one cut or fewer was 2014, and those top-five finishes are only bested by 2012. It was also McIlroy’s first time ranking inside the top 20 in SG/putting on the PGA Tour, finishing 16th in the category. For context, he finished 66th in the stat last season.

And though it might sound odd that McIlroy topped the DP World Tour’s year-end ranking without winning an event on that tour, he became just the second player to win both the FedEx Cup and Race to Dubai in the same season, joining Henrik Stenson (2013).

Though it’s fair to wonder what this all portends for 2023, it’s worth appreciating 2022 for what it was. No, the highs weren’t as high. But from a consistency standpoint, McIlroy was never better.