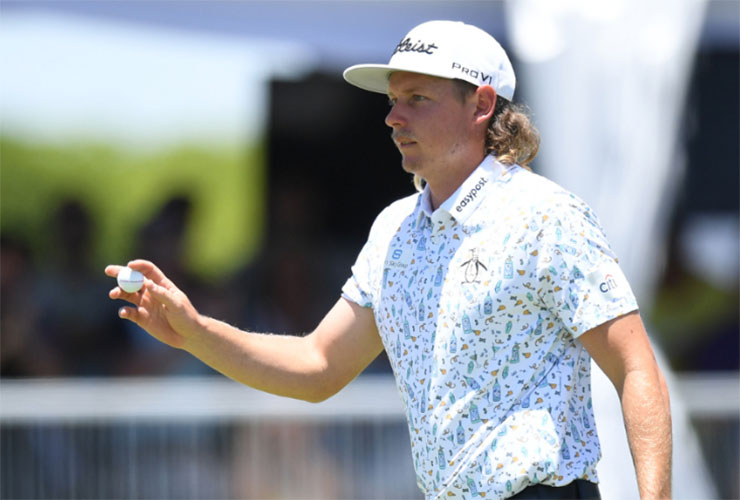 By Matt Smith
It hasn’t taken Cameron Smith long to settle into the old way of things in Australia. The LIV Golf star had spent more than three years away from home due to COVID-19 travel restrictions, but this summer’s Open Championship winner at St Andrews, who received a hero’s welcome on his eventual return to his native Australia earlier this week, is firmly back in the groove like he was never away.

Competing at the PGA of Australasia and DP World Tour co-sanctioned Australian PGA Championship at Royal Queensland Golf Club in Brisbane, the world No. 3 fired a second round 65 to follow his opening 68 and sits just one shot off Jason Scrivener’s 10-under lead.

It could have been even better for Smith, but two bogeys kept him just off the lead. However, he will be in the mood going into the weekend, with his eight birdies including a great three on the last hole of the day.

“I think just all day was pretty good to be honest,” said Smith. “I only had a couple of bogeys, both on par threes, which isn’t really a good sign most of the time, but I felt as though I hit my driver as best as I’ve hit it for a very long time, so it was nice to do that. It gives me a little bit of confidence going into the weekend.”

Smith is also looking forward to playing alongside Scrivener — even if he isn’t quite sure when he partnered him before.