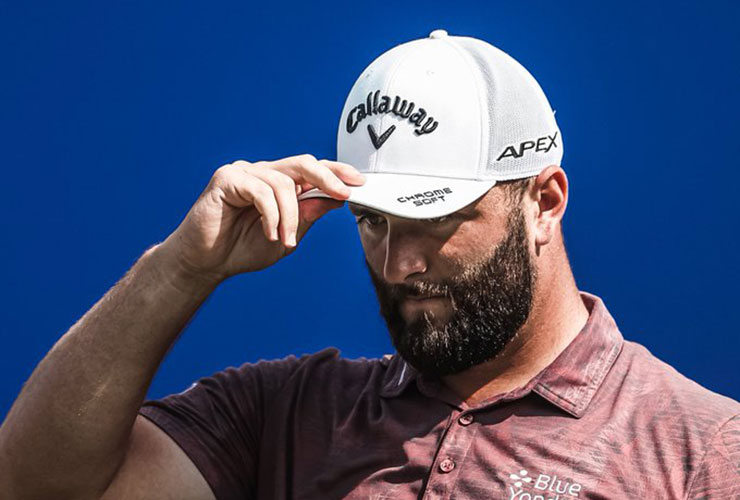 By Matt Smith
Following four long days in the Dubai sunshine to end a roller-coaster season, it was Spain’s Jon Rahm who was the last man standing at Jumeirah Golf Estates in Dubai as he became the first man to claim a hat-trick of DP World Tour Championships.

The victory moved him one clear of Henrik Stenson and two of his closest rivals on the course at the DP World Tour season-ending event on Sunday — Rory McIlroy and Matt Fitzpatrick — all of whom have two DPWTC titles to their names.

World No. 1 McIlroy still had to plenty to celebrate himself as his fourth-place finish meant he held on to the season-long DP World Tour Rankings race, ahead of Ryan Fox and Rahm. US Open champ Fitzpatrick faded with a 73 on Sunday to finish fourth in the Rankings and T5 on the DPWTC leaderboard.

Rory Mcilroy on becoming the DP World Tour No.1 for the fourth time 💬#DPWTC | #RolexSeries pic.twitter.com/jkBA7udhGc

McIlroy becomes only the second man after Stenson to hold both the European and PGA FedEx Cup titles in the same season, and it is the Northern Irishman’s fourth time to claim the Harry Vardon Trophy.

“This means a lot,” said McIlroy. “It’s been seven years since I’ve last done it. Obviously this is my fourth one but it’s been a while. I’ve won three FedExCups since the last time I won, which was The Race to Dubai back then.

“I was a model of consistency the whole way through the year. A lot of top finishes. I think my worst finish of the European Tour events I played this year was 12th at the start of the year in Abu Dhabi. A really consistent season putting in good performances. Would have been nice to get one win in there at the end of the year here. But Jon obviously played an incredible tournament and fully deserved it.

But I am looking forward to 2023. I’m as complete a golfer as I feel like I’ve ever been, and hopefully I can continue on that path.”

But Sunday afternoon was all about Rahm, who moved through the field following a Day 1 70, with a 66 and 65, before — following a little scare as his tee shot at the last veered left into the scrub — his final-round 67 allowed him to enjoy the plaudits as he walked up the famous par-5 18th to a standing ovation from the sold-out crowd, finally cracking out that smile as his third shot landed safely on the green before holing out for a 20-under total.

Tyrrell Hatton paid the price for a shaky back nine on Saturday and had to settle for tied second alongside Sweden’s Alex Noren, two shots back, with McIlroy a further two behind on 16-under, three ahead of a resurgent Tommy Fleetwood and downcast Fitzpatrick.

“This is very special,” Rahm said on the green following his historic win added to titles in 2018 and 2019. “Because of COVID I never got a chance to defend my 2019 title and even though I decided not to come last year, I came with the mentality that, well, nobody beat me in the last two years, so they are going to have to beat me again.

“I came in with that confidence. There were a lot of similarities to the past. The last time I won here I started at 15-under, had a heck of a front nine, and shot 20-under as well to win it.

“I like this course and this course likes me. I hope this is third of many more. I stayed aggressive and picked my battles, and again, I think I shot as low as I could have shot on the weekend to get this one.”

Along with his triple crown and a spot in the history books, Rahm also walked away with the $10 million Rolex Series record payout of $3 million, to make the Christmas break all the more enjoyable.