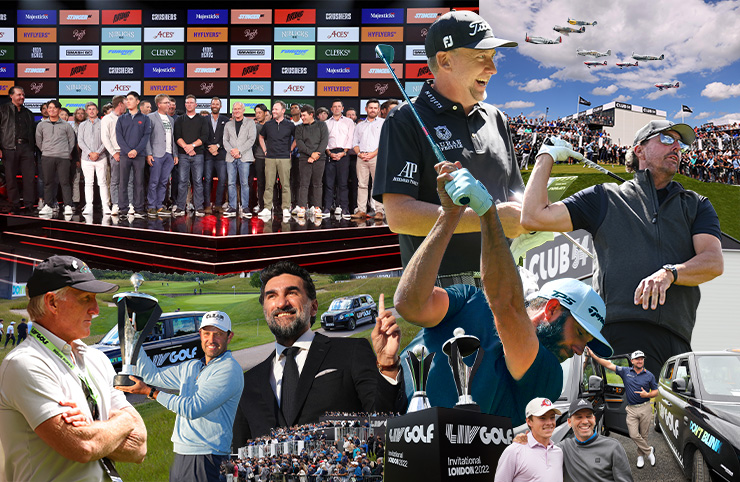 Yet come Thursday June 9, 2022, the likes of Phil Mickelson, Dustin Johnson, Lee Westwood, Sergio Garcia and Ian Poulter teed it up for the richest tournament in golf history.

Sure, this was an event that was not short on controversy, given it was the first of eight events this year offering a total purse of $250 million and dangling a $4 million carrot to the winner.

It certainly caused more than a ripple over in the States, with the PGA issuing bans for its players competing at Centurion Club, just outside London, shortly after the 2.15pm shotgun start in leafy St Albans.

Those ripples came back across the pond to England and a stiff, pre-prepared statement was online within minutes. Lines were drawn.

“Today’s announcement by the PGA Tour is vindictive and it deepens the divide between the Tour and its members,” LIV Golf CEO Greg Norman said. “It’s troubling that the Tour, an organisation dedicated to creating opportunities for golfers to play the game, is the entity blocking golfers from playing. This certainly is not the last word on this topic. The era of free agency is beginning as we are proud to have a full field of players joining us in London, and beyond.”

Then came the sledgehammers: Bryson DeChambeau was unveiled. Then Patrick Reed (and Pat Perez, but we will leave that for now). The gloves were off and the spectacle went on in England.

And what a spectacle it was. This was a tournament more akin to an F1 afternoon in Abu Dhabi rather than a normal PGA or DP World Tour event. 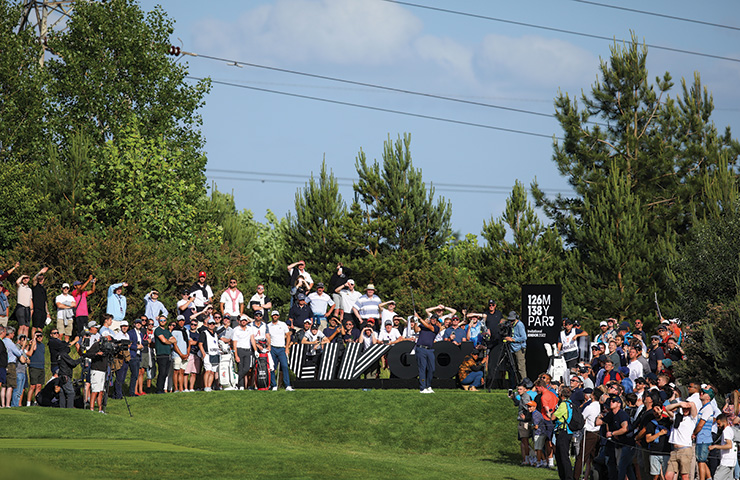 The shotgun start, festival park and full-on access to the players gave fans an unprecedented experience.

Norman (LIV CEO and former world No. 1) was strutting around knowing something big was actually happening after a brief, impressive few months of planning.

There were airshows, competitions, activations, golf sims and DJs. There were after-game concerts each night with some big names such as James Morrison, James Bay and Craig David rocking the summer sunsets (I noticed some ‘fans’ rocking up for the gigs alone and forgoing the actual reason why we were here – each to their own).

It all began in a studio in London on Tuesday night as LIV proved it was going to be different and prove it had arrived.

Kirsty Gallagher — daughter of Ryder Cup legend Bernie — presented a team draft, led by captains such as Mickelson, Garcia and Louis Oosthuizen amid the glitz and glamour normally reserved by an NFL or NBA event.

The skippers selected their players — with the added pressure of a 54-second clock (they love the 54 theme) — and then we were set. It was actually happening.

The teams of four were ready to tee off for a gargantuan purse of $25 million for three days’ work over 54 holes, with no cut and every player guaranteed a pay day.

LIV do love the number 54 with their own name being the Roman numerals for the perfect under-par score over a day on the course, and also the number of holes played in each tournament. Majed Al Sorour, the CEO of the Saudi Golf Federation, event offered $54 million to any player who can hit the perfect score (his money is safe).

This all added to the camaraderie vibe that coursed over the, erm, course. The fans were loving the fact they had two leaderboards to check — individual and team — and they all seemed to feel they were part of something new as the shotgun start meant you could not take your eyes off the action for a second. “Don’t blink” is one of the LIV slogans. They were bang on.

As it panned out, Charl Schwartzel went home with a collective $4.75 million in his pocket. Actually I am pretty sure every one of the 48 players went home happy as the magical ‘no-cut’ meant that even last-man Andy Ogletree hopped back to the States with $125,000 after a poor 24-over over 54 — yep, that number again — holes. It was a bit of a South African party in England as the Oosthuizen Stingers team block-booked the podium.

Oosthuizen, who himself finished a tidy T10, joked on the podium: “This is why a captain is so important. None of them would be here if it wasn’t for me.”

Quite a week for the South Africans.

The series went on to Portland at the end of July, where Branden Grace claimed the second LIV tournament and Dustin Johnson’s 4 Aces took home the team title. Next up is Bedminster, New Jersey from July 29.