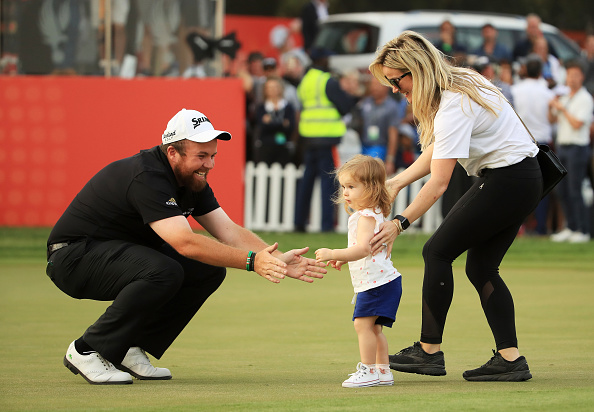 By GolfDigestME.com
Defending champion Thomas Pieters will be joined at the Abu Dhabi HSBC Championship at Yas Island by former winners Tommy Fleetwood and Shane Lowry for the 18th edition of the opening Rolex Series event of the 2023 DP World Tour season, from January 19-22.

Yas Links will host the tournament for the second consecutive year, which has long been a fixture on the global golf schedule, having first been staged in 2006.

Abu Dhabi Sports Council has confirmed free general admission tickets for all tournament days, giving all fans in the UAE the opportunity to witness the world-class field in person, including Pieters and his fellow Ryder Cup stars Lowry and Fleetwood.

Pieters became the first Belgian to win a Rolex Series event after outlasting a star-studded field in challenging breezy conditions at Yas Links, signing for a level par 72 and a 10-under total, to earn him the coveted Falcon Trophy and a sixth victory on the DP World Tour.

Tom Phillips, Head of Middle East for the DP World Tour, added: “This prestigious Rolex Series event is always an excellent way to kick off the year and we are delighted to be returning to Yas Links for the 18th edition. Following the success of last year’s move to Yas Island, we have no doubt this year will be another unforgettable tournament with some of the world’s greatest golfers gathering in Abu Dhabi for a four-day festival of golf and entertainment.”

Pieters is eager to defend his title. “I’m looking forward to coming back to Yas Island ,” he said. “Winning a Rolex Series event gave me a lot of confidence going into the 2022 season, knowing you can match it with the best in the world is huge, and it’s always a great feeling to come back as defending champion to any tournament.”

Fleetwood, a two-time winner in 2017 and 2018, added: “I’ve always enjoyed starting the year in Abu Dhabi at this prestigious tournament. I’ve based myself in the UAE, it’s a brilliant part of the world, and a place I’ve been successful on the golf course, so it will be nice to play in front of family and friends to begin my DP World Tour season. Yas Links was a new challenge and I am look forward to coming back to Abu Dhabi once again.”

“Coming back as a past champion is always nice and Yas Island is a world-class destination for sport, plus you add in the amazing fans, and it makes for a winning atmosphere,” added Lowry

Earlier this month, the DP World Tour confirmed all Rolex Series events will have a prize fund of $9 million — an increase of $1million from the 2022 purse.