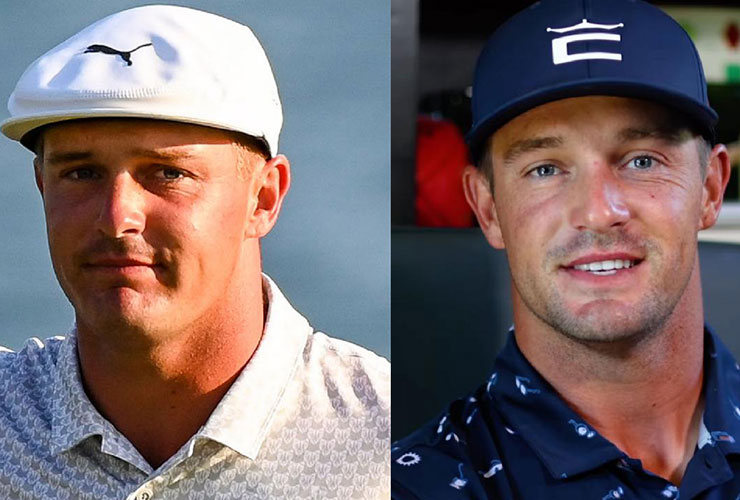 By Luke Kerr-Dineen
Bryson DeChambeau has never been afraid of diving head-first into something if he thinks it’s good for his golf game.

That’s what led him down the path of adopting a set of single-length irons in college that helped him win the US Amateur in 2015. It also explains why he decided to gain 40 pounds during the pandemic-marred 2020 season — en route to his first major win.

But speaking on the most recent Five Clubs podcast with host Emma Carpenter, which you can watch below, DeChambeau gave some fascinating insight about the latter. Gaining that weight — and clubhead speed along with it — led to some amazing success on the golf course. But off the course, he started feeling the effects, and he didn’t like it.

“I ate things that weren’t great for my system, that I was very sensitive to,” says DeChambeau, who wrapped up his first season on the LIV Golf circuit last month. “I was starting to feel weird. My gut was all messed up. I was having mood swings, it was too much.”

Indeed, DeChambeau’s diet during that time was about as intense at it gets: Upwards of 6,000 calories of an ultra-high protein diet. Lots of eggs, bacon, steak, and protein smoothies. As he said, it took a toll. So following an injury-plagued 2022 season, Bryson shifted course.

DeChambeau says he recently adopted a “Whole30” diet, a 30-day diet where participants eliminate all alcohol, sugars, grains, dairy and other foods, and replace them with more whole foods, like nuts, vegetables, fruits and grass-feed proteins.

It’s not as much a weight-loss diet — although he has dropped 20 pounds — as it is a cleanse, designed to cut out foods that cause inflammation and other sensitivities. He’s started to slowly reintroduce certain foods with the help of a new personal chef, he goes onto say, and he saw the effects almost immediately.

He didn’t take the conventional route to get there, but he never does. Emotionally and physically, DeChambeau says he feels better than ever.

“I go from one extreme to the other,” he says. “Then after I try both, I find something in between works for me.”