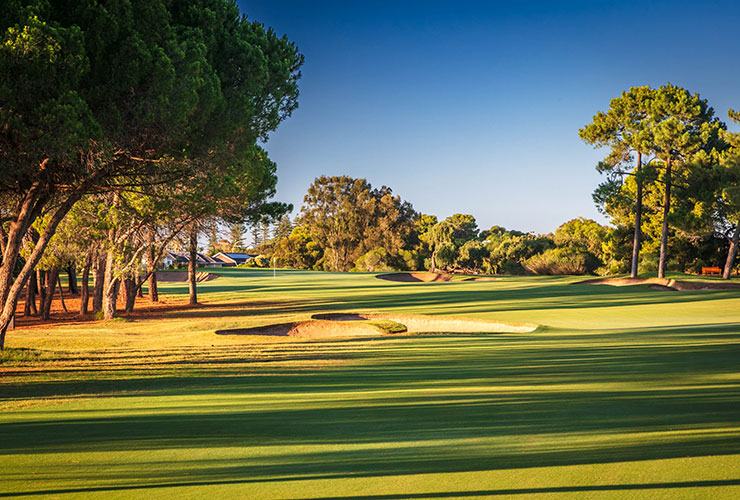 By Mike McAllister, Contributing Writer
Born and raised in Queensland, Greg Norman doesn’t hesitate to call himself a banana bender, the humorously affectionate term for inhabitants of Australia’s north-eastern state.

Even so, his connections with South Australia run deep. When his father’s great grandfather arrived in the country, his entry point was Port Lincoln, in the Eyre Peninsula and roughly 150 straight-line miles from the capital of Adelaide. “Really, my whole family history from my father’s side started here,” Norman has said.

From a golfing standpoint, South Australia also became a pivotal point in Norman’s Hall of Fame career. It was in 1976, at the age of 21, that he won his first professional event, the West Lakes Classic. Shooting 64-67-66 the first three days, Norman led by 10 strokes going into the final round, eventually holding on to beat a field that included Aussie greats Bruce Crampton, David Graham, Bruce Devlin and Graham Marsh.

That tournament was held at The Grange Golf Club, and in 2012, Norman returned to the Adelaide area to redesign the East Course. It’s now one of the top 60 courses in the country, according to Australian Golf Digest’s latest rankings. 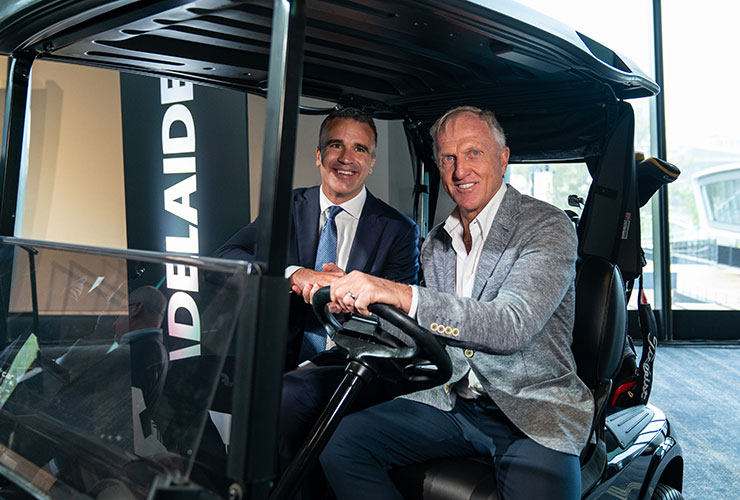 Ten years later, the next chapter of the Norman-South Australia relationship has become official with LIV Golf’s announcement that the 2023 season will include a stop at The Grange on April 21-23 for the league’s first event held Down Under. A joint news conference with Norman, LIV Golf’s CEO and Commissioner, and South Australia Premier Peter Malinauskas on Monday morning in Adelaide made the multi-year agreement publicly official.

“This is going to be unlike any other sporting event that we’ve hosted in the state of South Australia,” said the premier, “and it’s something that is truly international that we can all be very proud of indeed.”

It should come as no surprise that Norman made it a priority to hold a LIV Golf event in his home country.

“I’ve always been a staunch proponent myself personally as a player to promote the game of golf in Australia,” he said. “I did it for decades and decades. So I made the journey down here, and I knew how the Australian market was basically devoid of quality players to the magnitude of what LIV has on its books, and I knew LIV and the Australian public would just absolutely embrace our platform.” 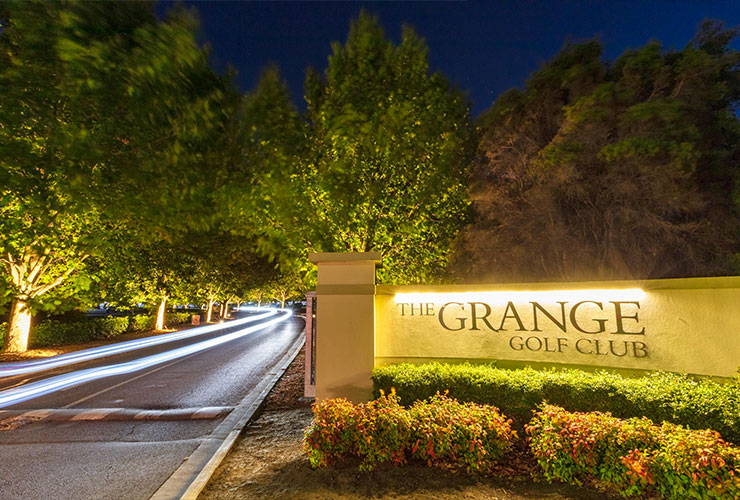 As if on cue, tickets became a hot commodity on Monday, with an extremely high demand for three-day grounds passes. LIV Golf released additional tickets later in the day in hopes of satisfying the early consumers.

Pushing to play in Australia was one thing. But pushing a particular location is another. Despite his strong ties to The Grange, Norman wanted to make sure the LIV team did its due diligence in site selection.

Three months ago, a LIV contingent arrived in Australia to scout various courses. Norman gave the team a list of approximately two dozen courses to check out. Like with all world-class golf events with significant attendance, hospitality and logistics needs, certain criteria needed to be met. Evaluations went beyond the critical first-level scope of the course itself.

Of those 24 courses, the list was whittled down to eight potential sites. The Grange obviously was one of them. But as discussions and conversations were held, Norman reminded himself that his involvement needed to be with the head, not the heart.

“I have a little bit of a soft spot for it,” he said of The Grange, “but I couldn’t let the emotion override the business decision.”

Still, during the negotiating stage when Norman made contact with Malinauskas, he was impressed by the premier’s enthusiasm and energy toward the potential of hosting the LIV event. “His reaction was so positive because he loves golf, he loves LIV, he loves the footprint that LIV can deliver,” Norman said. “He loves the mechanism that LIV can deliver from an economic standpoint for his state, from a tourism perspective. The acceleration of the conversation was almost like lightning speed.”

Tourism, indeed, was a key consideration for Premier Malinauskas.

“From the moment that the rumours started circling that LIV could end up in Adelaide, my phone along with many others lit up like a Christmas tree talking about where are the best places to stay, go and book,” he said.

Just last week, the Australian Football League announced plans to host a 24th round of its 2023 schedule entirely in South Australia, with all 18 clubs playing in nine matches, many of them at the Adelaide Oval. This “Magic Round” will take place April 13-16.

A week later, LIV Golf comes to town. The economic impact, said Premier Malinauskas, is expected to be in excess of $70 million. The timing is especially convenient for Australians since it comes during the middle of national school holidays.

“We’ll see the whole state bursting at the seams showcasing everything we have to offer,” he added. “We know when people come to South Australia for the first time, they end up wanting to come back a second time. They go home and they spread the world. So the prospect of having LIV Golf attracting a whole new demographic of people to come to our state, not just to experience golf but to experience all of our amazing regions and the world-class food and beverage offering is something that is worthwhile to be excited about.” 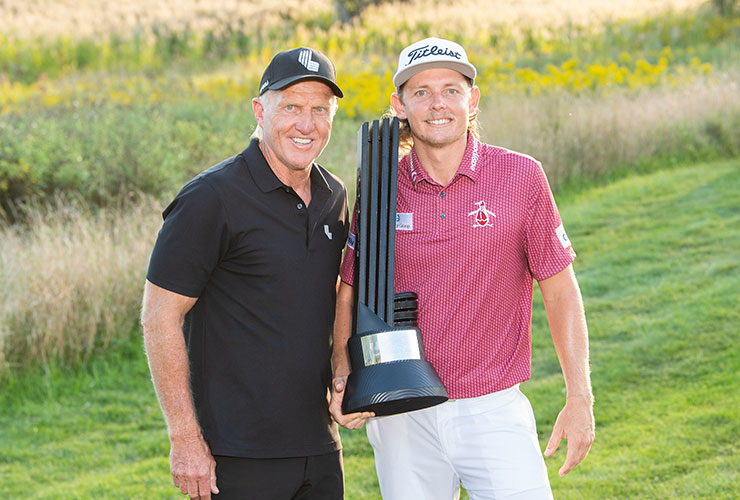 One other thing Australia’s golf fans will get to see in April is the reigning Open Champion Cameron Smith. The 29-year-old captain of the all-Aussie team Punch will be the featured attraction for many locals.

When Smith joined LIV Golf prior to the fourth event of the season in Boston, the first thing he mentioned in his introductory press conference was his desire to give his homeland a world-class event. “It will be exciting to bring another event down to Australia,” he said, “showcasing some of the world’s best golfers at great golf courses down in Australia.”

At the time, no official announcement on the tournament’s location had been made. But with Smith and good friend Marc Leishman becoming LIV members, it was evident that Australia had become a top priority. With Smith winning in Chicago in his second start, and Punch having their best showing at the season-ending Team Championship in Miami with a second-place finish, Norman knew his fellow Queenslander had made the expected impact.

“I couldn’t have done it quite honestly without having someone like Cam Smith willing to commit to Team Aussie,” Norman said. “For him coming on board and to see the way has 120 per cent embraced LIV and the LIV family concept has helped accelerate it all.”