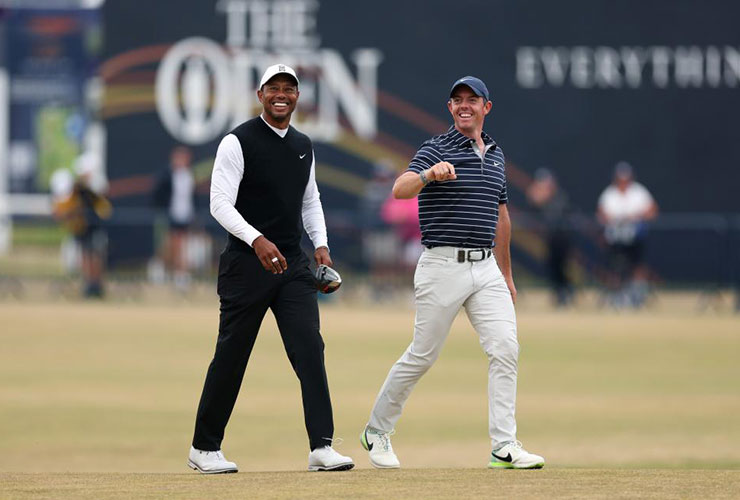 By Jay Coffin
The PGA Tour’s 2021-22 season was over a few weeks ago, Rory McIlroy wrapped up his third FedEx Cup title, and the 2022-23 campaign has already started. After Max Homa won the opening event in Napa, California, the Presidents Cup took centre stage last week and now the tour is ready to start eight consecutive weeks of events, beginning this week with the Sanderson Farms Championship in Jackson, Mississippi, and ending a week before Thanksgiving at the RSM Classic in St Simons Island, Georgia.

Sure, we’re approaching the last quarter of the year and American football tends to dominate headlines in the States, but there is still so much going on. And so much to watch. There are season-ending titles to decide, there big names still competing and there’s anticipation over whether we’ll see a certain someone play in December. And could we even see him twice?

Here are the story lines that you should be paying attention to between now and the end of 2022. 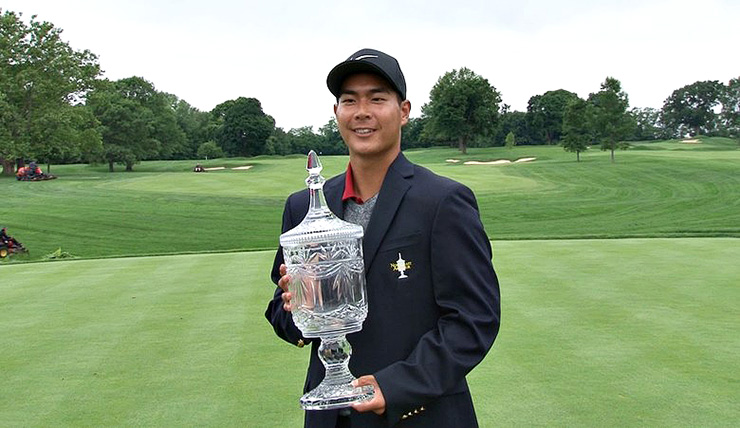 PGA Tour players trying to get early jump on FedEx cup race
There is so much to play for this autumn on the PGA Tour, with this being the last time there will be an ‘fall’ series. In 2024, the tour will return to a regular January-August schedule.
As mentioned previously there are eight consecutive tour events to wrap up the autumnal season, ending just before Thanksgiving. That gives players with lesser status — like those who just graduated from the Korn Ferry Tour — a chance to play well and get reshuffled into a higher category heading into next year. A reshuffle is an update at certain points of the year where players are moved into a priority order based on how they’re playing at that moment. It is what determines who gets into which fields.
The first reshuffle comes just after the RSM Classic on November 20. The next one will come after the Genesis Invitational in mid-February.
Justin Suh, PGA Tour winner David Lingmerth and Taylor Montgomery, among others, are a few names that finished inside the top 15 of the Korn Ferry Tour’s priority rankings for this year. Suh, a college stand-out at USC, topped the list. Montgomery played mostly on the Korn Ferry Tour in 2022 but tied for 11th at the Farmers Insurance Open at the beginning of the year and just finished fourth at the Fortinet Championship to start this PGA Tour season.
This autumn is not just for those looking to gain early momentum; there’s another change to the year that will make these early starts much more valuable. Commissioner Jay Monahan announced last month, as part of wholesale changes, that only the top 70 in the FedEx Cup standings will qualify for the playoffs. That number was reduced considerably from 125. So anyone starting the year with a goal of advancing into the FedEx Cup Playoffs will look to make some moves over the next two months. 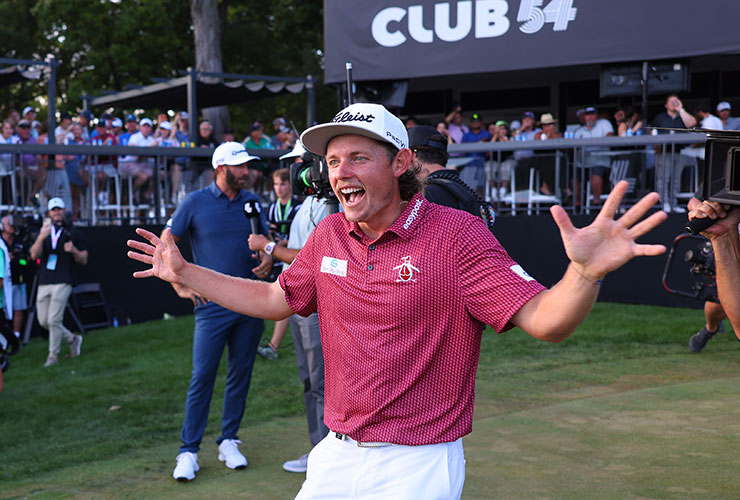 Three LIV Golf series events remain
The new circuit has played five events already but purposely planned three events for after the Presidents Cup, when the golf calendar seems to be a bit more wide open. The remaining events will all be played in October, starting in Bangkok, Thailand, from October 7-9. They will move to Jeddah, Saudi Arabia, for the seventh event from October 14-16, then the season-ending team championship will be at Trump National Doral in Miami from October 28-30. As a reminder, winners so far, in order, are Charl Schwartzel, Branden Grace, Henrik Stenson, Dustin Johnson and Open Championship winner Cameron Smith.

The LPGA’s battle for the No. 1 ranking
Four women are all within eight-tenths of a point of Jin Young Ko, who leads the Rolex Rankings. Nelly Korda is in second place, followed by Atthaya Thitikul and Minjee Lee. Ko has only won one event and that came earlier in the season. Korda missed nearly three months earlier this year to deal with a blood clot in her left arm and has rounded back into shape since her departure, although she did miss the cut in her last event, the Walmart NW Arkansas Championship. Thitikul, a 19-year-old from Thailand, may be playing better than anyone at the moment, having just won in Arkansas and finishing in ninth place the week before that in Cincinnati. 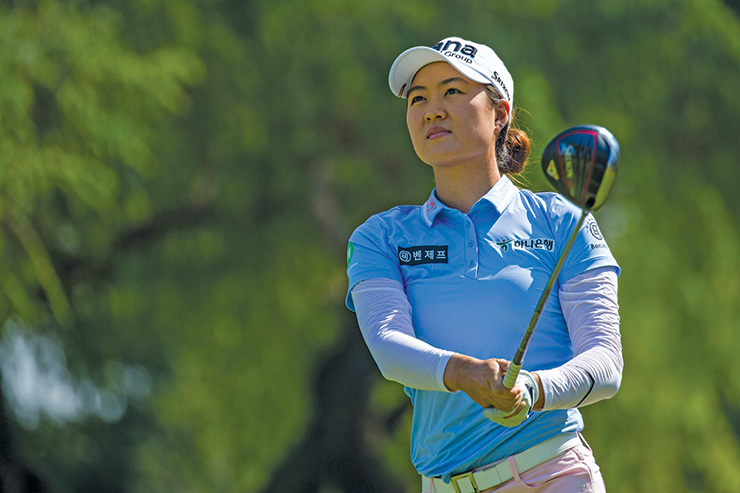 The race for the CME Globe
These standings look different than the world rankings as Minjee Lee, a two-time winner this year, including the US Women’s Open, is at the top of the list. Brooke Henderson, another two-time winner is in second place, while Lydia Ko and Thitikul are third and fourth respectively.
But here’s the thing, the list doesn’t really matter all that much when determining the ultimate CME Globe winner. Five events remain before the CME Group Tour Championship from November 17-20 at Tiburon Golf Club in Naples, Florida. The top 60 in the Race to the CME Globe standings following the Pelican Women’s Championship (November 10-13) will qualify for the CME Group Tour Championship. From there, points will be wiped clean, meaning whoever wins the event will take home the $2 million first-place prize, the biggest in the history of the LPGA. 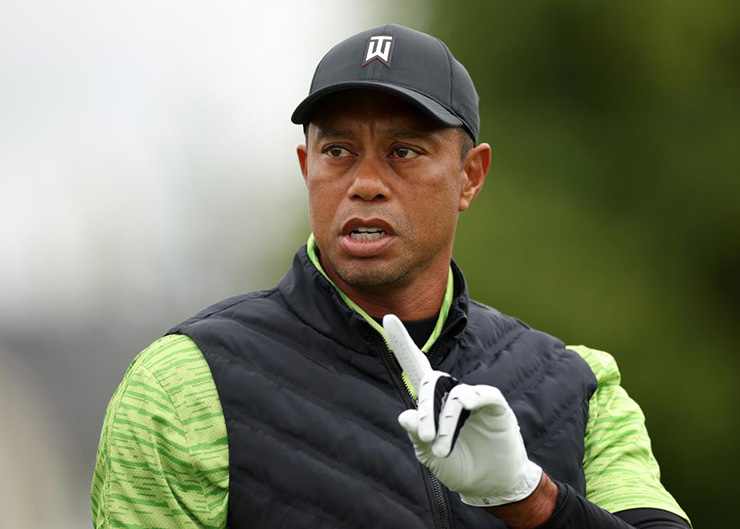 Will we see Tiger Woods play?
And if we do see Woods play, where will it be and how many times will it be? He’s only played nine competitive rounds this year — four at the Masters, three at the PGA Championship before he withdrew after the third round and two at the Open Championship at St Andrews, missing the cut. He’s laid low since mid-July at the Old Course. He wasn’t at the Presidents Cup last week, although US captain Davis Love III admitted he was in contact with Woods often during the week, asking if he saw anything particular on television coverage that could be helpful to the team. Then Woods made news last Sunday when word got out that he was on the bag for his 13-year-old son Charlie, who shot a career-low 68 in a junior event outside Orlando.
Point is, we haven’t heard much from Woods, or how he feels, or his plans for playing. The two obvious options where we could see him would be at the Hero World Challenge in the Bahamas, an event he hosts from December 1-4. That’s a 72-hole tournament with no cut. The second option is the PNC Championship, which Woods has played each of the last two years alongside Charlie. Team Woods were second place last year behind John Daly and his son John II. This event is at the Ritz-Carlton Golf Club in Orlando from December 17-18.