All set for a thrilling Sunday finale as Fitzpatrick, Rahm, Hatton and McIlroy all in the hunt at DP World Tour Championship 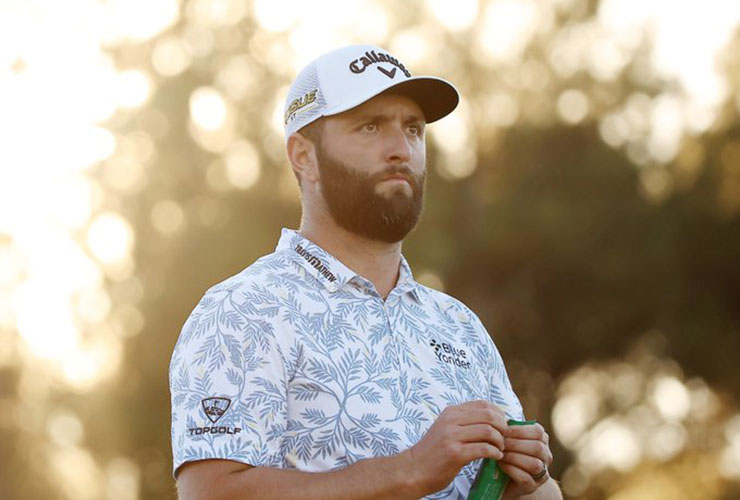 By Matt Smith
Spanish world No. 5 Jon Rahm held steady while others wobbled to surge the front on Day 3 of the DP World Tour Championship at Jumeirah Golf Estates on Saturday, setting the stage for a thrilling finale to the season in Dubai.

With overnight leaders Matt Fitzpatrick and Tyrrell Hatton faltering somewhat, Rahm scorched the Earth Course in Dubai with a blistering 65 to reach 15-under, one ahead of US Open champ Fitzpatrick, who is also attempting to beat world No. 1 Rory McIlroy to the season-long DP World Tour Rankings race.

That is easier said than done, as Rahm looks to claim his third DPWTC crown since 2017. Both Englishman Fitzpatrick and Northern Ireland’s McIlroy are also pursuing a hat-trick at JGE, with a record $10 million prize money on the line in the final Rolex Series campaign of the year.

Speaking of McIllroy, he certainly was not going to just sit idly by and let others take the limelight.

McIlroy matched Rahm’s low round of the day with seven birdies, two bogeys and a brilliant eagle on the second hole, to move up to fourth alongside Hatton (72), three back from Rahm, two from Fitzpatrick and one behind surprise package Alex Noren of Sweden in third spot.

“I don’t think I could have shot any lower today,” said Rahm. “I maximised the round. It wasn’t my best off the tee but I was able to actually get some birdies out of some not so good situations. I didn’t hit any of the fairways on the par 5s and still played them 3-under par.

“I’m hoping come tomorrow I can be a little better off the tee, and still keep the good iron play and good putting going.”

After finishing birdie, birdie, eagle on Friday, McIlroy took his form to the weekend.

“I thought that last three holes yesterday could really kick-start a little bit of momentum for me, and I’ve brought that into today,” he said. “I’ve played so well on this golf course over the years that I know how to shoot low scores here and I know how to make birdies. It was just a matter of getting it out of myself. And  over the last 21 holes, it’s been a lot better.

“I just need to continue to put the ball in play off the tee and in the fairway and give myself plenty of chances from there.”

Fitzpatrick essentially needs to win on Sunday and hope McIlroy falters to finish lower than seventh if he is to overhaul the Northern Irishman.

“It would mean the world to win the Race,” he said. “I’m going to need a lot of things go my way. I feel like this could be a third win here, and if it happens, it could be all three times I’ve not won The Race to Dubai.

“So yeah, maybe I guess I just left it a little bit too late to play well but I’ve given myself a chance tomorrow, and that’s all you can do at the start of the week. I’ll do the best I can and fingers crossed.”