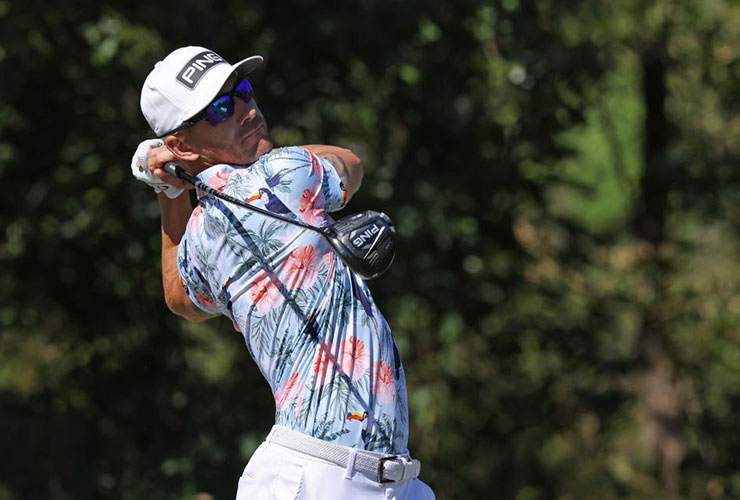 By Jay Coffin
When does a tour pro ever play golf in tennis shoes? In the case of Tano Goya, it was when he found out he was due on the first tee in two minutes.

Goya, a 34-year-old from Argentina, was an alternate at the Shriners Children’s Open and prepared all week like he was going to get in the field at TPC Summerlin. He had heard that Matt Kuchar was having difficulty with his knee and knew the chances were good that he’d eventually get the call.

He also knew that Kuchar had an afternoon tee time, but still arrived at the course at 5.30am to make sure he was ready in case anyone else dropped out.

“All of a sudden, my caddie called me saying, Peter Malnati was like 10 minutes ago and couldn’t see him,” Goya said Thursday. “I said, I saw him in the gym. I saw him on the track. I was like, he’s here. I’m not sure, maybe that’s wrong information or something.”

It turned out to be right. Malnati did withdraw, although no reason was given.

Goya got confirmation at 7am that he was due on the 10th tee to start his first round promptly at 7.02am. Yes, two minutes.

About the shoes? Goya asked a rules official if he could somehow get his golf shoes out of his locker, which he did. They were changed out in the middle of the 10th fairway and Goya went on about his business, shoot a three-under-par 68 that included four birdies and a lone bogey.

“After that, for me,” Goya said, “the round today was great. Shooting three-under after what happened today is a bonus.”

The 649th-ranked player in the world was well inside the top 40 on the leaderboard when he finished and only five shots behind leader Tom Hoge (63). Goya played on the Korn Ferry Tour this season and tied for fifth place at the Korn Ferry Tour Championship to help him secure his first PGA Tour card. He missed the cut in the season-opening Fortinet Championship and was 78th last week at the Sanderson Farms Championship.