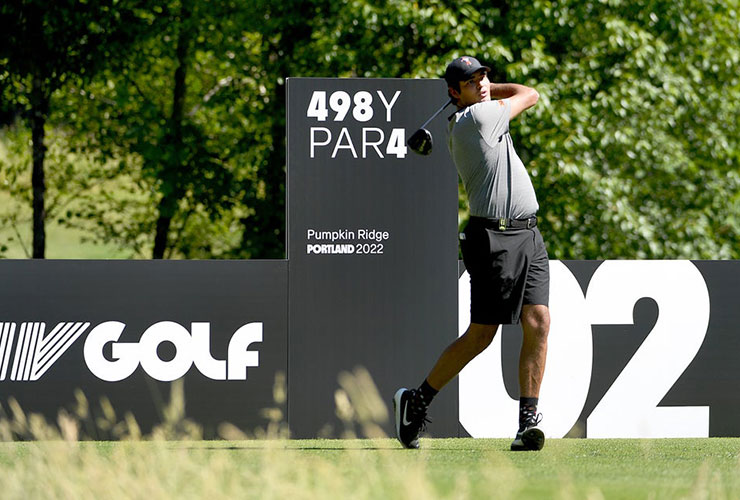 By Matt Smith
Spanish youngster Eugenio Chacarra continued his rocketing trajectory of 2022 as he surged to the top of the leaderboard at LIV Golf Bangkok at Stonehill on Friday.

The 22-year-old began the year as the world No. 2 amateur, before turning professional upon joining LIV Golf in time for its second event at Portland, Oregon in June.

While he had yet to light up the field on his first four outings at LIV, that all changed on Friday as he showed his true potential as one of the game’s brightest young stars.

Marc Lieshman looks to have put his Chicago woes behind him and is T4 on six-under, while another up-and-coming youngster — Australia’s Jediah Morgan — sits one stroke further back on five-under.

A raft of players including big names Brooks Koepka, Bryson DeChambeau and Sergio Garcia are lurking, but Chicago winner last time out Cameron Smith struggled to an even-par 72.

Koepka was among the players raving about the new club at Stonehill, saying: “There isn’t a blade of grass out of place here and it suits the big hitters. It really is one of the best courses out there.”

Bangkok is the penultimate event on the season proper in the Individual Championship — the players head to Jeddah in Saudi Arabia next week — before the Team Championship finale in Miami at the end of the month.