The Gulf Club The Masters 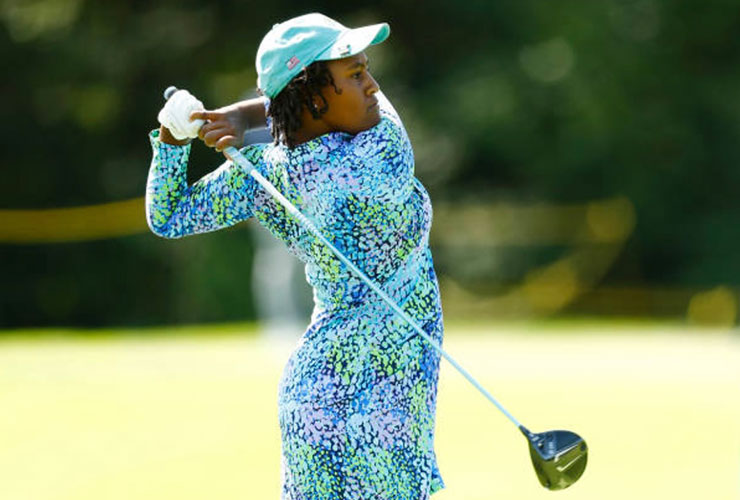 By Matt Smith
UAE resident Maya Palanza Gaudin has booked her place at the 2023 Masters thanks to her victory at the of the Drive Chip & Putt tournament, Girls 12-13 Division Northeast Regional Finals, at TPC Boston in Massachusetts.

Thanks to her impressive win, Gaudin will now compete in the US National Finals which will be played at Augusta National during Masters week (April 6-9).

The Abu Dhabi-based 12-year-old was one of the thousands of junior golfers who competed in the Drive Chip & Putt series across North America and is one of 40 girls and 40 boys to qualify for the Augusta National event.

Gaudin, who has lived in the UAE since she was a baby, is a member of the Emirates Golf Federation and regularly competes in junior golf competitions across the UAE and internationally. Earlier this year, she won first place in the US Kids European Championship played in Scotland with 72, 74, 74 four-over winning score. Maya also won the 2021 Woman’s Club Championship at Yas Links Abu Dhabi.

You may also like:
Golf Digest Middle East presents Oktoberfest 2022
Chiara Noja secures LET card for 2023
Laklalech becomes first Arab to win on LET
Should the Presidents Cup bring in the LPGA players
Justin Thomas is a hard ‘no’ on PGA Tour v LIV Golf
Greg Norman shut out of Shootout
Adam Scott on why he shunned LIV Golf
LOOK: The latest LIV Golf standings after Chicago
Five ways to improve the Presidents Cup
Every player at the 2022 Presidents Cup ranked and rated
Davis Love finds his voice — thanks to LIV
WATCH: LIV Golf highlights from Chicago
WATCH: Willett’s three-putt to lose Fortinet
Pay day in Chicago: Who won what at LIV Golf?
Loud and proud crowd the difference at Presidents Cup
WATCH: Bryson gets in a tangle at  Chicago LIV event
Get your FREE September edition of Golf Digest Middle East here