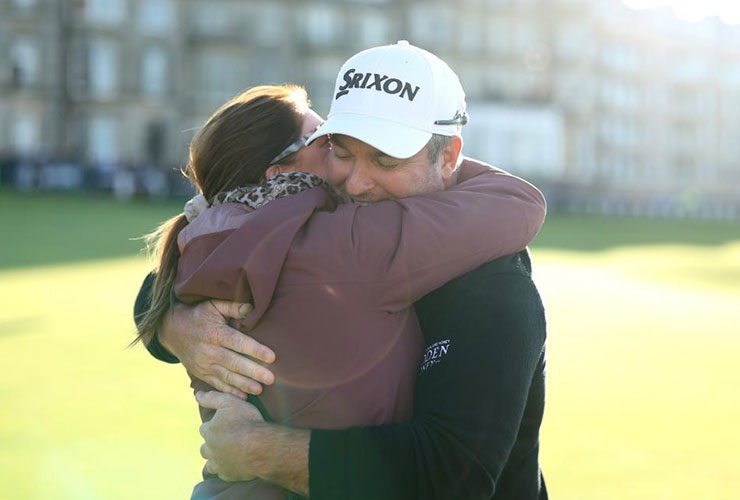 By John Huggan
We’re not talking deja vu. Not quite. But it was close. Two-and-a-bit months on from his ultimately disappointing closing round of 70 and third-place finish in the 150th Open Championship, Rory McIlroy’s return to the Old Course at St Andrews followed an eerily familiar script. Only the numbers and geographic origin of his conqueror were different.

So it is that McIlroy will head to next month’s DP World Tour Championship in Dubai still searching for his first victory on his home circuit in 2022. His sizeable points lead atop the tour rankings tells a story of remarkable consistency, however. In nine events so far this year, a T-12 in Abu Dhabi back in January remains his only finish outside the top 10. And eighth at the PGA Championship is the only other time he has not inhabited the top five. In all, McIlroy has six times finished in the top four.

Still, while it is surely nice to be the man to beat, it can’t be quite so pleasant when someone keeps doing just that. Which is not to say McIlroy will be leaving the Home of Golf less than philosophical. As he pointed out after completing his final round with what was his seventh birdie of the day, he started eight shots back armed with “no great ambitions”.

“I’m playing really well, which I keep saying,” McIlroy said. “When you put yourself in the mix week in and week out, you are going to win some tournaments you probably shouldn’t. And you’re going to lose some you should probably win. It evens out at the end of the year. Plus, today all I was thinking about was a top-10 and finishing the week on a positive.”

It is fair to assume that thinking didn’t last too long as overnight leader Richard Mansell faltered early and often. Along with Fox and eventual runners-up Callum Shinkwin and Alex Noren, McIlroy surely scented blood.

One-under after five, McIlroy went in and out of St Andrews’ loop at the far end of the course in one-over 3s, his only 4 in an eight-hole stretch from the sixth tee to the 13th green coming at the seventh. The run ended at the long 14th, when McIlroy’s birdie attempt from about 20 feet horseshoed out of the cup. It was, as things turned out, the beginning of the end. Only a minute or so earlier, Fox had moved to 15-under, two shots clear of the four-time major champion.

Amidst that run of 3s, McIlroy hit what must rank as one of the shots of his season, a full-blooded drive off the par-4 12th tee that finished 13 feet, eight inches from the flag. The putt for eagle missed. But no matter. One hole later, a five-foot birdie putt disappeared into the cup. Seconds after that, however, Fox’s birdie at the ninth relegated McIlroy to the role of pursuer once again.

“I walked down the 12th and thought my ball was actually Matt Southgate’s ball,” McIlroy said. “His was further right, on the line mine finished on. My ball nudged right on landing. Look, there’s a bit of luck involved. You whack it down there and see what bounce and hill it takes. I got a good break for it to finish where it did. I actually hit what felt like a better shot to 14, but it ended up in the back bunker. It’s a tough up-and-down from there.”

What proved to be the absolute end of McIlroy’s quest to end years of frustration in this event — he has three times been runner-up, once third and now twice T-4 in nine starts — was, as so often at the Old Course, the infamous Road Hole. After pulling his drive into the left rough off the penultimate tee, McIlroy’s approach found the equally infamous Road Hole bunker. From there, he played sideways and eventually did well to make bogey.

“I didn’t have to get the ball up at 90 degrees, but it wasn’t far off,” he said. “I had visions of myself leaving it in there. I thought if I could at least make 5, I could maybe eagle the last to make up for it. If it was 10 years ago and I was in my exuberant youth, I would have tried it. But I know better these days.” 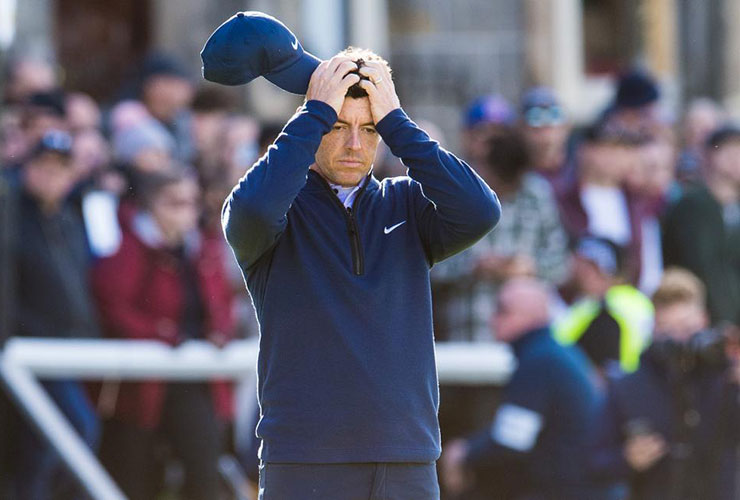 There was one consolation for McIlroy. Playing with his father, Gerry, for the eighth time in this event, the pair made the cut for the seventh time, ending up in a tie for eighth place on 30-under, seven shots behind the winners, Shinkwin and New York art dealer Alex Aquavella. All in all, good enough for McIlroy to ponder a ninth attempt in 2023.

“It was a really good effort for us to make the cut and get another round at the Old Course,” said the junior McIlroy. “We thought this might be our last one, but I think after this we’ll have to give it another try next year. I get enough warm weather. I like getting back here. I like the climate. I like the seasons, which is something Florida doesn’t have. It’s nice to be here.”

Not surprisingly, Fox was making similar noises after his second DP World Tour victory of the season, one that surely sent a message to the captain of the International team at last week’s Presidents Cup, Trevor Immelman. Despite being ranked higher than five of the South African’s wildcard picks — and one of the automatic qualifiers — Fox, a non-PGA Tour member, was controversially omitted from the squad.

All of that, however, was not Fox’s first thought in the aftermath of a victory that paid him $816,000. Instead, his mind was fixed on legendary cricketer and long-time Fox partner in this event, Shane Warne, who died suddenly earlier this year.

“This means a lot,” Fox said. “To be honest, the only person I can really think of at the moment is Shane. I felt like he was there with me today. We were great mates. He loved this tournament and it’s just a shame he’s not here. He was missed by a lot of people.”

In truth, Fox made hard work of finishing off what is his third DP World Tour victory. Five-under for the day through 13 holes, he played the last five in one-over to just get over the line, one shot ahead of Shinkwin and Noren. Most stressful though was the bogey he made — eventually — on the aforementioned Road Hole.

After a drive way left in the heavy rough, Fox laid up nicely maybe 20 yards short of the elusive putting surface. The, next shot, however, was hit heavy, the ball coming up at least 50-feet short of the target. The first putt pulled up four feet away and Fox, three times a runner-up on tour this year, rapped in the second to give himself the opportunity to play safely for a winning par on the drivable 18th.

“Obviously, I was pretty nervy the last three holes,” admitted Fox, who has risen to second on the DP World Tour rankings, behind McIlroy. “I didn’t hit very good shots on 16, 17 or 18. I was just trying not to make mistakes. I knew where I was and it’s a hard golf course to do that. It’s almost an easy golf course when you’re chasing, but bad shots are really penal those last five holes. As bad as it sounds, I was just trying not to hit really bad shots. Thankfully, I got away with it for the most part.”

It’s what winners do.