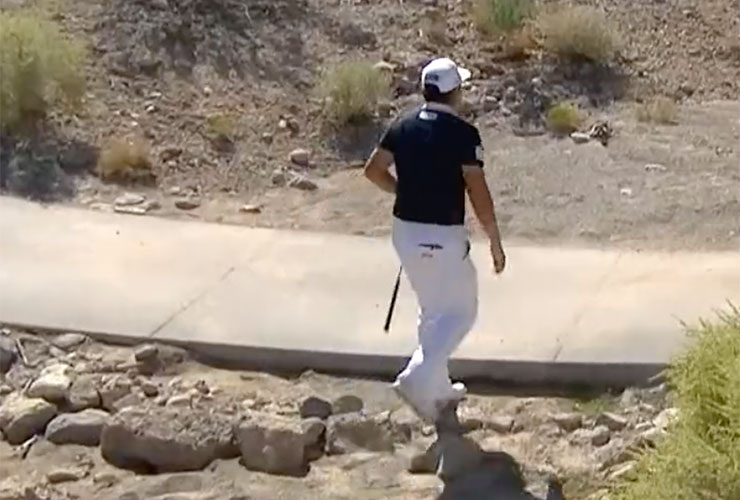 By Alex Myers
With 45 events of a 47-tournament schedule still to be completed, there’s a ‘lot’ of golf left in the 2022-23 PGA Tour season. But when it comes to recovery shots, it’s going to be tough to top the one Sungjae Im had on Thursday.

The South Korean found himself playing his second shot on the par-4 third hole at TPC Summerlin from the dreaded “native area” during the opening round of the Shriners Children’s Open. Adding to the difficulty was the fact that he faced a blind, uphill shot from 163 yards that needed to be elevated quickly with several large rocks and a cart path directly in front of him.

But none of that stopped Sungjae from pulling off a spectacular highlight. Have a look:

INSANE approach by Sungjae from the native area. pic.twitter.com/Xz8lWkByKO

Anyway, it’s too bad Im’s ball didn’t find the hole for an eagle, but he happily tapped in for birdie to get to red figures as he begins his title defence. And if he does win again, they should put a plaque in that native area spot.