Open Championship 2022: Max Homa had the perfect reaction to finally getting his dream pairing with Tiger Woods 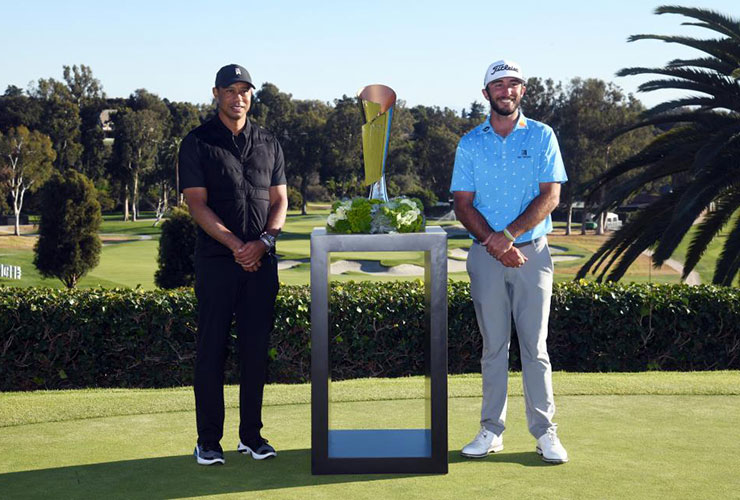 By Alex Myers
The reigning US Open champ and the darling of Golf Twitter will play together this week at the 2022 British Open. Oh, yeah, Tiger Woods is also in the group.

After all, it was nearly a decade ago when a young Homa reached out to his hero to see about scheduling a practice round at the 2013 US Open.

@TigerWoods just won PAC 12s, NCAA championship, and qualified for the us open. Any chance I can get a practice round with u?? #hero

Unfortunately, it never happened. And in 2018 Homa told No Laying Up more about his swing and a miss:

Here's @maxhoma23 in 2018 talking about trying to track Tiger down for a practice round.

This was when he was playing on the Korn Ferry Tour.

Now he's gonna tee it up with Tiger f'n Woods at the Old Course in The Open Championship. pic.twitter.com/YQ4ojyuJRF

First, Homa got the thrill of some quality time with the GOAT after winning the PGA Tour stop that Tiger hosts, the Genesis Open, in 2021. And now he’ll tee it up with Tiger at the historic 150th playing of the Open Championship. At the Home of Golf, no less. And not surprisingly, Homa had the perfect tweet for the occasion.

I’m playing with Tiger Woods at the 150th Open Championship at St Andrews. Hey golf gods, we’re even. Can’t believe this is real and ya it’s corny but who cares I’m playing with the freakin 🐐 #golf #PVO

Yep, that would make up for a lifetime of bad breaks on the course. Good for you, Max, enjoy it. And you enjoy it, too, Tiger. You may have 15 majors, but it’s not often you get to play with Twitter royalty.