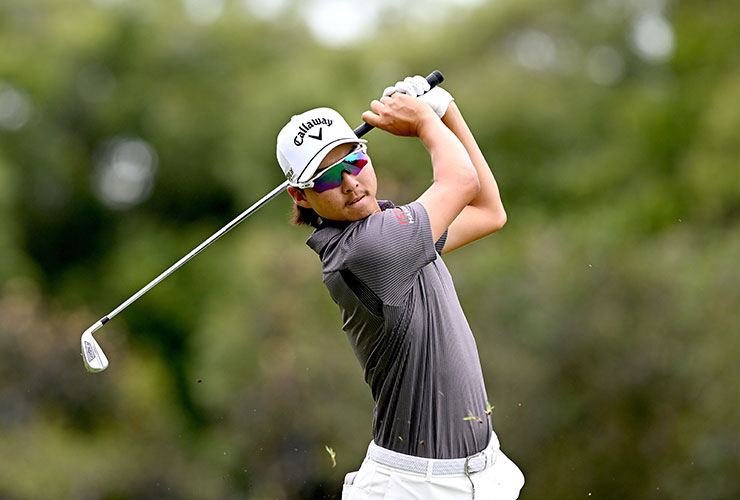 By GolfDigestME.com
Min Woo Lee fired an opening 65 to share the first-round lead at the Australian PGA Championship as the 2023 DP World Tour campaign got under way in Brisbane on Thursday.

Lee and fellow home favourites Jason Scrivener and John Lyras each made seven birdies and a single bogey on day one of the season-opening tournament, which is co-sanctioned with the PGA Tour of Australasia.

Two-time DP World Tour winner Lee made a bright start to the new season, reeling off birdies at the second, fourth, fifth and ninth to reach the turn in 32. He gave a shot back at the 10th but made amends with a 15-foot birdie putt on the par-three 11th.

An impressive pitch at the long 15th set up a tap-in birdie there before more short-game magic saw Lee get up and down from the sand at the 17th for a sensational par save. He followed that up with a closing birdie from 12 feet to head into the clubhouse on six under.

New Zealand’s Ryan Fox, fresh from finishing runner-up to Rory McIlroy in the 2022 season-long rankings, hit the opening tee shot of the 2023 DP World Tour season at 6am local time at Royal Queensland.

“It was awesome,” said Lee. “Very solid, one mistake, a bad drive on 10, but other than that, it was a very solid day approach-wise and off the tee and a very good day on the greens. So, if I can do that the next few days, it will be very nice.

“I’ve just been playing really good. I don’t know, my attitude, the last few months have just been fun and the family’s out and kids are out too, so I’ve got a lot to show off and inspire little kids and do that. So, I think it’s a pretty good attitude the last couple of months and I’ll just keep doing that.”