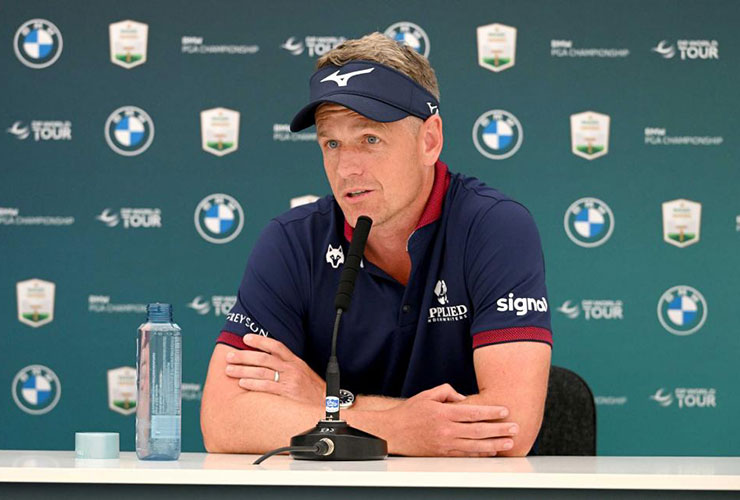 By John Huggan
The Ryder Cup may still be 10 months away, but already Europe are amping up preparations for the biennial contest against the United States. During the recent DP World Tour Championship, non-playing captain Luke Donald hosted a dinner/bonding session attended by a mixture of certainties to make the 12-man side and those less sure to be in Rome next September. And now the teams (most of them at least) for the inaugural Hero Cup, pitting Great Britain & Ireland against continental Europe, have been announced. One additional player will be added to each 10-man side at a later date.

The three-day event at the Abu Dhabi Golf Club from January 13-15 follows the format of the former Seve Trophy, a team competition that ran from 2000 to 2013. England’s Tommy Fleetwood will lead the GB&I side while former Open champion, Francesco Molinari, heads the rest of Europe. As in the Ryder Cup, foursomes, four-balls and singles matches will be the order of the three-day contest.

While the likes of Rory McIlroy, Jon Rahm, Viktor Hovland and US Open champion Matt Fitzpatrick will likely be absent — none were part of the initial reveal — three other members of what McIlroy calls Europe’s “core group” of Fleetwood, Tyrrell Hatton and Shane Lowry will be competing.

Which is not to say the two sides are lacking interesting names that should guarantee a closely fought and competitive contest.

For GB&I, Fleetwood has four compatriots for company: Hatton, Matt Wallace, Callum Shinkwin and Jordan Smith, two Scots in Robert MacIntyre and Ewen Ferguson, and a pair of Irishmen, Lowry and Seamus Power. Fleetwood, Hatton and Lowry all bring Ryder Cup experience to the squad.

Underlining the Ryder Cup preparation aspect of all this, Donald was influential in the make-up of both teams. In turn, he will clearly have an equally important role when it comes to forming the partnerships that will be on show. Former Ryder Cup skipper Paul McGinley was twice a captain in the Seve Trophy before taking on the “big job” and always underlined the importance of that experience as he led Europe to victory at Gleneagles in 2014.

“Having worked closely with Tommy and Fran on building the two teams, I’m delighted with the mix of players who will be on show,” Donald said. “We all thought it was important to combine experience and youthfulness, and I think we have found that balance with a mixture of major champions and Ryder Cup players, alongside guys who are hoping to secure a spot in Rome next year.”

Both captains, who so memorably combined for four points from their four matches together during Europe’s 17.5-10.5 win at the 2018 Ryder Cup in Paris, to ignite the ‘Moliwood’ bromance, were also making enthusiastic noises. While each clearly fancies his side’s chances, both were at pains to emphasise the primary role of the competition: aiding Donald in his own selection process. The former World No. 1 will add six picks to the six automatic Ryder Cup qualifiers.

“Our team is packed full of exciting players who all have the attributes to excel in a matchplay contest,” Molinari said. “Some of our younger players have already shown incredible maturity in high-pressured situations and proved they can perform in big moments, so giving them the opportunity to compete on this stage alongside the likes of Alex Noren and Thomas Pieters will be really important at the beginning of what could be a big year for them.”

Fleetwood added: “Having the experience of Shane and Tyrrell will be invaluable for the rest of the team in a match play environment but I think we are really strong throughout. We have proven winners in some of the biggest DP World Tour events and it will be great to have Seamus with us following his excellent start to the season in America.”

As for who is likely to come out on top, the current World Ranking provides a hint … or confuses the matter, depending on your point of view. The four highest-ranked players on show — Lowry, Fleetwood, Hatton and Power — will all be representing GB&I. But so will the two lowest-ranked: Ferguson and Wallace. The average ranking of the GB&I squad is just over 73, versus a tad more than 82 for the Continentals. So could go either way.