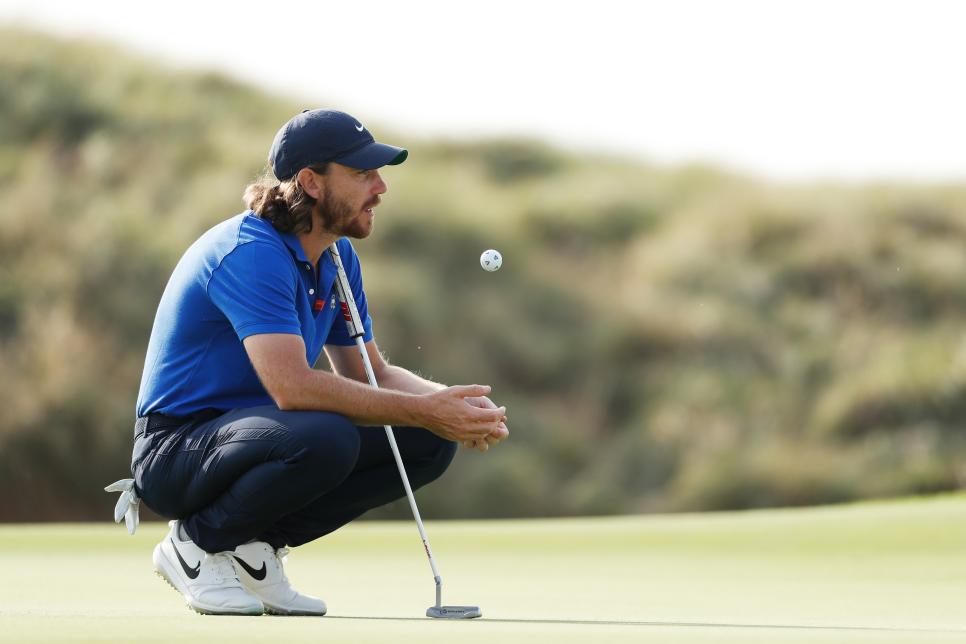 By Matt Smith
Tommy Fleetwood flew into Dubai on a high he has not felt for three years — and now he is gunning for more success at the DP World Tour Championship, which brings the curtain down on the 2022 season at Jumeirah Golf Estates.

The Englishman defended his Nedbank Golf Challenge title (with a two-year Covid hiatus) at Gary Player Golf Club in Sun City, South Africa, on Sunday, and is aiming to end the season on a high, with another trophy and also, potentially, overhauling Rory McIlroy at the top of the season-long DP World Tour Rankings race.

The six-time DP World Tour winner is no stranger to success in the UAE having won the Abu Dhabi HSBC Championship back-to-back in 2017 and 2018, and he wants to add a Dubai crown to that list.

Speaking at Jumeirah Golf Estates on Tuesday, the 31-year-old explained how good it feels to get over the line once again.

“I think the overall feeling of last week was how much I enjoyed being back in contention,” he said about winning by one stroke from fellow Rankings rival Ryan Fox in Sun City. “I’ve said for a while that I feel like my game’s been on the right track and I’ve been doing a lot of the right things. I’ve been driving it so much better. And if there’s ever an example of where you have to drive it well, it’s last week.

“We’re lucky that we get to — with the DP World Tour — get to come here to the UAE quite a lot. And I think with that you do grow a comfort with being somewhat familiar.

“I’ve enjoyed the tournaments in the UAE all the way through my year. And I feel like the course is settled for good ball striking. Look at the players that seem to do really well around these courses, a lot of the top, top players seem to do well or win, win these tournaments.

“So I’ve always enjoyed that. Yeah, it’s nice coming back to a place where I have consistently been in contention, and I looking forward to getting out there this week.”

Fleetwood also has some home comforts in Dubai these days.

“I am a resident in the UAE. My family lives here now, kids go to school here,” he added. “So Dubai is where normal life is for us at this time. So that’s been great, and we’ve settled in really well. Everybody’s been great.

“I’ve had a lot of good rounds around this golf course. There’s only really one year where I put it all together for four rounds, but I had an amazing week that week.

“I know I probably have played here more than anybody else over the last couple of months. But a lot of people here have so much experience on this golf course. We’ve been coming here for a long time, and it’s got such a stable place in the Tour.

“I’m looking forward to going out and playing. I think from what I was playing here the week before last week, they had the rough a lot thicker than what I think they’ve had it before in the past. Which, if you’re playing well, it’s not going to make that much difference because you’re going to be in the fairways. But I think the variety from a bad driving day or not quite being on your game will be a bit lighter this year.