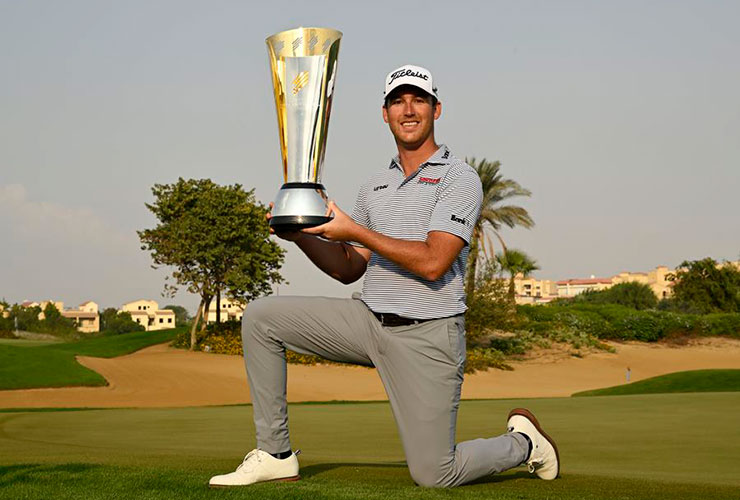 By GolfDigestMe.com
Andy Ogletree played in the maiden LIV Golf event in London, and may have just played his way back into the reckoning for the 2023 schedule of the new circuit thanks to securing his first title in the professional game after winning the $1.5 million International Series Egypt at Madinaty Golf Club in Cairo.

The former amateur star fired a final round eight-under-par 62 to finish with a tournament total of 23-under and win by four shots from fellow LIV Golfer Bernd Wiesberger, who returned a 63.

Korean Jeunghun Wang and Sihwan Kim (guess where he also plays) from the United States tied for third, seven behind the winner. The result saw Sihwan return to the top of the Asian Tour Order of Merit list.

“This is amazing, just incredible,” said the rising star from Little Rock, Mississippi, who earned a cheque for $270,000.

“I have always been a huge fan of match play and that is kind of what it came to in the end, it was basically a two-man race. I just tried to keep matching what he was doing, I kept making a lot of putts. Fortunately, I was able to play better than Bernd, he’s a great player and it was really awesome to come out on top.”

The 24-year-old, who played on the golf team at the prestigious Georgia Tech University, won the US Amateur in 2019 and was part of the victorious American team at the Walker Cup the same year. He turned professional the following year and is a rookie on the Asian Tour this season.

Ogletree added: “It has been an awesome week. First time in Egypt. I got to experience everything the tourists do, I went to the Pyramids, we stayed at a great hotel and the golf course was spectacular. It has just been a really awesome. My first trip to Egypt is one that I will never forget.”

Wiesberger was attempting to win his third Asian Tour title and first in nine years but found Ogletree just too good.

“Yeah, I mean I take that [shooting a 63] going into Sunday in the last group,” said the 37-year-old, an eight-time winner on the DP World Tour. “You know, it wasn’t good enough to throw everything at him. A couple of loose bogeys but other than that I did as much as I could. He holed a lot of putts when I was in position to do so. He had it going on the greens today so fair play to him. I played a good round and can be proud of myself.

“It was nice, good to stay competitive, good feeling, good golf course and tried to hit a lot of good shots. Coming in with a nice result is always a bonus as well.”