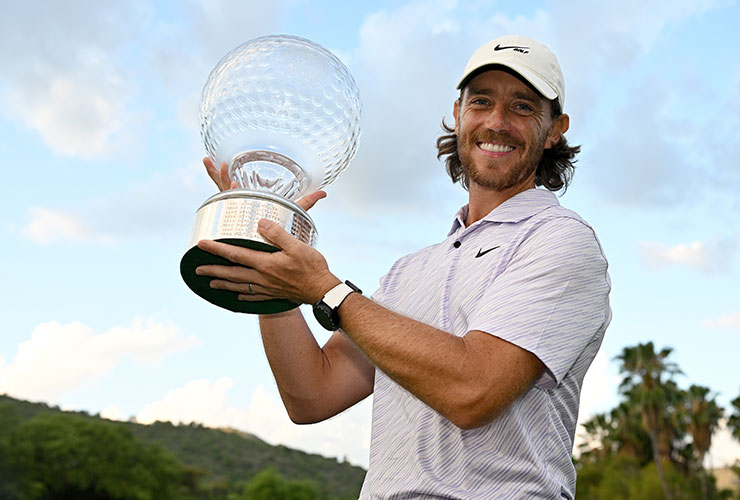 By GolfDigest.ME
Tommy Fleetwood held on to his crown at the Nedbank Golf Challenge after winning a thrilling battle with Ryan Fox down the stretch at the Gary Player Country Club.

The Englishman sealed his sixth DP World Tour victory three years after he last lifted the trophy in Sun City — with the event returning for the first time since 2019 due to the Covid-19 pandemic.

Fleetwood shot a five-under-par 67 to finish on 11-under, one ahead of New Zealand’s Fox, who would have leapfrogged Rory Mcllroy at the top of the DP World Tour Rankings with a victory.

Fleetwood and Fox went into the final round three shots behind Rasmus Højgaard and Thomas Detry and the overnight leaders had only managed five holes when play was suspended due to lightning in the area.

Shortly after the restart, Højgaard went bogey-bogey-double bogey from the seventh, and Fleetwood and India’s Shubhankar Sharma took advantage, moving to 10-under with birdies at the par-five ninth. Sharma posted another at the 10th while Fleetwood could only par as Fox joined the party.

Fox had started with six straight pars then birdied four in a row. He left himself around eight feet at the seventh and eighth, was unlucky with a long eagle putt at the ninth before tapping in, and then holed an 11-footer at the tenth.

Fleetwood slipped back after a bogey at the 12th but a moment of magic at the 14th turned things back in his favour. He was in the bunker left of the par-five in two and holed it for eagle it to jump to 11 under, and moments later, his playing partners Sharma and Fox rolled in their birdie putts and the three of them walked to the 15th tee sharing the lead.

Sharma’s challenge ended with bogeys at 16 and 17 and when Fleetwood tapped in for par at the last, after almost sinking a huge birdie attempt, Fox paid for a poor tee shot and posted his only bogey of the day at the worst possible moment.

Sharma finished in solo third at nine under par, with Scotland’s Richie Ramsay a shot further back. Christiaan Bezuidenhout was the highest placed home favourite at seven under par alongside Sweden’s Sebastian Soderberg.