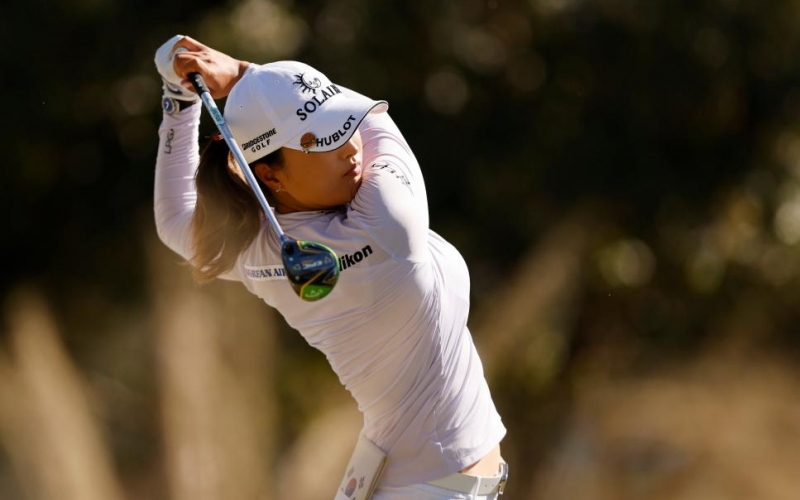 By Matt Smith
Jin Young Ko, the double major winner and world No, 1 is heading to Scotland for the 2022 Trust Golf Women’s Scottish Open at Dundonald Links from July 28-31.

Her announcment swells the ranks as fellow major champions Minjee Lee, Jennifer Kupcho and winner of the 2022 KPMG PGA Championship In Gee Chun are all set to tee up in Ayrshire.

Ko began this season with a history-making victory at the HSBC Women’s World Championship in February, which saw her set the LPGA Tour’s all-time record for most consecutive rounds in the 60s (15) and most consecutive sub-par rounds (30). She also claimed four top five finishes this season including tied fourth in the US Women’s Open earlier this month.

“I haven’t been back to Scotland since I first played in this event in 2018 so I am really excited to return in the summer,” Ko said. “Even though links golf is tough, I really like to experience the different conditions that we don’t get in Korea or anywhere else in the world. I haven’t travelled much outside of Asia or America over the last few years, so I am looking forward to enjoying some Scottish food and beautiful scenery while I am there and also seeing how the event has evolved since I was last there four years ago.”

You may also like:
The teams are set for Portland after LIV Golf draft
DP World Tour and PGA Tour strengthen ties
All the latest news from around the UAE and beyond
Xander ends his PGA Tour drought
In Gee holds on to win KPMG
Dubai’s Chiara Noja continues to dominate on LET Access Series
Abu Dhabi-based 12-year-old wins in Scotland
All the latest news from around the UAE and beyond
Wolff among latest names rumoured to be joining LIV Golf
DP World suspends LIV Golf players
LIV Golf: Top stars set for Portland
WATCH: Highlights of the Ladies European Tour Czech Open
WATCH: Highlights from the KPMG Women’s PGA Championship
WATCH: The monster putt that won on DP World Tour
UAE champions to the fore at BMW International Open
Take a look at how Rory outdrove playing partners
Rory calls LIV players’duplicitous’
JT shuts down LIV rumour mill
LIV players permitted to play in Open
PGA plans tour series to rival  LIV