By Matt Smith
LIV Golf has announced the global field of players and the 12 team captains that will tee off at the second tournament of the season, the LIV Golf Invitational Portland, taking place June 30-July 2 at Pumpkin Ridge Golf Club in Oregon.

Three weeks after LIV Golf’s historic launch at Centurion Club in London, the Portland field will showcase nine of the last 21 major winners, four former world No. 1 players and nearly half of its competitors currently ranked in the top 100. The global field represents 12 different countries and a combined 20 major titles, as well as future stars of the game who earned an NCAA National Championship, US Amateur Championships and professional tour wins among their accomplishments. Players will compete for $25 million and the chance to become the second individual and team champions for LIV Golf. 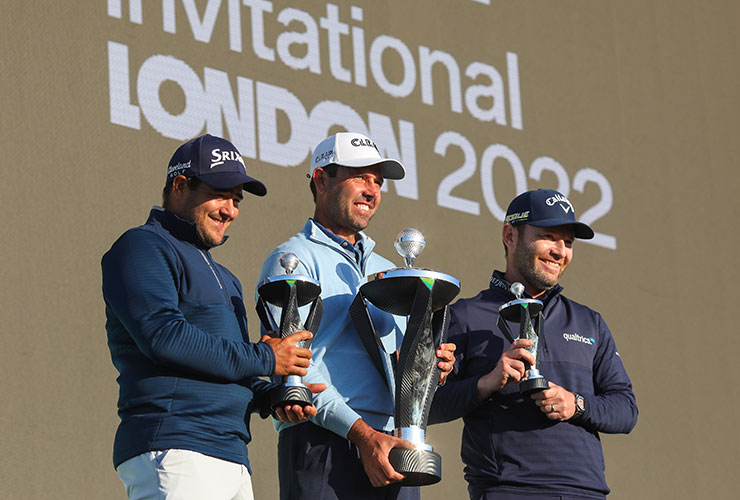 Charl Schwartzel, Hennie Du Plessis and Branden Grace on the podium in London

“Coming off our successful launch in London, we take another leap forward with our strengthened field for Portland,” said Greg Norman, CEO and Commissioner of LIV Golf. “Record-setting champions, global ambassadors and rising stars are showing that players are eager to get involved with our innovative model that stresses camaraderie, competition, and above all, fun, that drives a new and entertaining product for today’s golf fans. The response after one event has been overwhelming. Free agency has officially come to golf. I’m proud of this field and our entire team that is committed to creating a new and exciting future for this sport.”

The 48-man field in Portland will play across 12 teams of four players each. Teams for Portland will be announced on Tuesday, June 28 following a draft during which team captains will select players from the field. 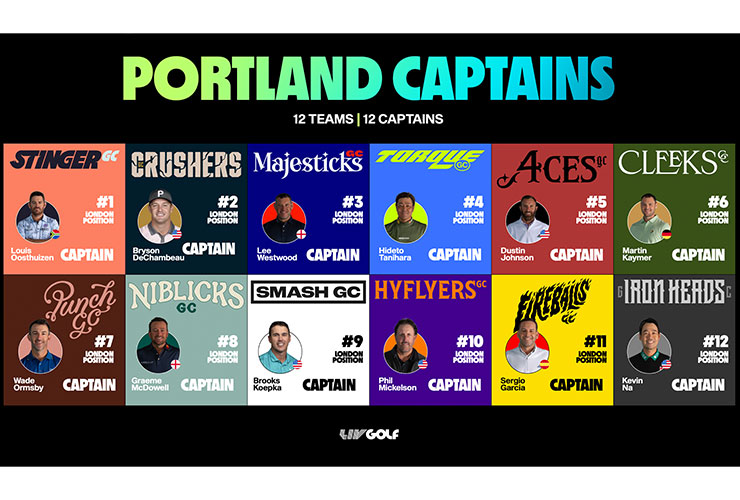 The team captains announced for the Portland Invitational

You may also like:
PGA announces new plans, but not everyone happy
LIV Golf officially announced the signing of Brooks Koepka
LIV players permitted to play in Open
PGA plans tour series to rival  LIV
LIV Golf announces latest major signing
Brooks Koepka set to make his move to LIV
Report: Ancer is the latest LIV Golf recruit
18 parting thoughts from the US Open
Can you guess the top 10 US Open earners?
The US Open golf needed
Fitzpatrick became a major champion by turning his shortcomings into strengths
Phil admits he wasn’t ready
Watch that leader Morikawa
US Open Day 1 wrap
Rory produces strong start
Meet the US Open amateur hopefuls
US Open: A par 5 unlike any other
The Gulf Club: Latest golf news from UAE