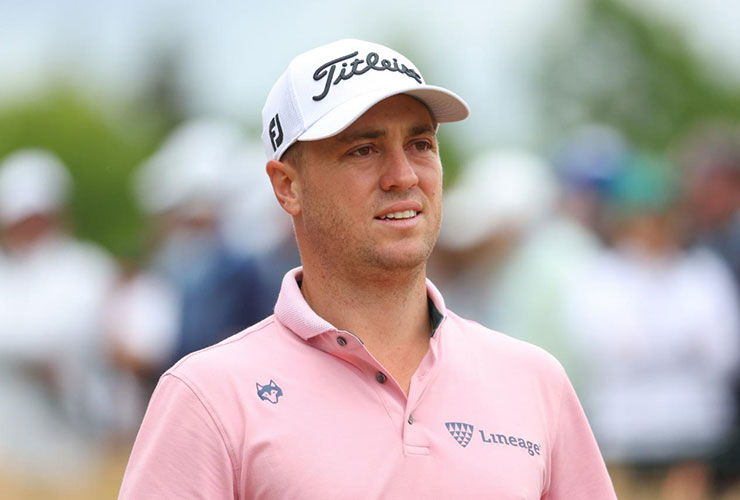 By Dan Rapaport
Justin Thomas has withdrawn from the Travelers Championship with a back injury, the two-time major winner announced on Twitter. He will be replaced in the field by Satoshi Kodaira.

Given the frenzied recent weeks in professional golf, the world No. 5 took to social media to pre-empt any speculation that his withdrawal was due to anything beyond his back.

“Before the rumors start flying, I have decided to WD to treat and rest my back which I tweaked earlier this week,” Thomas wrote. “Just making sure I get it taken care of and ready for the rest of the PGA season as planned.”

Thomas, who won his second major at last month’s PGA Championship, has been unwavering in his commitment to the PGA Tour and has been one of Ponte Vedra’s most outspoken advocates.

His withdrawal came hours after Brooks Koepka withdrew, albeit under rather different circumstances — Koepka became the next golfer to move to LIV Golf. World No. 19 Abraham Ancer has also signed up for the Saudi-backed series.

Thomas shot 72-74 over the weekend at the US Open to finish in a tie for 37th at The Country Club. He is scheduled to play in the two-day JP McManus Pro-Am at the Adare Manor in Ireland on July 4-5 before playing in the Scottish Open (July 7-10) at the Rennaissance Club, which runs the week before the 150th Open Championship at St Andrews.

You may also like:
PGA announces new plans, but not everyone happy
LIV Golf officially announced the signing of Brooks Koepka
LIV players permitted to play in Open
PGA plans tour series to rival  LIV
LIV Golf announces latest major signing
Brooks Koepka set to make his move to LIV
Report: Ancer is the latest LIV Golf recruit
18 parting thoughts from the US Open
Can you guess the top 10 US Open earners?
The US Open golf needed
Fitzpatrick became a major champion by turning his shortcomings into strengths
Phil admits he wasn’t ready
Watch that leader Morikawa
US Open Day 1 wrap
Rory produces strong start
Meet the US Open amateur hopefuls
US Open: A par 5 unlike any other
The Gulf Club: Latest golf news from UAE