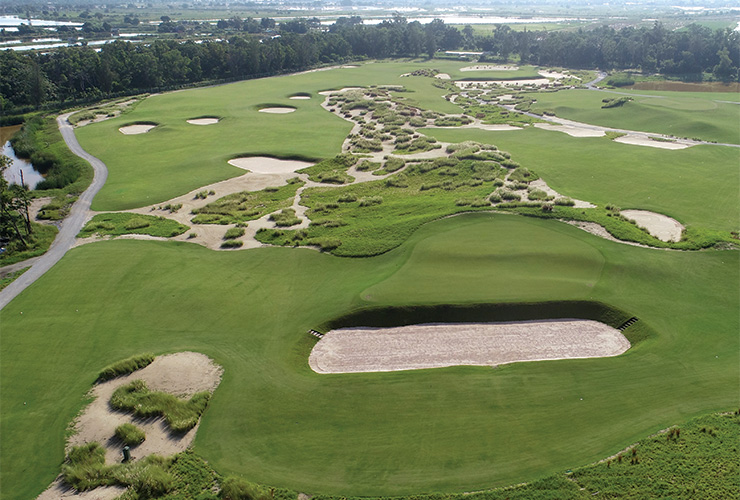 By Kent Gray
Given it opened in 1917 and closed its doors during WWII with the prime land on New York’s Long Island unceremoniously repurposed by the U.S. Navy, you may not be familiar with fabled Lido Golf Club. Know that it was the masterpiece of architect C.B. (Charles Blair) Macdonald and construction engineer Seth Raynor and considered, prior to the Depression anyway, to be one of the game’s most magnificent achievements. A faithful recreation is in build in Wisconsin but there is already a nod to the Lido open for play in Thailand. Ballyshear Links is the latest work of Gil Hanse, the American architect of Trump Dubai fame. The centrepiece of the newly redeveloped Ban Rakat Club, Ballyshear features the same 18 templates imagined into life by Macdonald and Raynor, each reinterpreted by Hanse and adapted to the landscape on the outskirts of Bangkok. The layout includes replicas of the famous Redan at North Berwick, the infamous Biarritz par-3 in southern France and the ‘Alps’ at Prestwick.