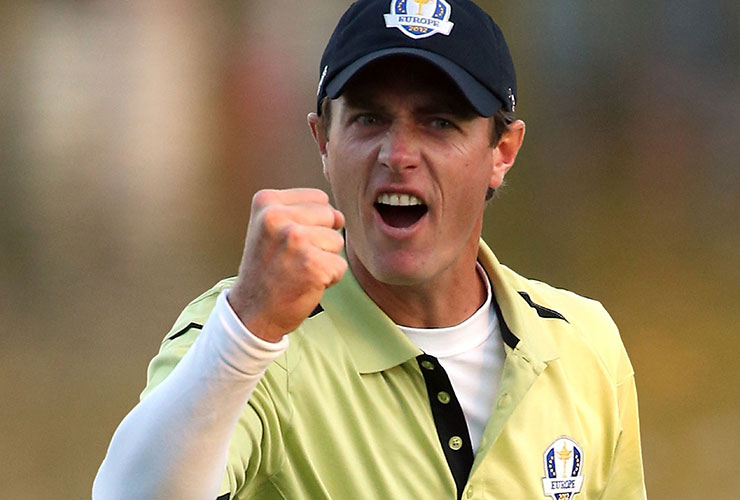 By GolfDigestMe.com
Luke Donald has named Belgian Nicolas Colsaerts as his third vice-captain for the 2023 Ryder Cup which will be played at Marco Simone Golf and Country Club in Rome, Italy from September 26 to October 1, 2023.

Colsaerts was part of the most famous European victory in the annals of the Ryder Cup in the 2012 contest at Medinah, producing one of the most memorable debuts in the history of the event when he carded eight birdies and an eagle in partnership with Lee Westwood to help defeat Tiger Woods and Steve Stricker on the final green in the Friday fourball session.

Outside of the Ryder Cup arena, Colsaerts has won three times on the DP World Tour, previously known as the European Tour. His most recent was a dramatic triumph in the 2019 Open de France, where he entered the week battling to keep his Tour card and ended it style with a one shot victory. To date, he has played in 436 Tour events to lie 84th in the list of all-time appearances.

Colsaerts is a well-liked figure on Tour and will undoubtedly be a popular addition to Team Europe. The Belgian joins Dane Thomas Bjørn, the successful 2018 European Captain, and Italian Edoardo Molinari as vice-captains for the 2023 contest; his appointment being the perfect birthday gift for him as he turned 40 last week.

Colsaerts said: “My first reaction when Luke asked me was sheer joy. Every time I hear the words ‘Ryder Cup’, it takes me back to the edition I played in, how proud I was to wear the European colours and be part of such an unbelievable event. Of course, Luke was in that team too and when we spoke he mentioned how much he has always loved what the Ryder Cup means to me.

“Being a vice-captain is a different role to being a player but, nevertheless, my mission in 2023 will be exactly the same as it was in 2012, namely, to make a contribution to the team in any way I can. Rest assured, whatever I am asked to do, I will do it.

“We already have two fantastic vice-captains in Thomas Bjørn and Edoardo Molinari and we already have a special bond between us. We are all different personalities but that is interesting because when you put us all in a room together you will have different angles, and Luke will be able to take what is best from each of us.

“When you play team sport as a youngster you are told that the most important thing is to participate and while that is true then, when you are a professional golfer in the Ryder Cup, when you wear the colours and you step onto that first tee, the only thing you want to do is to win; not only for the other guys on the team, but also for the Continent you are representing. That is what we want to do in Rome.”

Captain Donald said: “Nico has been on my mind for a couple of months now to be honest. I played in the team with him in 2012 and you could just see how much it meant to him. He understands what it means to represent the European crest and what it means to be part of the Ryder Cup set-up. When I asked him, he literally had goosebumps — so I am very happy to have him as my third vice-captain.

“Nico gets along extremely well with all the guys out here on the DP World Tour and he will be a great person to help keep an eye on things here in Europe in periods when I might be in the US. There is already great communication between us — myself, Thomas, Edoardo and Nico — and I couldn’t be happier with the way my backroom team is shaping up.”

Rahm, McIlroy voice different opinions on whether LIV golfers should play in the Ryder Cup