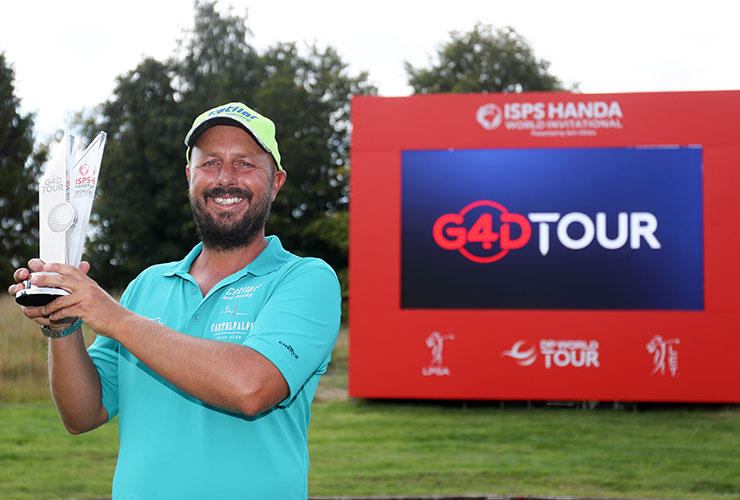 The 38-year-old Italian held a one-stroke lead over wolrd No. 1 Brendan Lawlor at Galgorm Castle Golf Club in Northern Ireland after an opening four-under 68, and a colsing two-under 70 clinched a five-stroke victory.

The world No. 7 is a prolific winner on the golf for the disabled circuit and had made steady improvements during the 2022 G4D Tour season, and a six-under total on Tuesday gave him a comfortable win ahead of Lawlor and two-time G4D Tour winner Kipp Popert.

“When I dreamed, I thought about this moment — this shows dreams can come true,” said Perrino. “Galgorm is one of my favourite courses, but it’s the house of Brendan, he’s the best player. But today I played perfectly. I missed some putts, but I controlled my game, this is unbelievable.

“Brendan is always competitive in every tournament and I knew it would take hard work to stay in front of him, but I started fast and remained in control at the finish. There was some pressure on the way in, dropping two shots, but it finished perfectly for me.”

Perrino was congratulated on the 18th green by his fellow competitors as he secured his first win on the G4D Tour.

“That was really important,” said Perrino. “I’m friends with all the players who I play with. I try to enjoy every moment of every day, and it’s important for me that we’re all friends. There’s not a bad word said between any of us.”

The Italian is one of three competitors who have now secured their place at the end-of-season G4D @ DP World Tour Championship at Jumeirah Golf Estates in Dubai in November. Perrino joins Popert and Mike Browne.

The next G4D Tour event will take place ahead of the BMW PGA Championship at Wentworth Club from September 5-6.