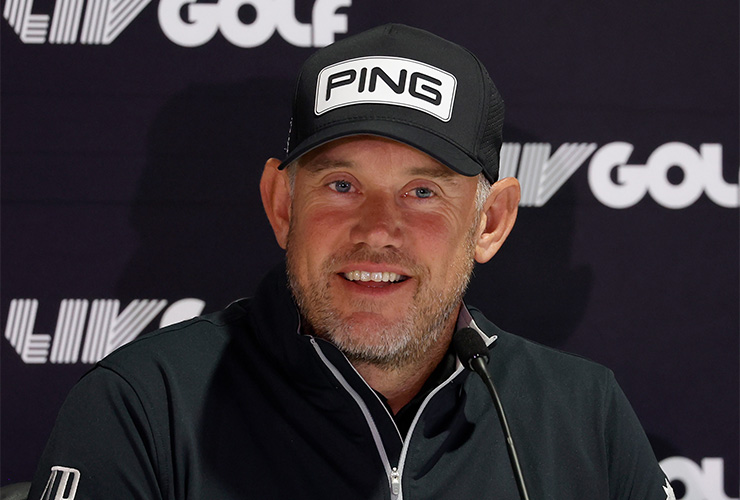 By Matt Smith
Golf Digest Middle East was given advance access to ‘The Power of the Game’ podcast by Golf Saudi as Robbie Greenfield caught up with DP World Tour and Ryder Cup legend Lee Westwood.
This interview was recorded after the 150th Open Championship at St Andrews and ahead of the third LIV Golf event at Bedminster New Jersey.

Lee Westwood began his star-studded career back in 1993 and the former world No. 1 has 44 tour wins and an incredible 11 Ryder Cups under his belt. Following his recent move to LIV Golf to captain the Majesticks team alongside fellow Team Europe legends Ian Poulter and Henrik Stenson, the Englishman has not been far from the headlines. A tidy performance at the Open at St Andrews did not hurt either , and Westwood enjoyed every minute.

“I think everybody knows the majors are the four biggest weeks of the year, and for me the Open is the biggest of them all,” he said. “When it is at St Andrews it is a bit more being special, with the history and the Swilcan Bridge and everything that goes along with the Old Course”.

Cameron Smith’s winning score of  20-under was a record during an unprecedented heatwave in Scotland that made the fairways concrete-hard, but Westwood insisted that St Andrews is always a challenge.

“The R&A set it up perfectly, you can’t predict the weather,” he said. “It wasn’t ripped up, but big hitters would be looking at 66 as a great score with the par-5s and very driveable par-4s. It was perfect.”

While Westwood is a massive fan, he is always keen to see the Open at different locations in the UK rather than set up permanent shop at St Andrews — like the Masters and Augusta National.

“I am a fan of moving it around,” he said. “It is all part of the charm. Some players are great at Birkdale, Troon, Hoylake that cannot play well at St Andrews. So it is fair to move it.  Also for the fans, it is great to see them all around the British Isles and we should try to use them all.”

Westwood had to pay tribute to the immaculate putting of Cameron Smith as he pulled away from Rory McIlroy and Cameron Young on the final day at St Andrews: “He is the best putter in the world. Regardless of the Open, whenever I have watched him, he rolls them in from everywhere.”

With his 11 Ryder Cups, and three Race to Dubai titles alongside a multitude of trophies claimed all over the globe in a career spanning four decades, Westwood was asked how he keep up as the game changes. “Other than turning myself into this majestic athletic specimen you see before your eyes?” he joked. “It is simply the love of the game. I am 50 next April, but you have seen that I can still compete and that is down to the love of the game.

“A lot of people don’t deal with success well … the lifestyle when you are away from home. But you just have to keep yourself in shape. Like a footballer, you don’t forget how to kick a ball. The same goes for golf, you just need to keep up, fine tune everything and do the same thing over and over.”

One of the highlights in Westwood’s career was his 2009 victory in Dubai that propelled him to the No. 1 spot in the world, and it is a moment he still treasures, with the UAE close to his heart as it continues to expand (his most recent title was the Abu Dhabi HSBC Championship in 2020). “The UAE is very high up there,” he said. “It is very popular for pros and amateurs. The rate of growth in the Middle East is incredible and it has to be up there in terms of global travel. I first came here in 1994 and it has changed a lot. I am guessing it is up there with the top destinations in the world.”

Saudi Arabia has also undergone a golfing revolution recently, which is something Westwood has also witnessed first-hand. “It took a lot of people by surprise.” he explained. “The change in Dubai, Qatar and Abu Dhabi came along and Saudi has looked at that and said: ‘That could be us.’ They have put a lot of money into it, the European Tour came over in 2019 for a tournament and got a great field and now it gets a lot of publicity worldwide and it is a great time for golf in the Middle East.” 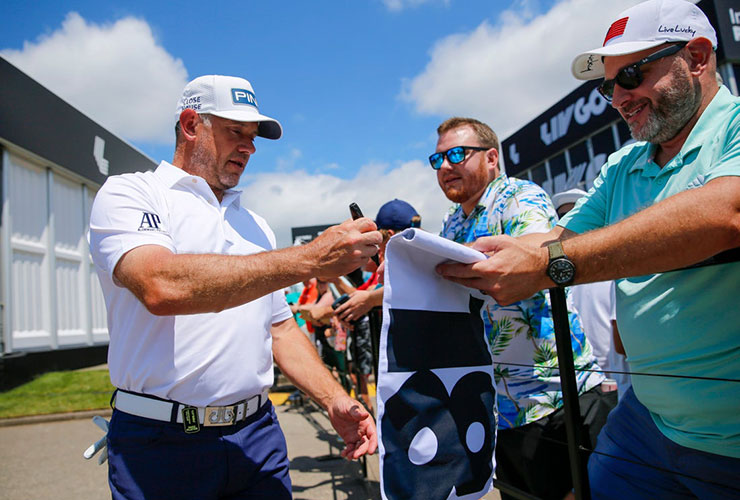 One of those developments ids the creation of the LIV Golf Invitational Series, which has attracted some of the top stars such as Westwood himself, Phil Mickelson, Dustin Johnson, Ian Poulter, Brooks Koepka and Sergio Garcia

But, along with its more-than-attractive purses, it has also come at a price as a major rift with the PGA Tour has emerged. “A lot of people of people see LIV as a threat, said Westwood. “Certain tours have been around for a long time and now never had a threat. Now LIV has come along and there are perceived as a threat.

“Saudi Arabia has had Formula One, boxing and Newcastle United. But for some reason golf has been singled out and I think that is a little unfair. I have been around the block and I know the media pick and choose their narratives. We just go out to make LIV the best it can be and let people make up their minds.

As for actually playing at the new-look events on LIV golf, with no cuts, shotgun starts, 54 holes and a festival atmosphere, Westwood is loving it, both a player and a fan. “The coverage has been great with fewer commercials on the broadcasts, plus the music and atmosphere is geared towards a younger generation,” he said. “We have been an unbelievable success when you consider how young it is in its infancy. The biggest asset, for me, is how different it is with the format and, obviously the purses. The fans are energised by how different it all is and how exciting it all is.

“This is definitely a more of a Formula One style. There is room outside of the major tournaments for LIV to be the T20 of golf. We always wanted to co-exist and it is the other orginisations that are causing the resistance.”

With suspensions and bans on the PGA Tour and DP World Tour for players who have been in the LIV Golf fields, and Bedminster champion Henrik Stenson being stripped of his Ryder Cup captaincy, it looks like there is no peace on the horizon, but Westwood is adamant that LIV Golf just wants to get along.

“Some people do not want to sit down with us,” he said. “It is the other tours and organisations who are causing the resistance and anger. I do not want the majors or the Ryder Cup to suffer. I was surprised how fast it [Stenson’s Ryder Cup removal] happened. I am sad as it will weaken the European team, where you want the strongest team possible. Maybe the US team will also be weak too, but a lot of things to be decided and questions to be answered.”

Is there still time to iron thins out ahead of Rome in September 2023? “All the players want that to happen quickly, but I don’t see it happening quickly. The other tours have created a stumbling block .I knew there would be opposition to LIV, but I am mainly disappointed in the route they have taken. The PGA Tour have done everything in their power over the past 30 years has spent decades trampling all over other tours. I have told everyone what I feel and  they have made their bed.”

You can listen to the podcast from 2pm UAE time on Friday August 5 here.