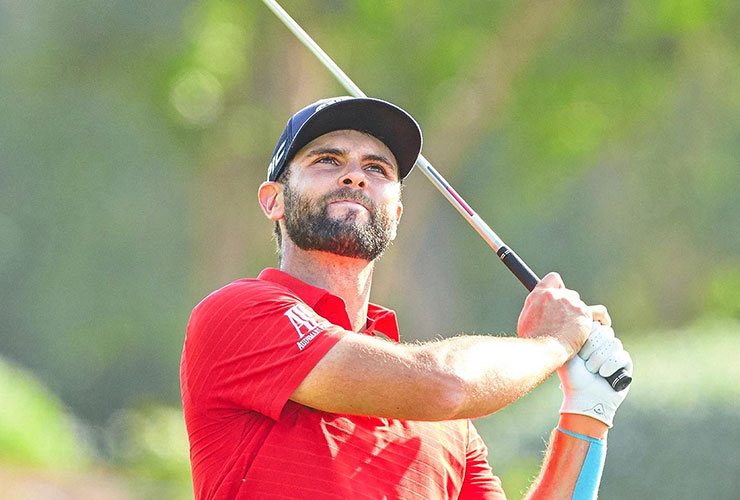 By Matt Smith
Last week it was Pablo Larrazabal and Dubai’s Adrian Otaegui who we flying the Spanish flag at the ISPS Handa Championship in their home country and on Thursday it was another UAE resident — Adri Arnaus — who was looking to make it a Spain double on the DP World Tour at the Catalunya Championship.

The 27-year-old was among the front-runners from the morning tee offs at Stadium Course, PGA Catalunya Golf and Wellness in Girona.

A roller-coaster round of 68, including three bogeys, five birdies and a solitary eagle was good enough for Arnaus to take a share of fifth spot on four-under par, just behind the co-leaders Sebastian Heisele of Germany, England’s James Morrison, Chinese hope Haotong Li and South African Oliver Bekker.

Arnaus was in the clubhouse alongside France’s Jean-Baptiste Gonnet, another South African Hennie du Plessis and Scotland’s David Drysdale, and looking in good shape for a push at the title as he seeks his first DP World Tour crown.