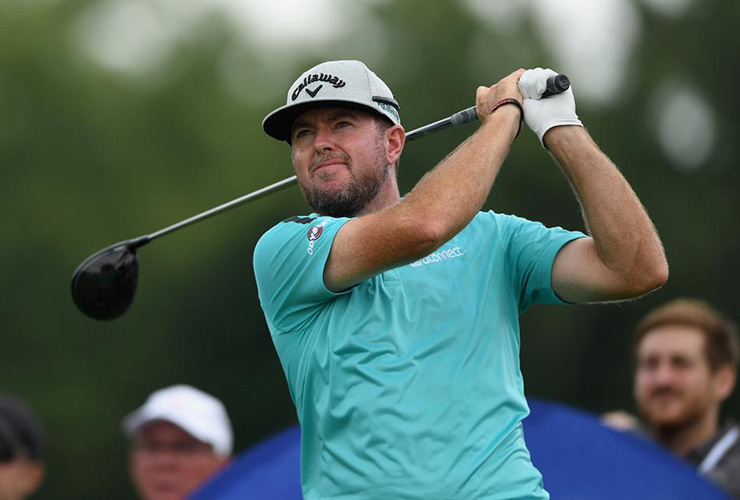 By Tod Leonard
Robert Garrigus, a journeyman who has one win in 362 starts in his PGA Tour career, is the first tour member to apply for permission to compete in the Saudi-backed LIV Golf Invitational Series, according to a report by Golfweek.

Citing multiple sources, Golfweek said Garrigus has requested to play in the LIV Golf Invitational, June 9-11 at Centurion Club in London — the inaugural event of eight tournaments scheduled this year for LIV Golf, the group led by Greg Norman that is being financed by the Saudi government’s Public Investment Fund. PGA Tour players must ask for a waiver to play in outside events, and with an application deadline of 45 days prior to a tournament, the last day a golfer could make a request is April 25. The tour can decide on the request 30 days before the event, which would be May 10.

No other PGA Tour players have yet applied for the waiver, Golfweek said, citing a source.

The PGA Tour and the agent for Garrigus declined to comment.

Garrigus, 44, has played 13 seasons of 20 or more events on the PGA Tour, though his last full season was 2017-18. He’s played in four events in the current campaign, with a top result of T-16 at Pebble Beach, and he’s set to compete in the Zurich Classic this week with partner Tommy Gainey. Garrigus’ lone tour victory came in the 2010 Children’s Miracle Network Classic.