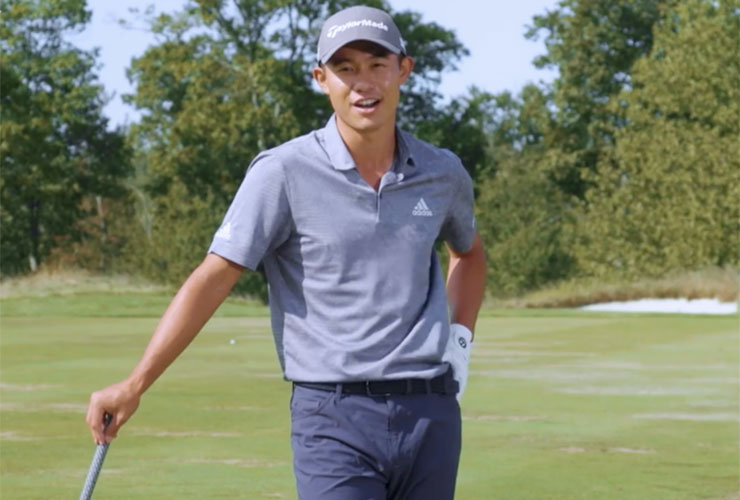 By Matt Smith
Collin Morikawa, the Open champion, has insisted he will stay faithful to the Scottish Open at the Renaissance Club in North Berwick in July as he prepares for his bow at St Andrews and Open Championship title defence.

The American world No. 3 struggled to a disappointing 71st at the Scottish Open last year before going on to claim the Claret Jug on his Open debut at Royal St George’s a week later.

But he plans to follow the same plan this time around as he gets set to play the famous Old Course in Fife following, hopefully for him, a better showing in the Scottish Open, the third Rolex Series event of the 2022 DP World Tour season, with $8 million in prize money.

“The plan is absolutely to come back and play the Scottish Open,” Morikawa told the BBC. “I owe a lot to that tournament for getting me ready and actually making me realise that I needed to change some irons.

“Those two weeks last year my game was in some of the best shape I could have had then at the Scottish I started hitting irons shots, nine irons to 45 feet, missing greens and it was just frustrating.

“I wanted to blame it on my clubs and rarely that’s the case, but I really did and stuck with it, I made some changes at Royal St George’s on the Monday and ended up winning.”

Morikawa cannot wait to play at St Andrews for the first time, and is delighted the fans will be back in force after the R&A announced record crowds are expected this time around.

“The fans make everything,” he said. “We go back a couple of years and Covid came by and it was getting a little bland.

“We love playing golf, but the energy of the fans brings out the best in us.

“When it comes to St Andrews, there is obviously the history and everything it represents. People ask me if I’m going to go over early or take a couple trips. I really have never done that for any majors.

“In the long run, I just have to be prepared and know how I’m going to prepare now for links golf.

“Last year I took a lot of risks, changing some irons, changing a little bit in the putter set up. But I think I’ll be a little more prepared this year to just be out there and ready to figure out how to dissect this golf course to the best of my abilities.”