Greg Norman’s LIV Golf ready to go live as tickets go on sale for Saudi-backed Golf Invitational Series in London, US and beyond 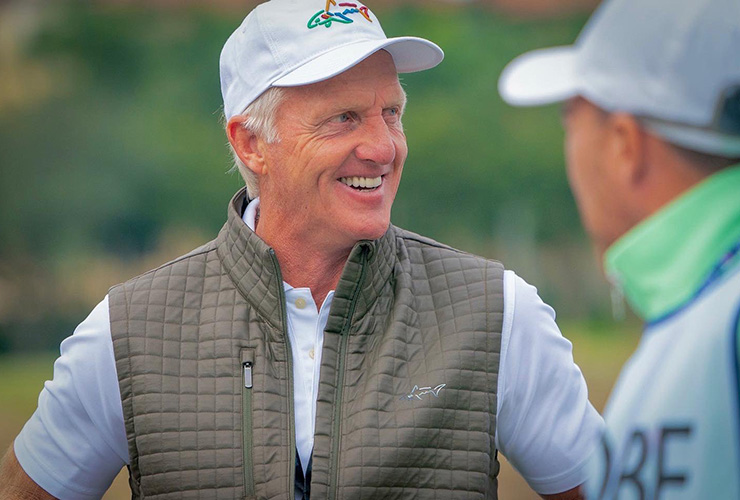 By Matt Smith
Roll up. Get your tickets. Greg has got his game.

If it wasn’t enough to chow down on your popcorn as you watched the LIV Golf/PGA saga unfold from the comfort of your sofa, now you can watch it first-hand.

The first tickets are now on sale for the inaugural LIV Golf Invitational Series — Greg Norman’s Saudi-backed project that has rocked more than a few boats in the United States and with the PGA.

The eight-event competition is ready to roll after months of will-they-won’t-they and hearsay. Tickets are available here.

The LIV golf website went live on Thursday, selling tickets to the lucrative events, where some of the world’s top names will battle it out for golf’s newest crown, offering fans VIP treatment and access to the players on a new level along the way.

Brian Ruede, President and COO of QuintEvents, who are selling tickets for the series, said: “Going above and beyond on fan experience is what we strive to do, and this will be no exception. LIV Golf Invitational Series ticket packages will include premier access and unique opportunities to experience the sport in ways that golf fans dream of.”

Starting in June, the LIV Golf Invitational 2022 schedule will head around the globe before the finale in Jeddah in October, and tickets for each event are now on sale.

The new tour is offering an unheard-of $225 million in prize money over the next few months and is he brainchild of Australian great Greg Norman.

The former golf No. 1 spoke to the Telegraph in England this week to lay out his plans, and he hopes to announce his ‘marquee’ names competing in the coming weeks. These are thought to include American star Bubba Watson, plus English pair Ian Poulter and Lee Westwood.

“Quite honestly, it doesn’t matter who plays, we’re going to put the event on,” Norman told the Telegraph. “There’s a $4 million first prize first up. I hope a kid who’s 350th in the world wins. It’ll change his life, his family’s life. And then a few of our events will go by and the top players will see someone winning $6 million, $8 million, and say ‘enough is enough, I know I can beat these guys week in week out with my hands tied behind my back’.”

The PGA Tour said it will hit back and has threatened any player on their books with a life ban if they sign up to the new series.

However, Norman has laughed off these rumours as he believes they cannot legally be enforced.

“We had our strength of field ready to go and the PGA Tour heard about this and threw a giant redwood tree in our roadway. And they did, there’s no question about it,” he said.

“But I’ll stand up there and I’ll debate with anybody, anyone. To hear commentators saying the US Tour players and so and so are distracted with all this LIV stuff. I mean, what are you talking about? Shut up and write out the facts and then have an open discussion about it. If you still feel that way, so be it. I’ll respect your opinion.

One payer rumoured to be part of the new series is Kevin Na. But he has spoken out to say he has not signed anything yet.

Na is playing at this week’s RBC Heritage at Harbour Town Golf Links he spoke briefly about the rumors.

As to whether he had considered the offer — for weeks, Na has been wearing the Saudi Golf flower logo on the collar of his shirt — he didn’t deny it.

“As an athlete,” he said. “You always look at your options, that’s all.

“Right now I’m focused on this week, trying to play the best I can,” he said. “I haven’t played much this year with a couple of injuries and having a kid, so I need to play more out there and try to get my FedEx Cup ranking up.”