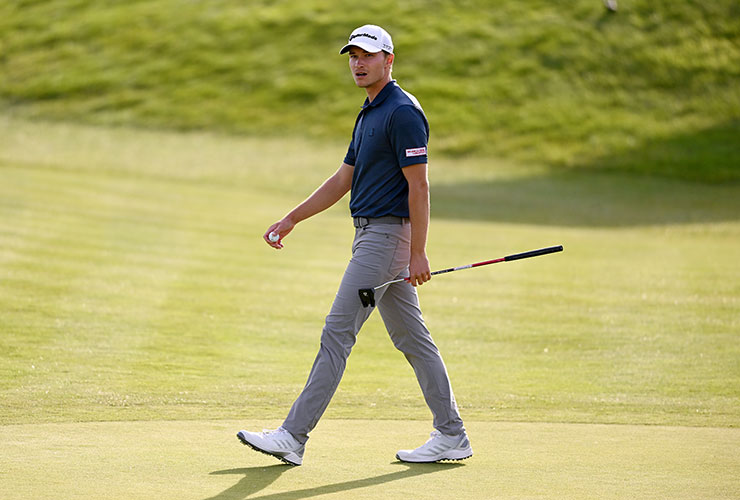 By Matt Smith
It was a Danish delight for Rasmus Hojgaard at the French Open as he equalled the course record at Le Golf National with a nine-under par opening round 62 which featured 10 birdies.

The 21-year-old already has three DP World Tour titles to his name, but has yet to win in the 2022 season having claimed a victory in each of the last three campaigns.

Hojgaard, whose twin brother Nicolai won a second DP World Tour title of his own earlier this year at the Ras Al Khaimah Championship in the UAE, enjoyed a strong finish to last week’s Italian Open — carding a final round 66 at Marco Simone Golf Club — and he carried that form into this week’s event at the 2018 Ryder Cup venue.

He birdied four of his first five holes — his only dropped shot of the day coming in between at the second hole – en route to a five under front nine of 31, and he soared into the lead courtesy of four birdies on the way home for a nine-under total.

Sweden’s Alexander Bjork sits second after signing for a seven-under 64, while Frenchman Paul Barjon was a shot further back on six-under, the 30-year-old playing his home open for the first time.

“It’s not that easy but today was very good,” said Hojgaard. “To be fair I didn’t feel like I was that good off the tee but I felt like my approach play today was very good, alongside a very good putter — I holed a few long putts and you have to do that to shoot nine-under.”