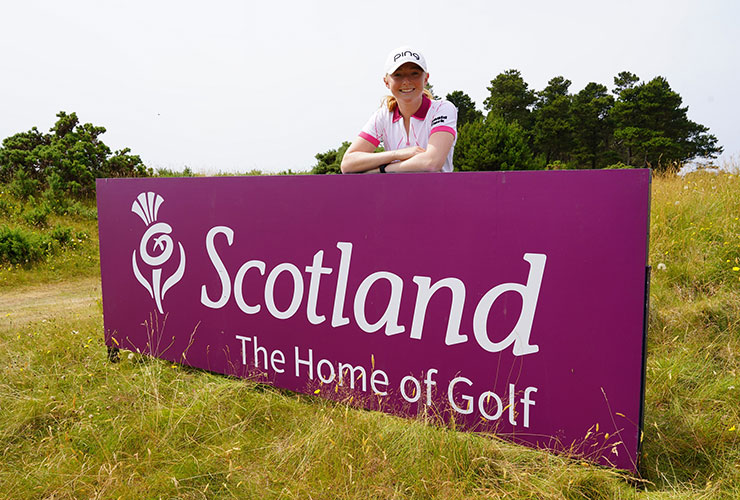 By Matt Smith
Louise Duncan has announced that she is set to make her professional debut at next week’s Trust Golf Women’s Scottish Open, taking place at Dundonald Links, just days after turning pro. Duncan is one of two recipients of VisitScotland’s sponsor invitation along with Aberdeen native Hannah McCook.

Duncan, a Stirling University graduate, moves into professional golf after a stellar amateur career, winning the 2021 Women’s Amateur Championship, the R&A Student Tour series in Portugal, and the Smyth Salvar award last year following a T-10 at the Women’s Open in Carnoustie. Growing up just 15 miles away from this year’s championship venue Dundonald Links, Duncan benefits from extensive experience in links golf and is one of the six Scots in the field that will be in the running for the Jock MacVicar Leading Scot award.

“I am honoured to have been chosen as one of VisitScotland’s Invitations for this year’s Trust Golf Women’s Scottish Open,” the 22-year-old said. “I have been thinking about making the transition into professional for quite some time now and it just feels so right to be making my professional debut at my home open and also at a club which is just down the road from where I grew up learning to playing golf. I am so excited to make my first professional appearance in such a strong competitive field and at an amazing venue like Dundonald Links”.

Duncan and McCook will be joining their fellow Scots Gemma Dryburgh, Michele Thomson, Kelsey MacDonald and Kylie Henry in the 144-player field competing for $2 million, which includes eight out of the world top 10, 21 major champions and 27 Solheim Cup stars.