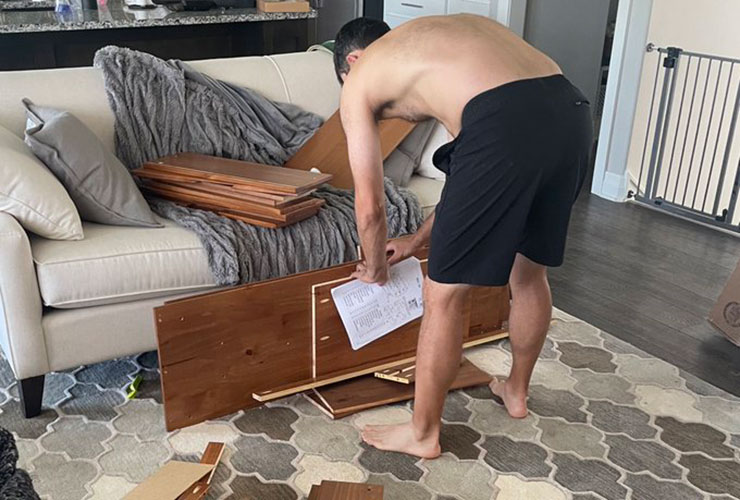 By Alex Myers
After putting together the best major championship performance of his career, Adam Hadwin quickly found himself putting together … a piece of IKEA furniture. Talk about being brought back to Earth.

Hadwin’s wife, Jessica, shared a photo of Adam just getting started on a wooden TV console on Tuesday with a funny caption. “And we’re off! Do we get this done today? Will @ahadwingolf say it’s missing a piece at least 5 times? Will we still be married? Stay tuned!”

And we’re off! Do we get this done today? Will @ahadwingolf say it’s missing a piece at least 5 times? Will we still be married? Stay tuned! pic.twitter.com/QKAsDeUJ9t

Again, this was a guy who was LEADING the US Open just a few days ago! And there he is, just like any other dad, struggling with a box full of wooden slabs and probably some bad instructions. Man, there’s nothing worse.

Pleased to report it is all put together, no missing pieces. No swear words and no arguments. Might have played this one better than the us open last week! https://t.co/ZXXSypfR3R

But this PGA Tour winner showed the type of grit and perseverance needed to finish in the top 10 of a US Open to get the job done. Jessica provided this update later in the day: 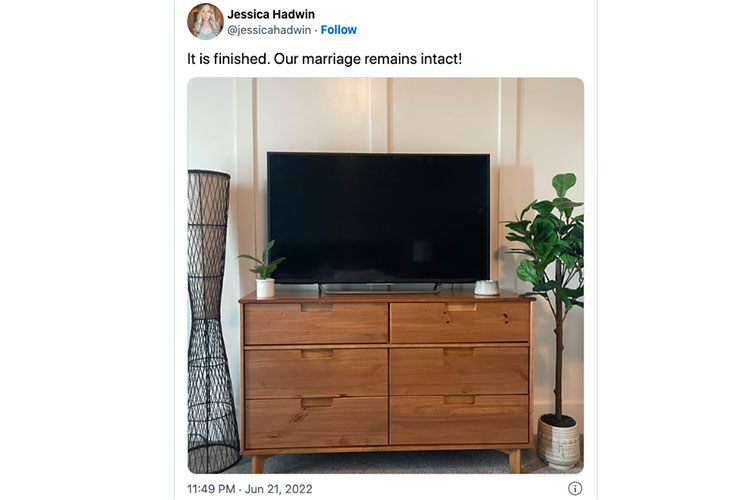 Looking good! And Adam, fresh off that T-7 at The Country Club, was darn proud of his accomplishment as well. As he should.

He he said himself: “Might have played this one better than the us open last week!”

The Country Club wasn’t playing that hard last week. And when asked why they didn’t just order more expensive furniture that could be delivered, he gave this fantastic response:

We could yes, but what better way to test the structural integrity of our marriage! https://t.co/ehE8mh82WG

Hey, the couple that builds IKEA furniture together, stays together. In fact, you guys almost certainly have more structural integrity than that TV console.

You may also like:
JT shuts down LIV rumour mill
PGA announces new plans, but not everyone happy
LIV Golf officially announced the signing of Brooks Koepka
LIV players permitted to play in Open
PGA plans tour series to rival  LIV
LIV Golf announces latest major signing
Brooks Koepka set to make his move to LIV
Report: Ancer is the latest LIV Golf recruit
18 parting thoughts from the US Open
Can you guess the top 10 US Open earners?
The US Open golf needed
Fitzpatrick became a major champion by turning his shortcomings into strengths
Phil admits he wasn’t ready