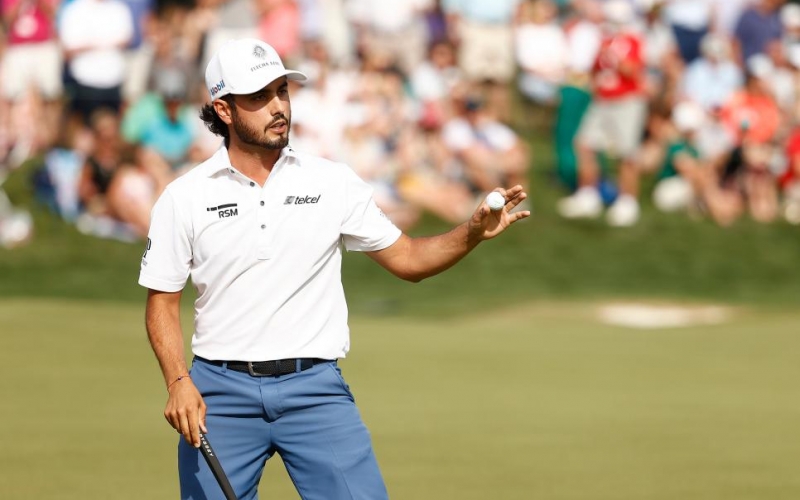 By Joel Beall
According to ESPN Deportes, Abraham Ancer will be the latest golfer to move on from the PGA Tour to join LIV Golf.

The news is not necessarily a surprise. Ancer has long been tied to the Saudi-backed circuit and played earlier this year in the Saudi International. Ranked 20th in the Official World Golf Ranking, the 31-year-old from Mexico is one of LIV Golf’s highest-ranked players and is considered in his prime, joining recent players like Bryson DeChambeau and Patrick Reed.

Ancer has made more than 141 starts in his PGA Tour career, a career highlighted by his lone tour win when capturing the WGC-FedEx St Jude Invitational last August. Though Ancer had not done much in the current 2021-22 tour season, he was projected to be a part of the International Team for this year’s Presidents Cup taking place in September at Quail Hollow Club.

Ancer, however, did not play at this week’s US Open, pulling out of the event on Thursday morning citing illness.

With the next LIV Golf event slated for Portland in two weeks, there is an expectation in golf circle’s that more LIV Golf commitments will be announced in the coming days. Earlier this month, PGA Tour Commissioner Jay Monahan suspended Phil Mickelson, Dustin Johnson and others who played in the inaugural LIV Golf event, and promised similar suspensions for any tour member who competes on the rival circuit.

You may also like:
The US Open golf needed
Fitzpatrick became a major champion by turning his shortcomings into strengths
Phil admits he wasn’t ready
Watch that leader Morikawa
US Open Day 1 wrap
Rory produces strong start
Meet the US Open amateur hopefuls
US Open: A par 5 unlike any other
The Gulf Club: Latest golf news from UAE
A major record at US Open in prize money
Has the US Open become too one-dimensional?
US Open tee times and pairings
All you need to know about the US Open
DP World Tour denies Pelley attended LIV Golf
Rory on his LIV Golf miscalculation
Decision time for DP World Tour
The best story at the US Open so far