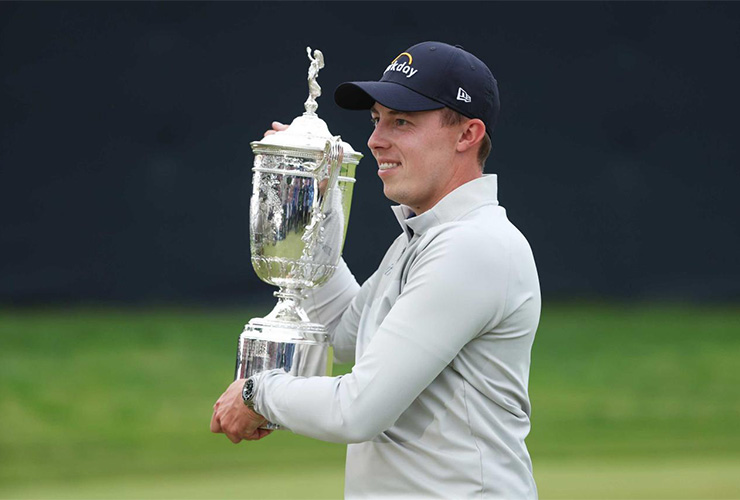 By John Huggan
BROOKLINE, Mass. — Englishmen don’t win U.S. Opens too often, only three times in the last century to be exact. And they certainly don’t win America’s national championship on the same course where they had previously claimed the U.S. Amateur title, a feat achieved only once, by a guy named Jack Nicklaus (at Pebble Beach). But the time has come to forget all of that near futility. Nine years after he won the U.S. Amateur title at The Country Club, Matt Fitzpatrick’s six-under 274, good enough for a one-stroke win over Scottie Scheffler and Will Zalatoris, means he is U.S. Open champion.

Fitzpatrick’s historic breakthrough at the highest level—achieved while staying with the same family and sleeping in the same room he did back in August 2013—is hardly the biggest surprise, of course. Just last month, only a poorly played final round of the PGA Championship at Southern Hills prevented the 27-year from pre-empting this, the biggest win of his professional career. He has, however, always been a man on the rise. British Boys champion in 2012, he picked up the silver medal as low amateur at the 2013 Open Championship before moving smoothly on to that Country Club win that saw him ranked the world’s No. 1 amateur.

Not for nothing does Fitzpatrick’s swing coach, Mike Walker, variously describe his charge as a “baby-faced assassin,” “ruthless,” “one-track minded,” “hell-bent on getting to the very top” and possessed of “an innate confidence, that is hard to see. It is within him.” 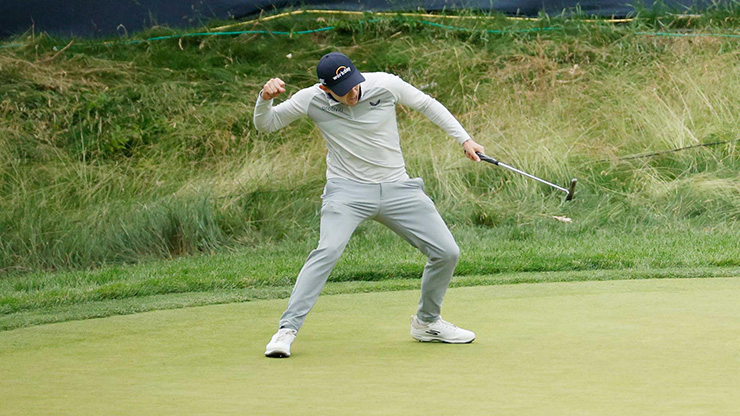 Fitzpatrick celebrates making a long putt for birdie on the 13th green during the final round of the 122nd U.S. Open. Jared C. Tilton

All of the above were on display over the course of a pulsating final round in which the lead was passed between Scheffler, the Masters champion and World No. 1, and Zalatoris, who now has three runner-up finishes in majors at age 25.

As ever, there were key moments during Fitzpatrick’s closing two-under 68, none more so than the 50-foot birdie putt the seven-time winner on the DP World Tour rolled in across the 13th green. But the 19-footer that disappeared into the cup two holes later for what turned out to be the decisive birdie is surely a close second.

“The feeling is out of this world,” was Fitzpatrick’s instant reaction to claiming the first of what he hopes will be at least six major titles.

“Six is the number,” he says. “That’s the number that we all agreed on. I’ve got a bit of a way to go, but this is a good start. It is so cliché, but it’s stuff you dream of as a kid. I can retire a happy man tomorrow. The expectations were for me to play well. Having won the U.S. Amateur, I just felt so comfortable around this place. I know where to hit it; I know where to miss it. Because of my success here before, it felt like this was the time. I’m just happy to be unbeaten around this place.” 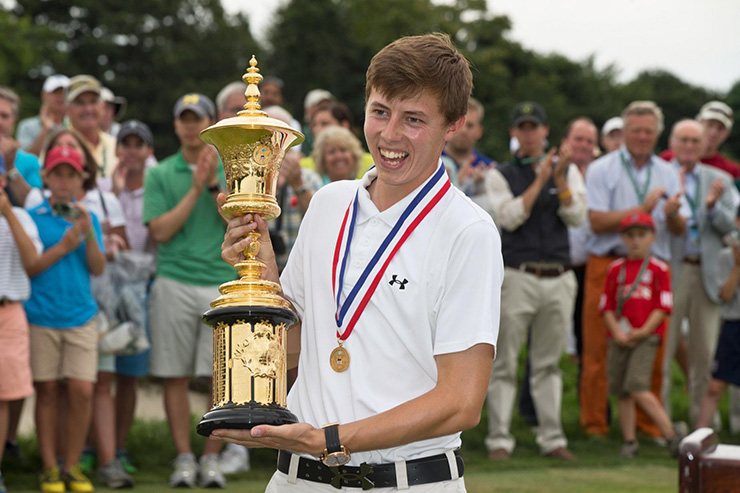 The holing of putts has always been a strength of the Fitzpatrick game, alongside his metronomic ability to find fairways from the tee. But the knock on him—a reason perhaps why he had yet to win as a professional in the U.S.—was always that he lacked the length to compete at the elite level. Well, forget that. As a result of his work with bio-mechanist Sasho Mackenzie and a Speedstick called “The Stack,” Fitzpatrick is now much longer off the tee. Among the contending group, he was the only man who found the green with his drive at the 310-yard fifth hole, a feat he followed up by flying his second shot at the 557-yard par-5 eighth onto the distant putting surface.

All of which came as no surprise to Walker, who followed the final round by phone while driving north up the M6 motorway from Heathrow Airport. The pair have done much work so far this year, making changes that mean fresh analysis of the Fitzpatrick technique is required. Gone is the short-hitting but accurate short-game specialist, replaced by the owner of a strong all-round game.

“The main thing has been Matt’s change to [cross]-handed chipping,” Walker said. “He’d been doing it in practice as a drill. Then we discovered that he was better out of rough that way, so he started chipping from rough with left-hand below right. But it became obvious that his chipping from short grass wasn’t as good a people thought it was.

“Anyway, we met at the Bear’s Club in Florida and studied the full list of notes we had on his chipping,” Walker continued. “I laid it all out to him. And his reaction was to say he didn’t have to think about his cross-handed action. So it was obvious what we should do. But before we came to a final decision, in typical Matt-fashion he collected a month’s worth of data comparing the two actions. And the rest is history.” 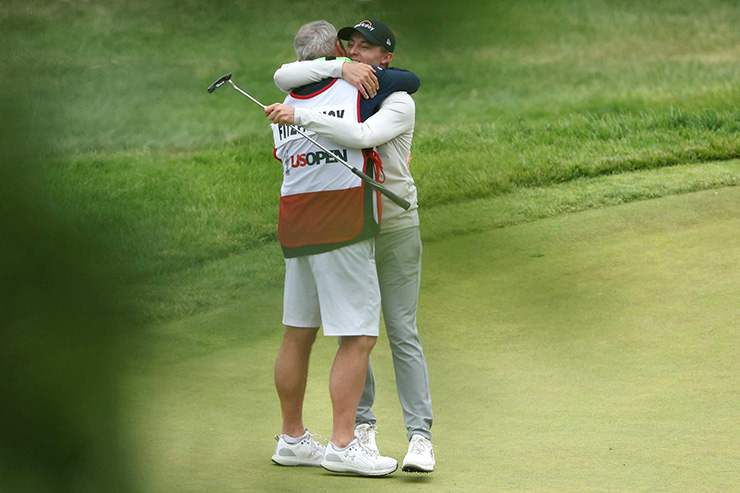 Fitzpatrick wasn’t the only one to become a new major champion on Sunday, as veteran caddie Billy Foster also grabbed his first win in one of golf’s biggest events. Patrick Smith

Other than that, the pair worked on taking a lot of “set” out of Fitzpatrick’s left wrist, a move that has revolutionized his iron play. His driving meanwhile has retained its consistency and accuracy, even as he has gained yardage through the speed work he has done.

“It has made him a world player and he just proved it,” says Walker. “With Matt’s game is it almost like spinning plates. Last year he played OK, driving it great and putting really well. But his iron play wasn’t very good. Nor was his chipping. This year he’s been a bit more streaky with this putter. He’s had bad weeks and good weeks. But his approach play and chipping are now on a level with the rest of his game. He’s strong through the bag now, after plugging the two gaps in his game.”

Still, another factor in Fitzpatrick’s success is caddie Billy Foster, yet another Yorkshireman. Like his boss, this was Foster’s first major championship victory after a string of near things alongside the likes of Seve Ballesteros, Lee Westwood and Darren Clarke. But his biggest disappointment came alongside Thomas Bjorn in the 2003 Open at Royal St. George’s. Three shots clear with three holes to play, the Dane needed three attempts to escape a greenside bunker at the 16th and contrived to lose by a shot to Ben Curtis.

“It was heartbreaking to lose that day,” Foster says. “I cried in the car on the way home.”

The only tears this time, of course, will be those of joy.