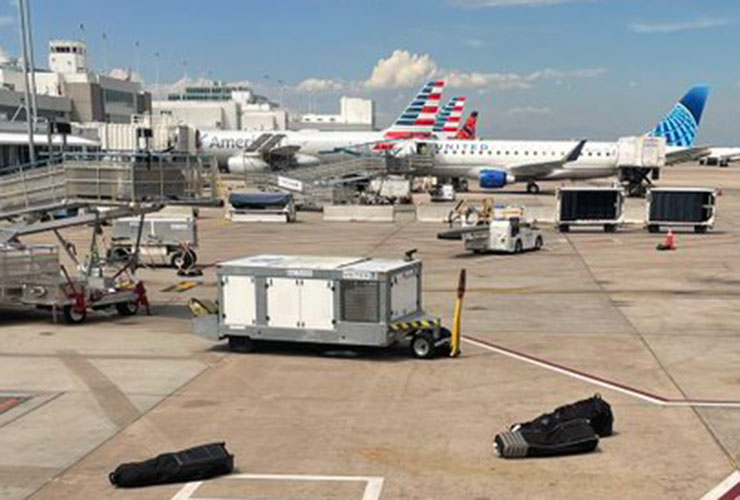 By Alex Myers
There have been no shortage of terrifying travel stories regarding lost golf bags of late. In fact, it’s possible that half of the world’s clubs are stuck at either Heathrow or Edinburgh airports right now. And now you can add Collin Morikawa to the long list of airline victims.

Only the two-time major champ didn’t lose his bags. At least, not yet. We don’t think. Instead, his fell off the luggage cart and onto the middle of the tarmac. And Morikawa captured the harrowing scene:

Clubs fell out of the luggage cart and sat there for a few min with no one in sight. Let’s just say I was freaking out on the inside. Here we come #playoffs pic.twitter.com/0Rwde5sHSV

Unbelievable. Sat there for “a few minutes”?! With planes whizzing around? What an absolute nightmare. And, yes, as many commentators have pointed out, Collin is flying commercial. Dig his style. Although, that might change after this experience.

Morikawa hasn’t tweeted a follow-up, but him using the past tense in regards to freaking seems to indicate the problem was resolved. As he notes, he’s on his way to Memphis for the FedEx St Jude Championship, the first of three events making up the PGA Tour’s FedEx Cup Playoffs.

So yeah, there’s only about $20 million up for grabs for the 25-year-old over the next few weeks. No big deal. Not like he needs his clubs or anything.

Anyway, good luck, Collin. Both on them getting to Memphis — and on them all getting there in one piece.