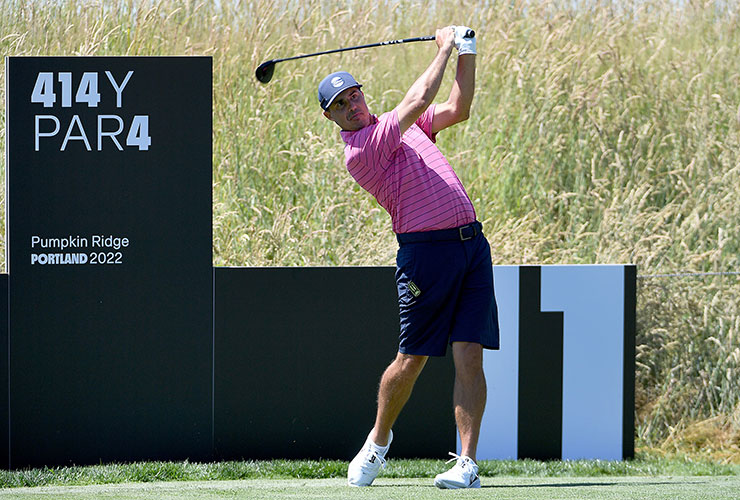 By Matt Smith
The Asian Tour’s inaugural International Series Korea has confirmed a number of international stars from the LIV Golf series will be joining a field that has eight of the top 10 on the Asian Tour Order of Merit.

Former US Masters champion Patrick Reed confirmed earlier this week he would be heading to Lotte Skyhill Jeju Country Club from August 18-21 for the $1.5 million event.

Now it has been announced he will be joined by fellow ‘LIV-ers’ including a host of Americans such as Chase Koepka, the brother of four-time major champion Brooks, and Peter Uihlein, plus former US Amateur champions James Piot and Andy Ogletree. Turk Pettit, who claimed last year’s NCAA Division 1 individual title, and Australian Jediah Morgan – winner of the Australian PGA Championship in January by a record 11 shots – will also be in the field.

Some of the strongest players on the Asian Tour will also be present including Order of Merit leader Sihwan Kim, third-placed Bio Kim, plus some other names familiar to LIV Golf fans such as Asian Tour regulars Scott Vincent of Zimbabwe, Thai pair Sadom Kaewkanjana and Phachara Khongwatmai, South African Justin Harding and Australia’s Wade Ormsby.

You may also like:
Get the August 2022 edition of Golf Digest Middle East FREE here in English and Arabic
Legend John Daly ‘begged’ for LIV Golf spot
Mickelson was suspended by PGA Tour in March; banned for two years
Mickelson and Dechambeau lead group of 11 LIV golfers suing PGA Tour
Adam Hadwin in trouble with wife Jessica — again
LIV Golf gives to local charities in New Jersey
Bryson DeChambeau on LIV/PGA feud and his $125m signing-on fee
What it is like to be the first woman from your country to win a title
Five players to watch at the AIG Women’s Open
Australian army target more glory in Scotland
Laura Davies’ unique return to Muirfield
Phil Mickelson becomes highest-paid athlete of 2022
WATCH: LIV Golf highlights from Bedminster
Stenson takes debut LIV Golf title at Bedminster
LIV Golf takeaways after third event in New Jersey
The Gulf Club: Latest news from the UAE and beyond up to August 2022
Crocker takes the glory at Hero Open