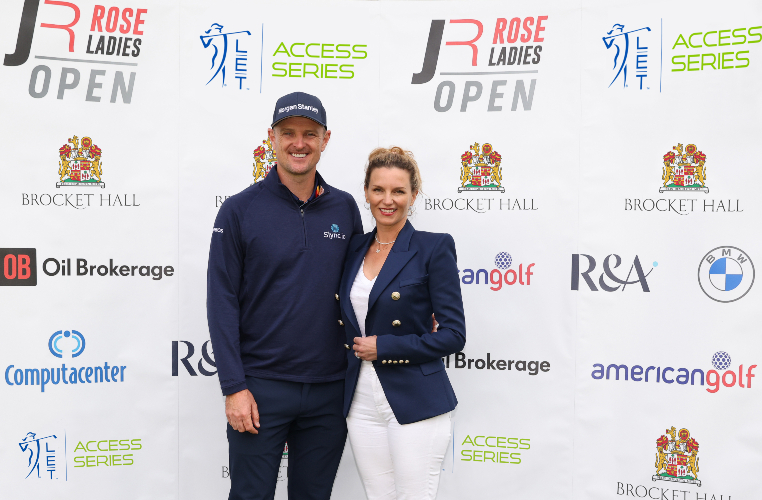 By Matt Smith
The LET Access Series (LETAS) has announced that DP World Tour and Ryder Cup star Justin Rose and his wife  have stepped in to add an event on the 2022 calendar — with the Rose Ladies Open taking place this September.

Following on from the huge success of the Rose Ladies Series over the past few years, Kate and Justin Rose felt it was a natural progression to increase their support of the professional ladies game with a tournament on the LET Access Series.

Brocket Hall in Hertfordshire, England, will play host to the 54-hole stroke play tournament from September 23-25 which will boast a prize fund of €65,000; the largest prize fund this season outside of the Grand Final.

A field of 108 players will be teeing it up on the par-72 Melbourne Course in the season-long Order of Merit pursuit.

Noja is taking some well-earned time off after her 11th-placed finish in the €40,000 Santander Golf Tour Malaga in Spain.

“We are really excited to announce the Rose Ladies Open on the LET Access Series,” said Kate and Justin Rose.

“We want to give the female professionals more opportunities to play competitively, provide them the chance to compete for larger prize funds, provide opportunities to be seen and receive the exposure they deserve, so that we can continue to work towards change and the drive for equality and help provide the pathway to the Ladies European Tour.”

The Rose Ladies Series was created in 2020 during the height of the pandemic, inspired when Kate read about LET professional Liz Young’s search for support at Brokenhurst Manor due to the lack of playing opportunities for the women during lockdown.

The Roses immediately pledged to put their own money into a series of events to give the female golfers an opportunity to keep playing, and a tour consisting of eight one-day tournaments — including a three-day grand final — was created in the summer of 2020 and named the Rose Ladies Series.

The addition of the Rose Ladies Open to the LETAS schedule in 2022 means there are now 19 events on the 2022 calendar with the total prize money for the season reaching €850,000.

Alexandra Armas, CEO of the LET, said: “Kate and Justin’s continued commitment and support of women’s golf over recent years through the Rose Ladies Series has been fantastic. LETAS provides an excellent pathway to the LET and having the Rose Ladies Open in this year’s calendar offers another playing opportunity, which helps develop the professional game and strengthens the Tour.”