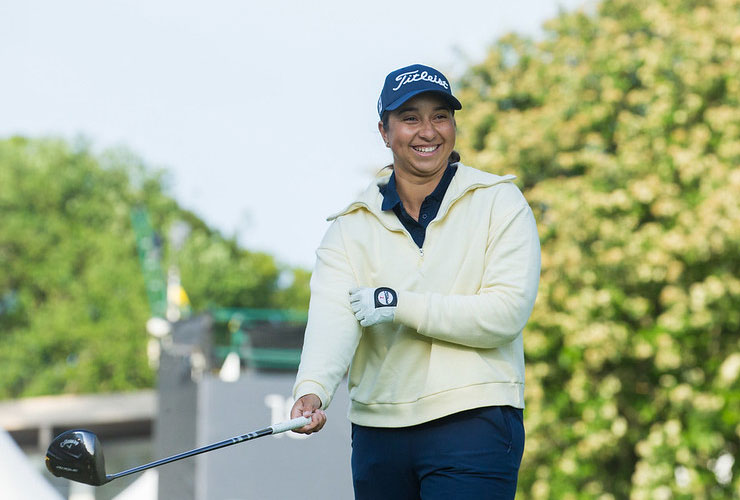 By Matt Smith
The Ladies European Tour heads to Beroun in the Czech Republic, with Dubai-based Kristyna Napoleaova flying the flag for the host nation in a 130-strong field at the Czech Ladies Open.

The 54-hole event begins on Friday, with prize money of €200,000 on offer at Royal Beroun Golf Club.

Napoleaova is one of 16 Czech players in the field, and the 26-year-old has had a great start to life on the LET, sitting fourth in the Rookie of the Year standings, a T2 finish at the Aramco Saudi Ladies International and T9 at the Joburg Ladies Open.

Another home favourite is Sara Kouskova, who won the 2021 Amundi Czech Ladies Challenge on the LET Access Series, and she turned professional a few weeks ago.

Among the big guns are three-time LET winner Meghan MacLaren from England, Sweden’s Johanna Gustavsson, who is third in the 2022 Race to Costa del Sol, and Argentina’s Magdalena Simmermacher, who sits fifth in the rankings.

Germany’s Leonie Harm finished third at the 2021 edition of the tournament, just two strokes behind winner Atthaya Thitikul. And the 24-year-old will be hoping to find that form once again and add to her one top-10 finish so far this season.

Wales’ Becky Brewerton is also competing after her T6 at the Aramco Team Series – London.