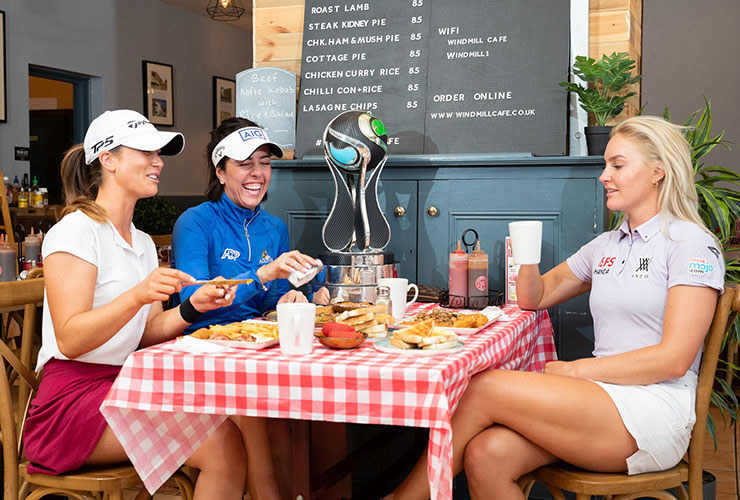 GolfDigestME.com
German pair Olivia Cowan and Sarina Schmidt have the chance to defend their Aramco Team Series – London team title this week after partnering up for the second year in a row in the tournament draft.

Captain Cowan chose to reunite with Schmidt in the hope of repeating their winning feat from last year’s debut Aramco event, which saw them triumph by three shots and claim the $1million tournament’s maiden fourball title.

That year India’s Diksha Dagar was their randomly assigned third teammate. This time around, French starlet Emma Grechi completes a line-up that will be expected to be in with a challenge this week at Centurion Club, St Albans.

Cowan, 26, said: “We’ve got the band back together, so it should be a good week! We did really well last year, mainly by just supporting each other. I think we’ll be good this year as well.

“I had a few options in the draft just in case Sarina was taken, but obviously I’m delighted I got to pick her.”

Schmidt added: “We had so much fun last year and liked pushing each other. When Olivia holed out for eagle in the final round last year, that was a turning point for us. Hopefully same again this week.” 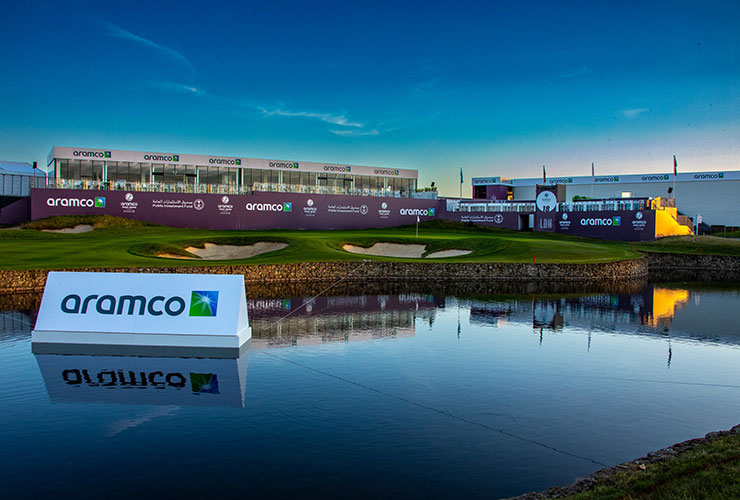 Australia’s Whitney Hillier used her captain’s pick to reunite with Finland’s Krista Bakker just a month after the pair won the Aramco Team Series – Bangkok team title together in the first ATS event of the season. Team Hillier will this week also feature Lisa Pettersson of Sweden.

“Krista’s got good vibes and she’s playing well, too, so that’s why I chose her,” said Hillier, whose title in Bangkok was her first in 10 years on the Ladies European Tour.

“We get on so well together – and I just met Lisa as well. She’s a good player too, so I’m excited to get playing tomorrow.”

Former Women’s Open champion Hall said: “I’ve met Lily a few times. She is an up-and-coming player and I’m really excited to spend some time with her. She’s a good player so I look forward to it. It should be a good week.”

On her choice of Annabel Dimmock, Charley Hull said: “I’m just looking forward to having a bit of a laugh out there, so hopefully she just brings some giggles. She’s a pal and it will be a laugh out there.”

And on Norwegian Karoline Lund, who will complete the professional element of Team Hull, the 26-year-old added: “We’ll see if she can take on the English banter!”

Sweden’s Linn Grant – fresh from becoming the first woman to win a DP World Tour event after her nine-shot win at last weekend’s Scandinavian Mixed – also opted for a countrywoman pick, with Sofie Bringer her choice.

“She’s a major champion and is a very good golfer,” said Law, who finished T6 in the U.S Women’s Open earlier this month. “I think this event requires stable players who can contribute frequently. Catriona is that person.”

This week’s London leg is the second of five $1million Aramco Team Series tournaments on the LET calendar for 2022. It is famed for its unique format, in which three LET professionals play in teams with one amateur player.

It returns to Centurion Club with a new format from last year’s inaugural Series. For this season, the teams will compete over only 36 holes – the Thursday and Friday of the tournament – with $500,000 prizemoney being split between the lowest scoring fourballs.