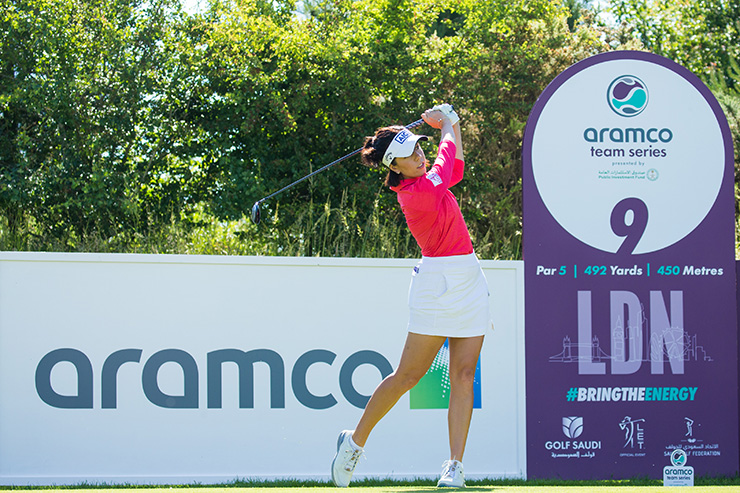 By Matt Smith
Home hope Georgia Hall and Swede Sofie Bringner got off to a flier among the early starters at the Aramco Team Series — London.

The 2018 British Open champion Hall is looking to further strengthen her bond with the Middle East after claiming the Aramco Saudi Ladies International in March.

The 26-year-old also lost out to Emily Kristine Pedersen in the 2020 Saudi Ladies International in a sudden-death playoff, and she looks in a determined mood to take another Aramco title, this time in the Team Series at Centurion Club, St Albans, just outside London.

Watch: Highlights from the Aramco Team Series first round

The Bournemouth native shot 67 to lead fellow English golfer Bronte Law by one, as the afternoon starters — including the likes of Charley Hull, Annabel Dimmock and Olivia Cowan — got under way.

However, a first bogey at the last for Hall, coupled with a stunning birdie, birdie, eagle finish for Bringner allowed the Swede to sign for a 66 and a one-stroke lead at the top.

Dutch duo Anne Van Dam and Pasqualle Coffa also made fine starts with a pair of 69s to sit on four-under.

In the afternoon, Jenny Haglund joined Hall on six-under to make it a Swedend, England, Sweden, England leaderboard. A whole host of players lurk on four-under, including England’s Hull and Johanna Gustavsson, from — you guessed it — Sweden.